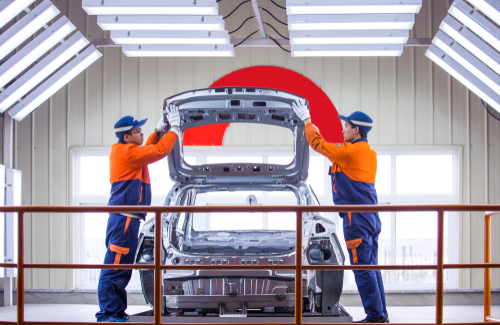 April’s passenger car sales in China plummeted 36 percent in April, year on year, to 1.04 million as more than 325 million people in as many as 46 cities remained locked at home or at work under government order to quell the spread of the COVID virus.

For the month, Tesla sold only 1,512 cars in the country, compared to more than 65,000 in March, a 94-percent drop, and the company exported no cars from China last month.

Tesla reopened its Shanghai plant in April after a 22-day shutdown but managed to turn out only 10,757 cars, a sliver of the normal output.

On 12 May, it cut daily output to 200 cars because it ran short of key components.

Toyota shut eight factories in Japan from 6 through 14 May because it was unable to get parts due from Chinese factories through the port of Shanghai. The closure will cut May’s production by 50,000 vehicles, the company predicted.

Shutdowns in Shanghai and Changchun, which together make more than 20 percent of China’s vehicles and parts, have lasted for two months.

Amid the bad news, electric car sales in April shot up 78 percent, year over year, although the pace of increase was the smallest since December 2020.

TREND FORECAST: The slump in Chinese car sales is a key indicator of where the economy is headed. Again, we forecast Beijing will do all it can to inject as much money as they can to refloat the sagging economy. However, the more money they pump in, the weaker the yuan . . .  which is at 2020 lows. And the further their currency dives, the higher inflation rises.

However, while we forecast that China will not meet its 5.5 percent rise in GDP target in 2022, unlike much of the world, its economy will not be hit by Dragflation: negative economic growth and rising inflation.