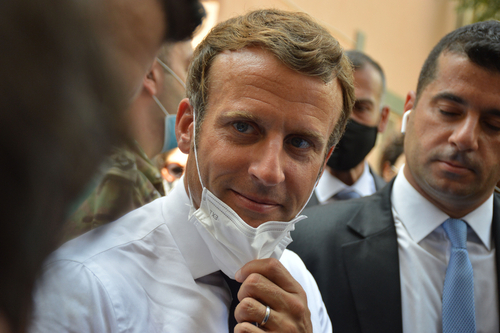 French President Emmanuel Macron was roundly criticized last week after he admitted that his objective is to make life miserable for the unvaccinated in his country amid a new surge in COVID-19 cases.

“The unvaccinated, I really want to piss them off,” he told Le Parisien newspaper. “And so we will continue to do so, to the bitter end. That’s the strategy. When My freedom comes to threaten that of our people, I become irresponsible. An irresponsible person is no longer a citizen.”

He was promptly criticized by political contenders. Marine Le Pen tweeted, “A president shouldn’t say that…Emmanuel Macron is unworthy of his office.”

Jean-Luc Mélenchon, the leftist politician, also took umbrage with his comment and said it is clear “the vaccination pass is a collective punishment against individual freedom.”

Mélenchon was referring to France’s parliament’s decision to approve Macron’s push for vaccine passes and no-freedom punishment for those who refuse.

To date, more than 90 percent of those in France over 12 years old have received at least two jabs, which makes the country one of the most vaccinated in Europe.

But despite the “herd” being what was once declared as “herd immunity,” still, the country recorded an average of 300,000 new cases per day last week.

There were 246 deaths recorded on Friday and 3,695 were being treated in ICUs. Hospitals were caring for 20,000 patients, which is the highest number since May.

Macron's comments seemed to get more people to roll up their sleeves. Olivier Veran, the country’s health minister, told reporters that there was a record number of people who signed up for the jab the day after Le Parisien published Macron’s comments.

The French have been allowed to present a negative COVID test to enter venues across the country, but the new bill, which passed the lower house in a 214 to 93 vote, will remove the option of being tested. The bill still has to pass the Senate.

Some political observers say Macron was intentional with his statement since his next election is in April 2022. France 24 reported that some analysts say the comments were "a calculated ploy to boost his image as a champion of to silence centrist majority standing against political extremes.”

The report said the image of a “responsible, centrist leader” is a key part of his electoral strategy.

“When some make from their freedom…a motto, not only do they put others lives at risk, but they are also curtailing others’ freedom,” he said. “That I cannot accept.”

Protesters took to the streets across France on Saturday to rail against the legislation and Macron’s comments. The protesters chanted, “We’ll piss you off.”

Bruno Auquier, a 53-year-old town councilor, told The AP, “I will never get vaccinated.

French officials told the BBC that more than 105,000 people took part in protests across the country and at least 34 were arrested. Ten police officers were injured in violent clashes, the report said. The protests were four times larger than the ones on 18 December, officials said.

TREND FORECAST: It should be noted that these massive demonstrations that are barely reported by the mainstream media, are just the beginning of a major march to Freedom. These new draconian COVID War measures will further drag down economic growth while escalating populist anti-vax, anti-establishment movements.

Ignoring the facts of broad based citizen outrage against draconian measures being imposed upon them by politicians and bureaucrats, the media will continue to moronically label those fighting for freedom as right-wing conspiracy theorists... just as they label those opposed to the COVID mandates in America as Trump supporters.