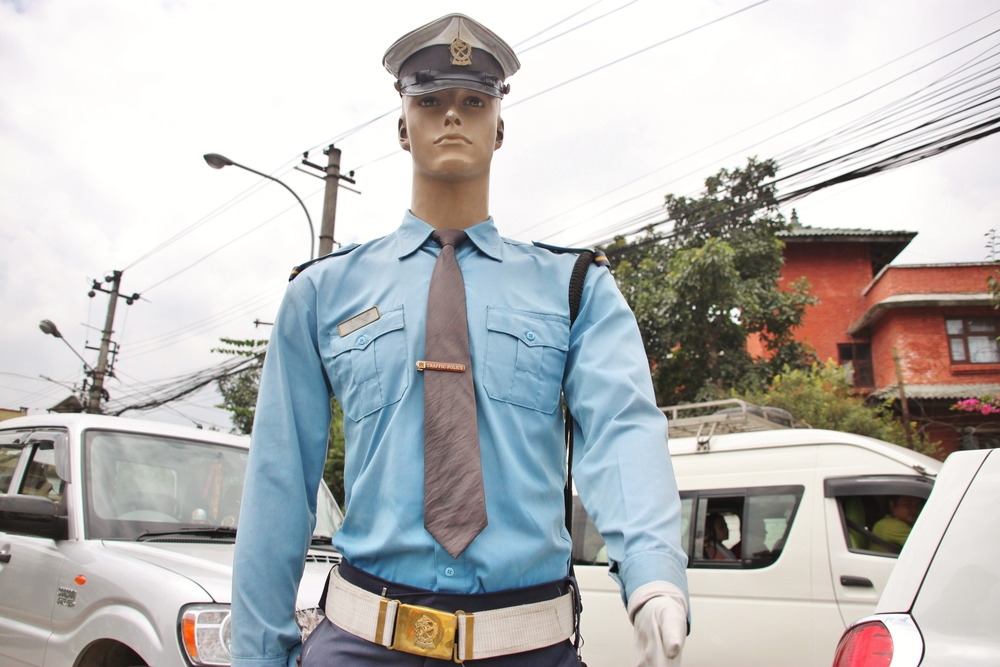 In New South Wales, you can run but you cannot hide from the government.

Police and the army are knocking on the doors of homes to make sure that there is nobody inside the property who should not be there as the government works to bring down the number of new infections. And helicopters are flying across the region to make sure no one is breaking the shelter-in-place mandates that have been imposed to fight the COVID War.

“There are a lot of people doing the right thing but this will focus on those who continue to do the wrong thing,” Mick Fuller, the New South Wales police chief, said. “We know home-to-home transmission is a huge issue for us, we know people are bringing it home from worksites that aren’t complying.”

We have reported extensively since early 2020 of the draconian measures that NSW and much of Australia has taken under the guise of fighting the COVID War (See “AUSTRALIA’S PREMIER CRACKING DOWN,” 5 January 2021, and “MORE LOCKDOWN UNREST DOWN UNDER,” 27 July 2021).

“It is 1 August today,” Gladys Berejiklian, the premier of NSW, said. “I am an optimist; it is a month for all of us to come forward and get the vaccine. The more we get vaccinated, the more jabs in arms, the greater our pathway to having an easier life moving forward.”

Personnel from the country’s defense force will work with police to visit homes. Sydney has strict restrictions that do not allow travel outside the city unless it is for essential work. Masks are mandatory at all times.

Brad Hazzard, the NSW health minister, said there is an emerging issue where those suffering from the virus are essentially hiding from authorities, ABC.net reported. He said the situation is dangerous because the disease can spread so easily inside homes.

“What we know about the Delta strain is if there is one person in the house [who has the virus], all of them are likely to get it.”

TRENDPOST: While the media keeps pumping up “cases,” they continue to ignore how many people died of the virus. In the region of 8.1 million, of the 3,427 “cases” reported since mid-June, a grand total of four people have died from the virus.

The latest was a man in his 90s that, according to the NEWDAILY, had gotten an Astra Zeneca shot. So, did he die of the virus or the shot? And if not, the COVID Jab was a failure.  And since the COVID War began 19 months ago, just 69 people have died of the virus... and as we have detailed, the vast majority are over 70 years of age.

Over the weekend, there were anti-lockdown protests in Europe. As we note in this Trends Journal, the rough, tough, heavily armed German COVID Cops beat up little kids and women in Germany for not obeying the COVID War rules.

Indeed, as we noted in our 13 December Trends Journal, under the auspices of fighting the COVID War, Germany re-imposed the Third Reich rules. We wrote:

“This past November, several thousand Germans took to the streets of Berlin in protest of the new ‘Infection Protection Law’ approved by the parliament, which gives the Chancellor the authority to issue coronavirus rules upon demand. The protestors compared the new law to the ‘Enabling Act of 1933,’ which gave Adolf Hitler the right of dictatorship over the country.”

TREND FORECAST: Again, as witnessed by the brutality of the COVID Cops in Germany and other nations—and the authoritarian draconian lockdown orders imposed by the world’s rulers which they are enforcing—should the COVID War continue to escalate, the battle for Freedom, Peace and Justice will descend into a war between the people and the state, with those not supporting the governments sent to “REFORM” camps.

Indeed, World War II and the concentration camps are not ancient history. The horrors of War are alive and well. This was reported Sunday in DW News:

On August 2, 1944, 4,300 Sinti and Roma were killed in the gas chambers of the Auschwitz-Birkenau death camp. Genocide survivors described the horrors. To this day, many of their descendants are refused compensation.”

"‘Dear Banetla, I have to tell you that my two youngest children have died.’ Those words were written by Margarete Bamberger in a 1943 letter to her sister in Berlin. It was smuggled out of what was known as the ‘gypsy camp’ at the Auschwitz-Birkenau concentration camp. Margarete, her husband Willi and their children were all detained at the death camp. Margarete and Willi survived the ordeal. Their children did not.”

And, just as the media, celebrities and the masses supported the war regimes, as evidenced, and detailed in the Trends Journal, the same groups support the leaders of the COVID War and denigrate all those fighting against it.

TRENDPOST: We have reported extensively on the scientific facts of the ineffectiveness of wearing the masks of most people, the health hazards of wearing them, and the worthlessness of wearing them outside since the odds of catching the virus outdoors is less than one percent... Yet, these hard facts are ignored by authoritarian dictators labeled as premiers, presidents, prime ministers and chancellors. (For example, see “MORE EVIDENCE: MASKS OFFER ‘LITTLE, IF ANY, PROTECTION’,”; “WEAR MASKS, GET SICK; MORE ‘CATCH COVID’ LIES.”)

TREND FORECAST: As we have long forecast the anti-vax, anti-establishment movements will continue to escalate as the COVID War 2.0 radically ramps up. It will unite factions of both left and right who believe in freedom of choice and who will resist being forced to get vaccinated.

And unlike the anti-vax movements that gained little ground before the COVID War began, when only students were being forced to get a long series of jabs, now, with mandates forcing people young and old from all walks of life to be COVID vaccinated, the fight for freedom of choice will intensify across the globe.