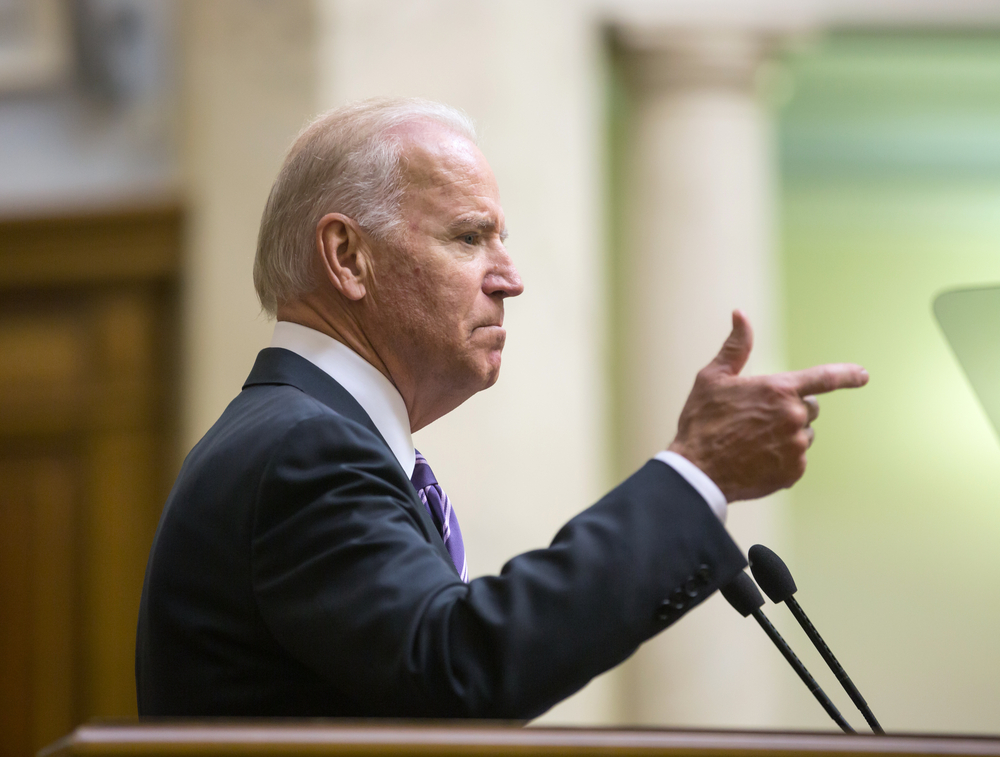 The White House keeps insisting that it will not directly involve American soldiers in the war in Ukraine, but it keeps taking steps that will inevitably lead to a large-scale open combat role for the U.S. against Russia.

Among the most recent moves to increase the pressure on the Kremlin, Biden revealed at a NATO summit meeting in Madrid on June 29th that the U.S. will establish a permanent headquarters in Poland for the Fifth Army Corps, maintain an additional rotational brigade of thousands of troops in Romania and bolster other deployments in the Baltic states.

Also, the number of U.S. troops in Europe, currently approaching 100,000, will be increased. Biden also was pleased to learn that Turkey had been enticed to drop its objection to Finland and Sweden joining NATO.

On the way to the NATO summit aboard Air Force One, Biden’s National Security Adviser Jake Sullivan advised that, “By the end of the summit what you will see is a more robust, more effective, more combat credible, more capable and more determined force posture to take account of a more acute and aggravated Russian threat.”

Presumably Sullivan was reading from a prepared script, but the objective surely seemed to be to heighten tension with Moscow rather than attempt to reduce it and come to some kind of diplomatic settlement.

NATO Secretary General Jens Stoltenberg also did his bit. In an astonishing display of derriere kissing, he responded that the new U.S. force posture commitments were demonstrative of Biden’s strong leadership. What Stoltenberg did not mention was that Biden has been lying for some time about the presence of U.S. military personnel in Ukraine. He let the cat out of the bag back in March, when he told troops belonging to the 82nd Airborne division in Poland that they would soon be going to Ukraine, observing that “You’re going to see when you’re there, and some of you have been there, you’re gonna see —” It was an admission that U.S. forces are already in place inside Ukraine even though the White House quickly did damage control, asserting that the president continues to be opposed to American soldiers being directly engaged in the fighting.

Biden also claimed that the U.S. was working to “keep the massacre [of Ukrainians] from continuing.” Again, the language was hardly designed to make some room for a possible accommodation with Russia to negotiate an end to the fighting.

The article describes a more active U.S. role in Ukraine than the Biden Administration has been willing to admit publicly. Back in February, before intervening in Ukraine, the U.S. reportedly withdrew its own 150 military instructors, many of whom were training Ukrainian soldiers on newly acquired American produced weapons.

However, some Central Intelligence Agency (CIA) paramilitary operatives and special ops troops continued their service in the country secretly, directing most of the intelligence flow the U.S. is sharing with Ukrainian forces. In addition to that, special ops soldiers from Washington’s NATO allies have been managing the movement of weapons and equipment into Ukraine and providing some specialized training.

It has also been reported that British SAS commandos are actually guarding President Volodymyr Zelensky. The NYT specifies, citing American and other Western officials, that the soldiers and CIA officers are currently not on the front lines with Ukrainian troops. Also according to the Times, even though the U.S. and NATO member states have not acknowledged the presence of their paramilitary soldiers in operational roles in Ukraine, Russia and other intelligence services around the world are aware of this.

The New York Times report appears to be generally correct, though it does omit some details, some of which I have been hearing from former colleagues in the intelligence services. There has been considerable overt training at the Grafenwoehr, Germany army base as well as at the Ramstein U.S. Air Base to familiarize the Ukrainians with the new weapons arriving. Other NATO countries are also participating in the training.

Meanwhile, the cadres of special operations soldiers and intelligence personnel operating primarily in western Ukraine are not in uniform and many of them are working under various contrived cover designations, including sometimes loose affiliations with foreign embassies and NGOs. There are also a conventional CIA Station, a group from the National Security Agency and a Military Attache’s office in the recently reopened U.S. Embassy in Kiev.

All of the above means that Biden and other western leaders have been dissimulating regarding their active participation in the Russia-Ukraine conflict. Apart from his possible gaffe, Biden will not admit that there are American boots already on the ground, but they are there and are playing a major role in both logistics and intelligence sharing.

The potential downside for the president could come when some of these soldiers in mufti get killed or, worse, captured and start to talk about their role.

Retired U.S. Air Force Lt. Col. Karen Kwiatkowski, a former analyst for the U.S. Department of Defense, observes that deploying plausibly deniable non-uniformed personnel, “is completely typical of the initial stages of a U.S.-backed long war, and for long-term political manipulation of the target country. This is the future that neoconservative ‘strategists’ in DC and their British and European allies imagine for Ukraine. Rather than a negotiated conclusion, with a new Ukrainian role as a neutral and productive country, independent of both Russian and U.S. political influences, the U.S. government and CIA see Ukraine as an expendable yet useful satrap in its competition with the Russian Federation.”

Former CIA analyst Larry Johnson sees the activity in stark terms, while also commenting that the CIA has not won a semi-clandestine insurgent war in forty years. He observes that,

“Ukraine is a proxy; the West is trying to destroy Russia, it’s that simple. It would be one thing if Russia was the most evil, oppressive, authoritarian regime in the world. It’s nowhere even close. Even though the West keeps trying to portray Russia as such. The fact of the matter is, the West wants the resources that Russia has and it wants to control Russia. [But] Russia is not about to be controlled.”

In other words, Washington might be seeking an unending war entangling Russia and limiting its options globally. The Biden Administration has staked its reputation and possible political future on enabling Ukraine to survive without succumbing to Russian territorial demands. It is a risky and even dangerous policy, both in practical terms and politically.

The persistence of the Ukrainians in their defense is largely a product of U.S. and Western Europe guarantees that they will do all that is necessary to support Zelensky and his regime, which is already seeking $750 billion in aid for “reconstruction.” If western military casualties begin to surface, the political support for the Ukraine war will begin to fade in Washington and elsewhere and there will be consequences in the upcoming midterm U.S. elections in November.

A final comment on the Times piece is in response to the question why it has appeared at all at the present time. The mainstream media has been a cheerleader for aggressive U.S. support of Ukraine and Zelensky, but now it is beginning to step back from that position, as have also the Washington Post and other media outlets. Perhaps they are becoming convinced that the game plan being promoted by Washington and its European allies is unlikely to succeed at great cost to the respective economies.

Larry Johnson puts it this way: “I think the purpose of this article coming out now is just to lay the groundwork for why we can’t put or shouldn’t put any more U.S. military personnel or even CIA personnel inside Ukraine because continuing to put U.S. personnel…inside Ukraine to train is becoming too risky because of Russia’s success on the battlefield.” One might also add that it is exceptionally dangerous. A misstep or even a deliberate false flag coming from either side could easily make the war go nuclear.