J&J VAX: ONE DOSE WON’T DO YOU 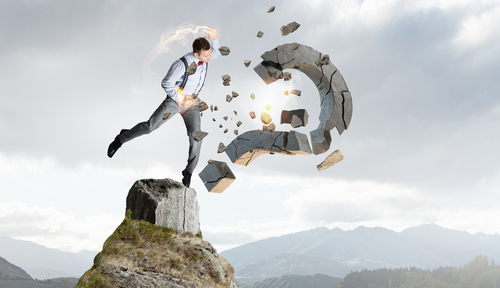 The COVID-19 vaccine from Johnson & Johnson, the one that, unlike those from Pfizer and Moderna, that was sold by the drug lords as requiring only one original dose, has now fallen out of favor with the U.S. Centers for Disease Control and Prevention. The CDC now recommends against the J&J jab.

As reported by The New York Times on 17 December, the J&J vax was already running a distant third behind the other two drugmakers' products in the U.S., with only about 16 million having received it, compared to 73 million fully vaccinated with Moderna's and 114 million with Pfizer's. And among Americans receiving booster shots, only 1.6 percent have chosen Johnson & Johnson's.

TRENDPOST: Remember that the NYT has, from the beginning, touted the notion that the benefits of COVID vaccines far outweighed any risks; see "NY TIMES: GET JABBED, IGNORE THE FACTS" (20 Apr 2021).

The CDC has not removed the J&J jab from the market; it will still be available for those "unable or unwilling" to receive either of the others. But the new recommendation is driven by new data confirming earlier suspicions of a link between the J&J vaccine and a rare blot clot disorder which has caused at least nine U.S. deaths in the last year. Those at the greatest risk are women 30 to 49 years old; see "VACCINE FAST FACTS" (18 May 2021).

The onset of the clotting condition occurred within nine days of vaccination, so those who received the J&J shot months ago are not thought to be at any risk.

In April, shortly after the J&J vaccine's debut in the U.S., officials briefly halted its use out of concern over the risk of blood clots. The condition has also been linked to the AstraZeneca vaccine, which is not approved for U.S. use. See "ASTRAZENECA VAX STILL UNDER FIRE" (13 Apr 2021); a TRENDPOST attached to that article stated:

"...After reports of several Americans developing blood clots some two weeks after getting jabbed with the 'Operation Warp Speed' Johnson & Johnson single-dose COVID Vax, U.S. Federal health agencies recommended a 'pause' in giving the shots. Following the U.S. decision to halt the jab, Johnson & Johnson announced, 'We have been reviewing these cases with European health authorities...and have made the decision to proactively delay the rollout of our vaccine in Europe'"

Finland, Denmark and Slovenia have stopped using the J&J shot, and other nations have, like the U.S., ranked it below Pfizer and Moderna. It's also been found to be generally less effective against COVID than the others; see "YET ANOTHER 'NON-CONSPIRACY' REPORT SHOWS VACCINES ARE A CRAPSHOOT" (2 Nov 2021).

TRENDPOST: So far there has been no reported links between the blood clot condition and either the Moderna nor Pfizer vaccine. However, the same NYT article tells of a CDC report of eight cases of myocarditis (swelling of the heart muscle) in children 5 to 11 who have received the Pfizer vaccine in the last several weeks. An increased risk of myocarditis was previously seen in males between 16 and 29; 11 out of 100,000 developed it a few days after vaccination; see "YET ANOTHER REASON FOR VACCINE HESITANCY" (29 Jun 2021).

TRENDPOST: As the late Gilda Radner's classic character, Roseanne Roseannadanna used to say, "It's always somethin'!" There's really no end to the list of side effects associated with the various COVID vaccines, and while some of them are quite rare, that's small comfort to those whose lives are seriously impacted; see "LATEST VAX SIDE EFFECTS STATISTICS" (28 Sep 2021).