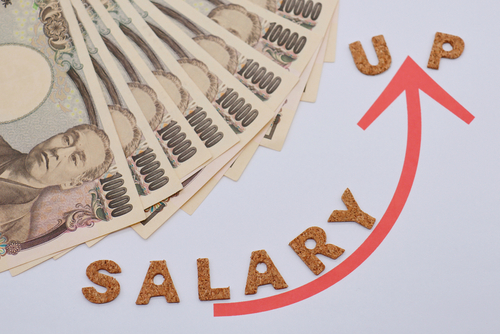 Hitachi, Toshiba, Toyota, and other major Japanese corporations have increased annual salaries by the most in seven years as part of prime minister Fumio Kishida’s “New Capitalism” campaign to narrow the gap between rich and poor.

However, only a few companies reached Kishida’s 3-percent target for the raises.

Workers have received average wage gains of 2.55 percent this year as of 17 March, according to UA Zensen, Japan’s largest union, with more than 70 percent of its members getting raises.

Actual purchasing power among the country’s workers has increased only 0.39 percent since 2000, the Financial Times reported.

Prices in Japan had been deflating for more than two years, but are rising now due to the global surge in commodity prices, with economists predicting the country’s consumer price index will reach 2 percent last month.

“Management is more aware than usual of the need to invest in people,” Akihiro Kaneko, chair of JCM, a global tech company, said in a press briefing.

“The momentum for wage increases has been strong,” Masakazu Tokura, who chairs business lobby group Keidanren, said in a statement. “I hope [these raises] will be a boost for companies considering wage hikes.”

TRENDPOST: Japanese businesses are responding to the upsurge of worker power and UNIONIZATION , one of our Top 2022 Trends.

Unions are not strong in Japan, but nonetheless, companies there are feeling the need to treat workers with more respect, and to pay them better, to maintain productivity and profitability.