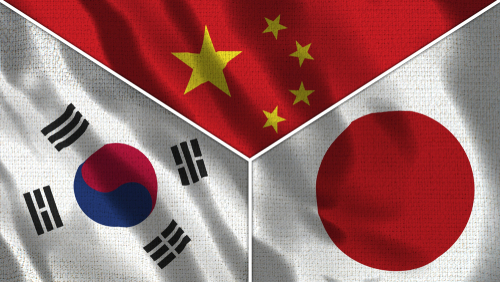 Japan, like Taiwan, is watching the events in Ukraine unfold while considering their neighbor China and their own security if Beijing ever decides to act militarily in the region.

Fumio Kishida, the Japanese prime minister, summed up his government's fears last week during a visit in London with British Prime Minister Boris Johnson. He told reporters that Ukraine could very well be “East Asia tomorrow.”

“We must show there are consequences to attack, to violence by Russia,” he said, according to the Financial Times.

In a change of tune, while Tokyo's response to Russia annexation of Crimea was called just lukewarm, with the Ukraine War intensifying, their anti-Russian rhetoric has heated up.

Japan’s foreign ministry issued a statement shortly after the 24 February invasion that Moscow’s aggression “shakes the foundation of international order not only in Europe but also in Asia.”

Kishida told reporters in London that after the Ukraine invasion, collaboration among countries “sharing universal values becomes ever more vital.” Japan has turned to the West while China continues to support Russia.

"We must collaborate with our allies and like-minded countries, and never tolerate a unilateral attempt to change the status quo by the use of force in the Indo-Pacific, especially in East Asia," he said. “Peace and stability in the Taiwan Strait is critical not only for Japan's security but also for the stability of international society."

Other European countries have also identified Japan as an important relationship to cultivate. German Chancellor Olaf Scholz took his first trip to Asia since his election win and visited Japan instead of China, which was a “departure from his predecessor Angela Merkel's preference for cultivating personal ties with the Communist leadership in Beijing,” Politico reported.

The report said Scholz admitted that his visit to Japan was "no coincidence."

"We are against all ideas of decoupling," Scholz said, according to Politico. "But one thing is clear: Our companies and we ourselves will do everything we can to ensure that nobody is dependent on supply chains from one country at a time. That is the experience we have now had with the Ukraine crisis. It will take time, but will have to play a big role for us."

TRENDPOST: The Trends Journal has reported extensively on how Taiwan is watching the Ukraine War with a close eye while considering its future if China decides to invade. (See “CHINA WON'T STOP AT TAIWAN, SO WHERE SHOULD THE U.S. DRAW THE LINE,” “WILL CHINA SOON INVADE TAIWAN? and “TAIWAN MILITARY RAMP-UP WILL NOT STOP CHINA.”)

Taiwan continues to be a source of concern for Japan, and Tokyo is trying to get a read on what the Biden administration would do if China invades. Japan has been more vocal about its support of Taipei in recent years.

Biden has said he will not commit any U.S. troops to fight for Ukraine, but has provided Kyiv with an historic amount of weapons and financing. (See “BIDEN SAYS (AGAIN) U.S. WILL DEFEND TAIWAN IF CHINA INVADES.”)

Chinese Foreign Ministry spokesperson Wang Wenbin told the Associated Press late last year that there will be no concessions when it comes to China’s security and “no one should underestimate the strong determination, firm will and strong ability of the Chinese people to defend national sovereignty and territorial integrity.”

Despite condemnations when they do so, there will be no military forces from other nations that will challenge Communist China’s military might. Indeed, America, with the largest military in the world, has not won a war since World War II and cannot even win against third-world nations, such as Afghanistan, after invading that nation some 20 years ago.

The New York Times reported on Saturday that the Biden administration has been in close contact with Taiwan and has been urging Taipei to buy American-made weapons designed to stop a seaborne invasion by China.

Confirming what we had long noted regarding China’s superiority to Taiwan and the inability of the U.S. and NATO to stop a Chinese attack on Taiwan, Gordon Arthur, a military analyst and Asia-Pacific editor of Shepherd, a defense news portal, said, “It's no secret that the Taiwanese Navy is totally overmatched by the PLA Navy.”

“Last year, for example, China commissioned some combined 170,000 tonnage of new warships—this is more than the combined Taiwan’s fleet, and reflects Chinese additions in just one year,” he said.

TREND FORECAST: As for Japan warming up to NATO, and bringing them into the alliance to fight China, it has been long in the making.

“Efforts are currently underway to expand this structure to Japan. On April 15, 2013, NATO Secretary General Rasmussen and Japanese Prime Minister Abe signed the Joint Political Declaration. The Joint Political Declaration acknowledges that Japan and NATO face the same security challenges and have been brought together by shared values.  Washington, it appears, is using Japan to bring the NATO threat to China.”