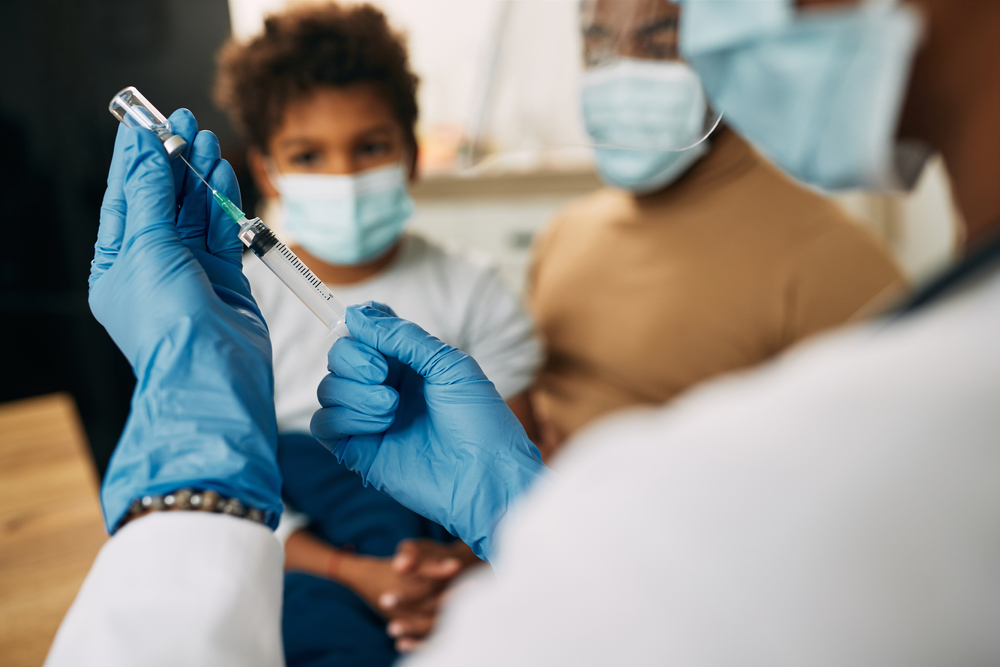 Younger Americans benefited less from taking a third booster COVID-19 vaccine jab than older adults, according to the Centers for Disease Control and Prevention(CDC).

The new data was published Thursday and found that older adults benefited the most from these jabs. But Dr. Celine Gounder, an infectious disease expert and epidemiologist at Kaiser Health News, said she does not believe that the “data support a universal booster rollout for everyone.”

Kristen Nordlund, a spokeswoman from the CDC, said the vaccine boosters remain safe and continue to be highly effective against severe disease over time.

The CDC’s report found that the Moderna and Pfizer vaccine boosters were 91 percent effective in preventing hospitalization during the two months after the shot, but after four months, protection fell to 78%. After more than five months, vaccine effectiveness fell to about 31% effectiveness.

“I’m a little surprised, according to the data, that it's starting to wane already,” Dr. Willaim Schaffner, a Vanderbilt University vaccines expert, said. He said he was not too alarmed by the study.

Dr. Rochelle Walensky, the head of the CDC, took a rare step in September and overruled agency advisers who did not recommend COVID-19 booster shots for younger, at-risk workers like teachers and nurses.

The CDC’s Advisory Committee on Immunization Practices (ACIP), on the same day, recommended the booster for Americans 65 and older and for those over 50 with underlying medical conditions but voted against the younger at-risk worker recommendation. Walensky disagreed, saying it aligns with a U.S. Food and Drug Administration booster authorization from earlier this week.

“I am surprised that Dr. Walensky overturned one of the four ACIP votes today, and I believe others will be as well,” said Dr. Yvonne Maldonado, an infectious disease expert at Stanford and the American Academy of Pediatrics liaison to the committee, said at the time.

Dr. Dan Barouch, a virologist at Beth Israel Deaconess Medical Center in Boston, said last week that he is in favor of boosters but did not want to “overstate their importance.”

“The benefit of a booster dose is clearly greater in the elderly,” he said. But is “progressively less in the lower-risk groups.”

Dr. Anthony Fauci, President Biden’s chief medical adviser, told the Financial Times in an interview that it was his belief that the U.S. is heading out of the “full blown” pandemic phase of the virus due to the amount of people fully vaccinated and available treatment options. Fauci said he could see—within a few months—the government announcing an end to mask mandates.

“As we get out of the full-blown pandemic phase of COVID-19, which we are certainly heading out of, these decisions will increasingly be made on a local level rather than centrally decided or mandated,” he said. “There we'll also be more people making their own decisions on how they want to deal with the virus.”

And as we have continually reported, rather than taking precautions to protect those most vulnerable from catching the virus, such as the overweight and obese who account for 78 percent of the hospitalization according to the CDC, those with preexisting comorbidities and the elderly... governments have imposed their draconian mandates and must get vaxxed decrees on entire populations.

TRENDPOST: The Trends Journal has reported extensively on COVID-19 vaccines and the effort by governments and The Drug Lords, i.e. Big Pharma, to find as many arms as legally possible to take the jab. (See “BIDEN’S BOOSTER PLAN: VAX YOU!” “SELLING BOOSTER SHOTS, CDC’S WALENSKY SAYS ‘FU’ TO AGENCY ADVISERS” and “THE VAX/BOOSTER MARKET: DRUG DEALER ON PARADE.”)