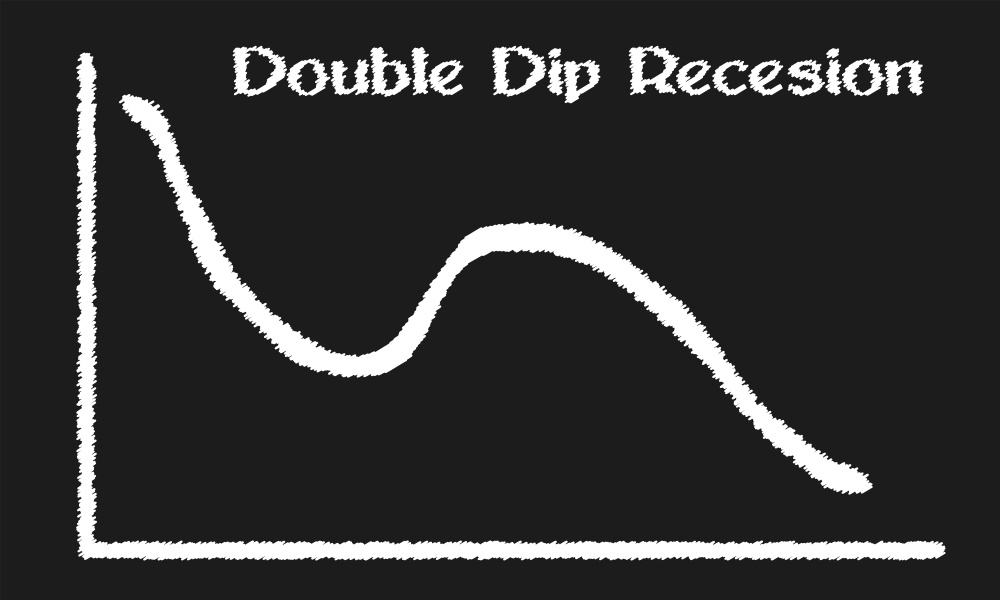 As officials and analysts had predicted, first-quarter economic figures show that Europe entered a double-dip recession in the first three months of this year.

A recession is defined as two or more consecutive quarters of economic contraction; a double-dip recession is two recessions separated by a brief recovery.

Europe’s economy shrank 0.6 percent in 2021’s first quarter, according to Eurostat, the European Union’s statistics agency. The region’s GDP sagged under the burden of rolling economic lockdowns imposed as the COVID virus resurged around the continent.

That contraction followed a 0.7-percent retreat in 2020’s final quarter.

The Eurozone’s GDP has receded in four of the last five quarters, with productivity off 1.8 percent year on year during 2021.s first three months.

Italy gave back 0.4 percent growth as its service sector lagged; Portugal lost 3.3 percent under yet another COVID-inspired shutdown.

The U.K. has yet to report its quarterly figures. Its economy grew 0.4 percent in February, but analysts expect Britain also to have fallen back for the quarter overall, due to a drastic lockdown in January.

Europe’s economy will reverse the loss and show gains this quarter, many observers believe.

The continent’s consumers will spend an additional €170 billion this year, adding 1.5 percent to the region’s growth, according to analysts at Allianz.

TREND FORECAST: There will be an EU economic bounce-back as nations unlock and businesses reopen.

However, countries such as Germany, the continent's #1 economy, were trending into recession at the end of 2019... before governments launched the COVID War. Therefore, after a GDP spike, European Union growth will trend toward moderate and negative in the coming years.

With the EU pushing for vaccine passports, tourism, which accounts for double-digit percentages of GDP for many nations, will not rebound to pre-COVID War levels.

Indeed, today tourism ministers from the Group of 20 were championing a Digital Green Certificate to prove travelers have been fully vaccinated, have immunity, or tested negative upon entry as they cross borders. Yet, according to data compiled by Oxford University, as of Sunday, EU member states had administered 33.6 vaccine doses per 100 inhabitants – less than half the level in the U.K. and the U.S.

Under a proposal unveiled, EU member states said they would reopen borders to travelers who are fully COVID vaccinated. Thus, there will be hesitancy among many to travel should governments push the requirement that all tourists must be vaccinated.

TREND FORECAST: According to the World Travel and Tourism Council Travel, tourism’s contribution to global output collapsed by 49 percent to US$4.7 trillion in 2020, causing the loss of 62 million jobs, and international visitor spending plummeted nearly 70 percent.

As for Italian Prime Minister Mario Draghi’s statement today at a press conference that “Our mountains, our beaches, our cities are reopening ... I have no doubt that tourism in Italy will come back stronger than before," we disagree.

Yes, there will be a spike, but with hundreds of millions of lives and livelihoods destroyed across the globe, tourism will not be “stronger than before.”