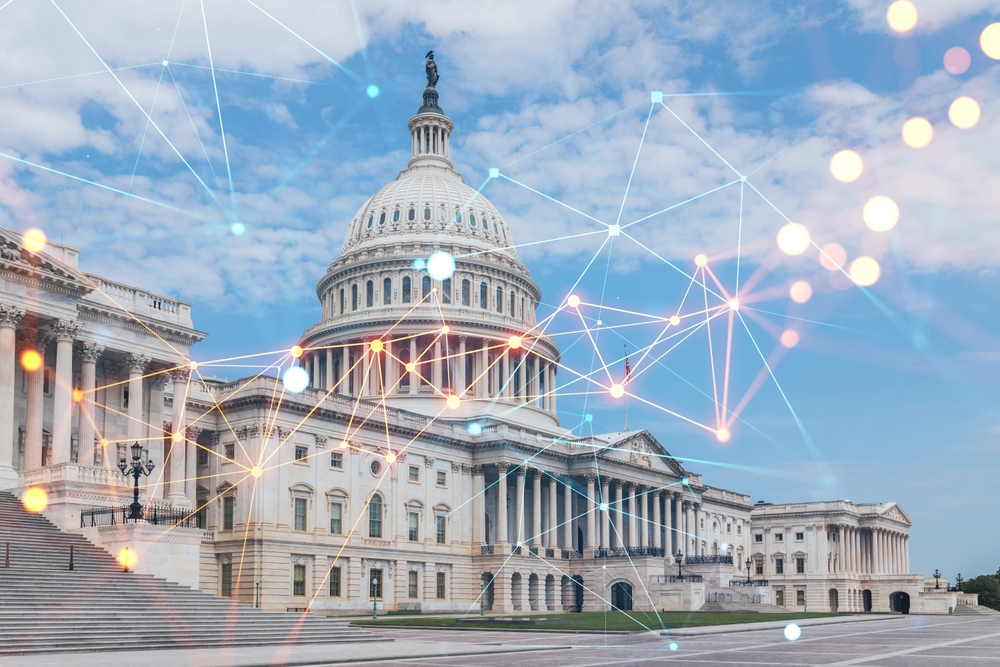 There is an insurrection hijacking our democratic institutions, gaming our “free and fair” market based economy, meddling in our elections and controlling the news narrative.

But it has nothing to do with average Trump supporters.

While Congress has busied itself holding J6 show trials to divide and distract Americans, Big Tech is kneecapping the popular will of the People with hoards of cash to stave off antitrust legislation.

2022 was supposed to blossom with an “Antitrust Summer,” as the advocacy group Fight For The Future tagged it.

Hundreds of organizations came together to encourage and push politicians to address the widespread abuses of Big Tech de facto monopolies.

But the latest news has ended the promise of summer, and several legislative initiatives, with a fizzle of literally nothing to show.

Progress on one of the most important pieces of legislation, The American Innovation and Choice Online Act (AICO), has grinded to a halt in the Senate, according to a 6 September vox.com article.

AICO would bar big tech companies from favoring their own products over those produced by third parties on the platforms they control.

For example, Amazon would not be able to rank its own products higher in search results on its platform than those by other companies, unless those products had earned a higher ranking via a neutral algorithm.

Similarly, Google would not be permitted to rank its own maps or user reviews higher in Google search results than those of competitor maps and review services, etc.

Some argue that as a selling platform marketed to vendors, Amazon should be barred from selling any products that compete with vendors using the Amazon platform.

Companies like Amazon and Google gain a huge advantage from their ability to access and mine granular detailed third-party vendor data, including pricing activity, product sourcing, details and more.

Even if they don’t engage in something as obvious as placing their own competing products and services at the top of search results on their platforms, their position as an overarching service and gatekeeper constitutes a major competitive advantage when they choose to compete with their vendor customers.

But, despite its limitations, AICO would be a start toward curbing the rampant abuses tech companies like Amazon, Google, Apple, Meta and Microsoft have been engaging in for years.

Given the kind of “leadership” for the AICO shown by Senator Amy Klobuchar (D-) and others, it’s not hard to see why the “Antitrust Summer” effort has so far failed.

Klobuchar herself has seemed more interested in promoting the bogus J6 narrative than in galvanizing Congress to target mega billionaires instead of Capitol trespassers.

She drew a frankly nonsensical connection between J6 and antitrust legislation in an early September tweet, referenced by recode:

“‘It's always a good time to defend democracy,’ states  @SenAmyKlobuchar, referencing Liz Cheney's bravery and the courage of those who have stepped forward to identify those who participated in the Capitol riot. #CodeCon”

Instead, she grilled him on whether the platform was policing political ads for “misinformation,” a term hopelessly twisted to mean information deemed verboten by the political establishment.

Klobuchar has offered soundbites about big tech money snuffing out legislation she and others have backed, as Vox pointed out:

“It is really hard to take on these subjects when you have the biggest companies the world has ever known, that control an inordinate part of the economy, opposed to it. It is an incredible amount of money I’m up against. I have two lawyers. They have 2,800 lawyers and lobbyists. So I’m not naive about the David versus Goliath.”

Positing Congress or the Federal Government as a “David” versus the Goliath of Big Tech could be construed as a breathtaking rhetorical deception.

The Federal government has more than enough resources and power to regulate and legislate whatever it wants.

If Klobuchar were more honest, she would just say that her colleagues and Federal bureaucrats are quite happy to be in bed with tech companies, for a variety of reasons.

They are regularly plied with campaign contributions of course.  But it goes far deeper.

Then there’s the circumventing of Constitutional rights of Americans that has developed via Congress pressuring private corporations to censor speech—something which they are prohibited from directly doing by the First Amendment.

No, the Federal government isn’t too small and powerless to confront Big Tech. Quite simply, there’s just no money in it.