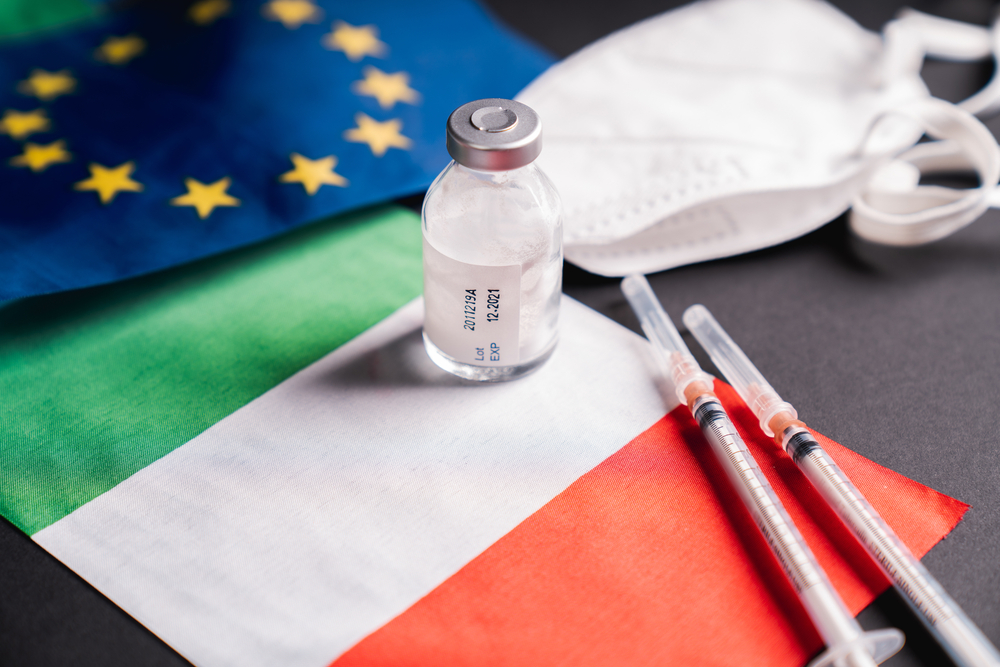 Prime Minister Mario Draghi was unsuccessful in talks with Moderna chief executive Stephane Bencel in an attempt to get the American pharmaceutical giant to produce its vaccine on Italian soil.

According to the Financial Times, on 20 April, while Moderna did not make any public comments, it is known that it “lacked the capacity to oversee the transfer of the necessary technology to Italian manufacturing sites or to staff those sites with the expertise needed to increase production” and the company “pointed to a general lack of qualified vaccine staff as a constraint to the expansion of manufacturing.”

Draghi’s attempt to woe Moderna is part of a much larger, new strategy by the EU to move away from the AstraZeneca and Johnson & Johnson injections, which have proved problematic.

As the Financial Times article reports,

“Several European nations have either restricted or halted use of the AstraZeneca shot after the European Medicines Agency found a causal link with a very rare side effect involving blood clots.

The halt to the shipping of the Johnson & Johnson vaccine took place on 31 March when it was discovered that 15 million doses had been tainted due to a mix-up at the Baltimore plant where the vaccines were being assembled.”

The Financial Times also reported that the Italian government has held meetings with Moderna and Switzerland’s Novartis and ReiThera, all of which produce the mRNA-based vaccines.

On 15 April, the EUobserver published the article: “EU to buy 1.8bn BioNTech jabs, in switch to mRNA vaccines.”

EU President Ursula von der Leyen announced that the massive deal was with Pfizer/BioNtech. A commission spokesperson told EUobserver that “all options are open to be prepared for the next state of the pandemic, for 2022 and beyond.”

TRENDPOST: As we have been reporting, when the vaccines were first being pumped by the media and politicians, the public was told one or two shots and they’d be safe from getting the virus. But now it is being sold as a yearly shot.

It should be noted that the mRNA vaccines now aggressively sought by the EU are a never-before-tested technology. The Pfizer-BioNtech and Modena “vaccines” are the first ever to use this genetic strategy.

Unlike previous vaccines, which inject a small amount of the virus itself into the body so it can trigger an immune response if exposed in the future, the new technique creates a synthetic version of RNA, which is very similar to DNA.

When this synthetic gene is injected, the body starts building a COVID-19 “spike protein” that alerts the immune system to create antibodies, which will attack any COVID-19 encountered in the future.

The Pfizer-BioNtech and Moderna vaccines are the first using this new genetic technology and were released after only three months of trial through the Emergency Use Authorization of the U.S. FDA.

On its website, the FDA states the Emergency Use Authorization was initiated “to help strengthen the nation’s public health protections against chemical, biological, radiological, and nuclear (CBRN) threats including infectious diseases, by facilitating the availability and use of medical countermeasures (MCMs) needed during public health emergencies.”

It should be noted that in the rush to get everyone vaccinated as the only way to win the COVID War, drowned out are warnings such as the one issued back when the virus was first reported spreading around the globe.

On 31 March 2020, the website of the Association of American Medical Colleges (AAMC) stated:

“A viral disease spreads across the globe, causing debilitating illness and death in numbers that mount by the day. Scientists race to develop a vaccine as panic grows, and within a year, millions of Americans get inoculated. The scourge recedes.

Except for those who get one of the 120,000 doses that accidentally contain the live virus. Some 40,000 inoculated children contract a mild form of the disease. Dozens more children get stricken by the paralysis that the vaccine was designed to prevent, as do over 100 other people who pick up the virus from the inoculated children. Ten of them die.

Such tragic errors from inoculations against disease—this one from the polio vaccine developed by Jonas Salk, MD, in the 1950s, one of the most successful immunizations in history—help to explain why an anxious world must wait up to two years for a vaccination to shield people from the potentially fatal novel coronavirus.”

Instead of two years, the mRNA vaccines were produced and released to the public in less than one year.