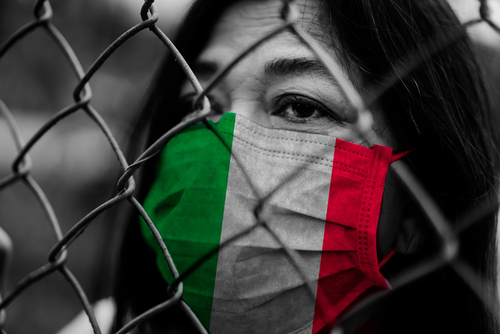 Italy has mandated vaccinations for its elderly, forced citizens to use vaccine passports to go to work, eat in restaurants and cafes, and has enforced some of the most restrictive COVID-19 lockdowns in Europe... but all of those measures could not prevent 150,000 deaths tied to COVID-19.

Nicola Magrini, the director of the Italian Medicines Agency, told reporters that the country will not roll out a fourth mRNA vaccine jab despite a surge in cases.

She envisioned a world where these vaccines will be given out on an annual basis. She also mentioned that Novavax, which does not use mRNA, is now available for Italians.

“It’s a protein vaccine, like the flu vaccines. It will be a small supplement compared to the other mRNA vaccines. Some seem to prefer it, so Novavax will soon be an option,” she said.

TRENDPOST: As of Saturday, the country of some 60 million recorded a total of 150,824 COVID deaths, which is the eighth highest COVID death rate in the world.

However, what the Presstitute media did not report, is that while the Italian government has executed among the harshest COVID War mandates on the entire population... the death rate for individuals under 60 years of age is well below one percent, according to statista.com

We reported that Italy was the first Western nation to launch the COVID War in 2020 and the first to impose draconian lockdown mandates on its population.

The country has also led the way when it comes to stripping freedoms from its people with its “No Jab, No Job” Green Passport declaration.

Protests broke out in the country in opposition to these mandates but demonstrators were called fascists in media reports and the police have shut them down.