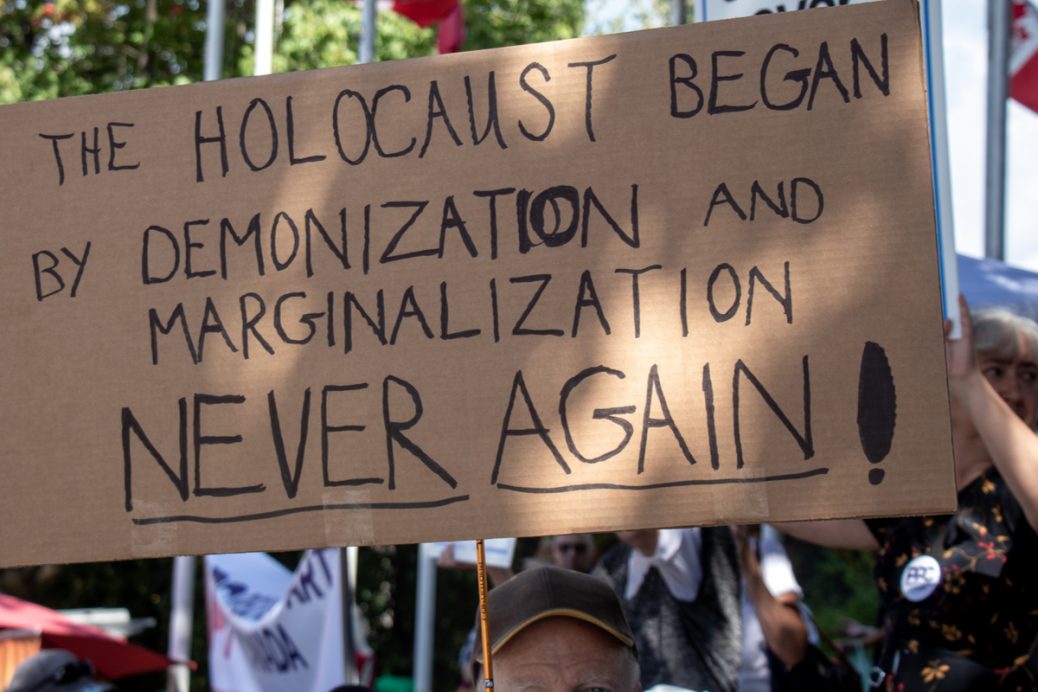 Tens of thousands of Italians took to the streets in Rome and across Italy in opposition to Italy’s so-called “Green Pass” for employees at the workplace.

The main focus of the Presstitutes was to instead focus on a few protesters who broke into the headquarters of CGIL, the union that supports the vax passports, damaging some of the office, the report said.

Maurizio Landini, the secretary-general of CGIL, said in a statement that the attack on the office was an attack on democracy itself.

“No one should think they can take our country back to the Fascist years,” he said in a statement.

Mario Draghi, the prime minister, said the protests will not deter the government’s vaccination drive.

“The right to demonstrate one's ideas can never denigrate into acts of aggression and intimidation,” he said in a statement, according to the AP.

The prime minister called Landini to express “the government’s full solidarity for the assault that has taken place today in Rome.”

“Trade unions are a fundamental stronghold of democracy and of workers’ rights,” Draghi said in the statement. “Whatever intimidation they face must be repelled with absolute firmness.”

Another group marching to Draghi’s office was attacked by police who drenched them with water cannons. Dressed in full Nazi riot gear, the police beat protesters with batons.

While the Italian Presstitutes reported there were up to 10,000 participants, the organizers put the number at about 100,000 at Piazza del Popolo.

The Green Pass (first issued by Israel last year and now the global symbol of vaccine repression) is already required throughout Italy, but beginning 15 October, employees and employers—both private and public—risk fines or suspensions if they do not require them from their employees.

Any worker who does not have one of these passes will be suspended without pay, according to Reuters, but they are not allowed to be fired. The wire reported that 80 percent of Italians who are 12 and older are fully vaccinated.

Italy led the way with COVID-19 passports in Europe when in September it became the first to mandate these passports for workers, France followed and Germany will also demand them.

The AFP spoke to one protester who said he and his wife work as nurses and—despite an exemption—were “suspended two months” from their jobs. Another protester in Rome traveled from Como to protest. He said he has to “pay to work, it’s absurd.”

TREND FORECAST: Although one of our Top Trends for 2021 was the “Youth Revolution,” as per the photos of the protesters, most were adults, not the younger generations. Indeed, it is the working class that knows what they will lose if they refuse the jab... and will never get it back, unlike the young that are just beginning to enter the workforce.

However, the young generation, who view COVID as an old people’s virus, since few among them die from it and they are less afraid of it, will rebel when it comes to getting booster jabs... and jabs for life.

Thus, we maintain our forecast that there will be ongoing resistance among an irate tireless minority to protest the vax passports that will result in the formation of new anti-establishment populist movements.

TRENDPOST: While the protesters were denounced as “Fascists,” Mario Draghi, the Prime Minister of Italy, by his deeds and who he is, is Fascism personified...  since according to Benito Mussolini fascism is “the merger of state and corporate power.”

How can anyone be so ignorant and blind not to see the reality of a Fascist who, as the leader of European Central Banks, Draghi lowered interest rates to below zero so the “Bigs” can borrow money for nothing and grow bigger while the Peasants of Slavelandia get no interest on their bank deposits?

Yes, Fascist Draghi who, as head of the ECB stole trillions of dollars from the people to enrich the “Big” with his quantitative easing plans that buy up corporate debt... indeed, “the merger of state and corporate power.”

Mario Draghi, former Director General of the Italian Treasury, Governor of the Bank of Italy, World Bank bandit, head of the Gold Sachs European division... a money Junkie supreme who’s merged state and corporate Fascist powers said regarding those refusing to take an Operation Warp Speed gene therapy vaccine—the first ever to be injected into human beings—“The right to demonstrate one's ideas can never denigrate into acts of aggression and intimidation.”

Yet, totally ignored by the media who bow down to him, clearly, Draghi’s vax mandates, among the toughest in the world, are prime examples of human denigration, acts of aggression and FASCIST intimidation... as reinforced and exemplified by the Italian Nazi Goon Squad Polizia.