ISRAEL: NO VACCINE, NO GREEN PASSPORT 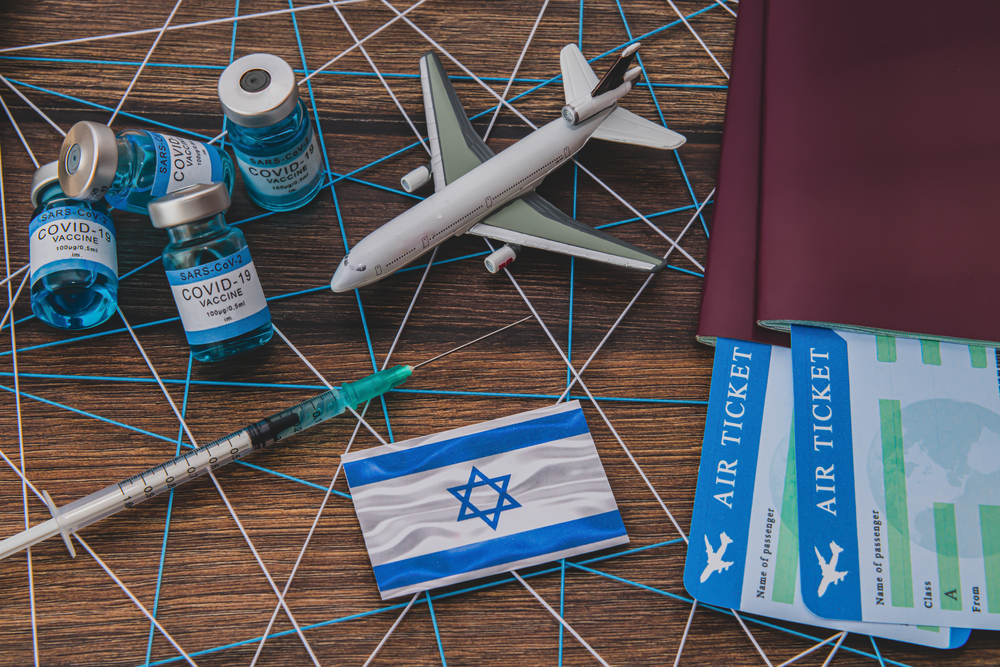 It’s official. Israel announced last week the requirement for citizens to get a Green Passport if they want to shop, go to gyms, theaters, hotels, sporting/music events, etc. The only way to get the passport is to get two COVID Jabs or provide medical proof of having recovered from the virus... or else your banned.

Last Thursday, Yuli Edelstein, Israel’s Minister of Health, announced, “There will soon be jobs where, in order to work, the workers will have to either be vaccinated or undergo a COVID-19 test every 48 hours.” While refusing to identify which jobs will require vaccination proof as a requirement for employment, he said everyone must get the shot so that life could become “almost normal.”

Mr. Edelstein added that a number of fake documents claiming the holder had been vaccinated had been found by authorities and that anyone caught with a fake certificate will be subject to time in jail.

Lifting weights at a gym in Petah Tikva near Tel Aviv late Saturday, according to the Times of Israel, Prime Minister Benjamin Netanyahu said, “Go and get vaccinated… Get the Green Pass and start to return to life.”

Green Pass holders will be able to download the app from the country’s health ministry, which will link to their personalized medical files.

With about half of its population having received the first dose of the COVID vaccine, to date, Israel is a global leader in vaccination rates.

This past Sunday, Microsoft News reported, “Israel’s green pass scheme is being closely-watched as a possible model for how other economies might re-open once a substantial part of the population is vaccinated, while stirring controversy over unequal access for those who opt out of the jab.”

TREND FORECAST: Israel has set the trend. No COVID Jab, no Freedom. To date, according to an article published in the Jerusalem Post on 18 February, 87 percent of the COVID death rate in Israel are people aged 65 or older. In the nation of over nine million, some 5,000 died from the virus or 0.06 percent of the population. Yet, as with most other nations, the country had been locked down, and there is a mass push for vaccinations.

We maintain our forecast for strong anti-vax political movements in nations across the globe.