ISRAEL: NO BOOSTER, NO ‘GREEN PASS,’ NO FREEDOM 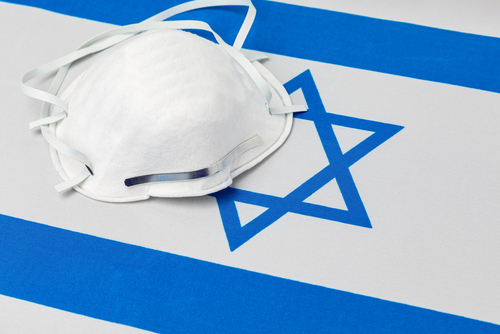 Israel, the country to first introduce a COVID-19 ‘green pass’ for those fully vaccinated to resume some semblance of “normal” life, announced that only those who have received the third vaccine booster jab will be eligible for the card.

The announcement from Tel Aviv’s advisory cabinet on Sunday sparked protests across the country of 9.2 million who lashed out at what they see as a form of forced vaccination, the Associated Press reported.

The Trends Journal, on 23 February, published an article titled, “ISRAEL: NO VACCINE, NO GREEN PASSPORT,” that called Israel a trailblazer in early COVID-19 “passport” adoption. We predicted that Israel “set the trend” for the rest of the world: No COVID Jab, no Freedom.

(For more on this, see our 2 March article “NO JAB, NO FREEDOM” and our 19 January article, “AIRLINES & BUSINESSES: NO JAB, NO ENTRY.”)

Since then, the country’s rollout of the card system has been plagued by technical issues.

The country spent this summer focused on promoting a third COVID-19 vaccine jab to ward off serious infection. About 3.5 million in the country have received a booster shot, the AP reported. The report pointed out that 70 percent of those currently hospitalized with serious cases have not been vaccinated—which means 30 percent are vaccinated.

TREND FORECAST: Once again, Israel has set the trend that will be embraced by the rest of the world: no booster shot, no life. Every year, or possibly every six months, people will be required to roll up their sleeves to take a jab to protect them from some new variant that makes the previous jab less effective.

And as we have forecast, there will be growing anti-vax, anti-establishment movements to counter the forced vax mandates in many nations across the globe.