ISRAEL: COVID DRUG MUCH LESS EFFECTIVE THAN WHAT WE’VE BEEN SOLD 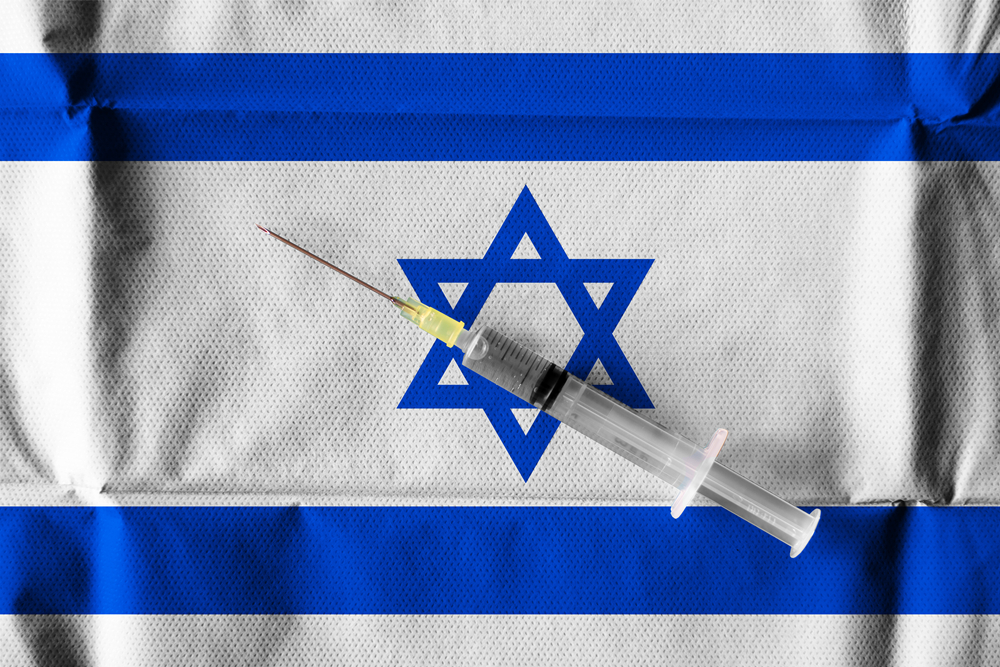 Findings from an analysis by Israel's Health Ministry and announced to the public on 19 July show a significant decrease in the effectiveness of the Pfizer-BioNTech CORONA vaccine, according to an item published 20 July by Ynetnews. Statistically, the vaccine's ability to protect from COVID infection has diminished by 42 percent since Israel's vaccination program started.

And the vaccine's ability to protect from severe illness went down 60 percent among those who were vaccinated in the early stages of the program. Most of those receiving the vaccine in those early stages were over age 65, so health officials are unsure whether other age groups would be similarly affected.

Health officials are similarly unsure whether the decrease in effectiveness is attributable to the vaccine or to the greater resistance to the vaccine exhibited by the Delta variant. Either way, Israeli authorities are now considering booster shots for the over-65 population.

A program of administering a third shot began last week, targeting those with compromised immune systems, including those who have undergone heart, lung or kidney transplants. (Note that such persons face increased risks to their survival, with or without COVID.)

Israel may have the most thoroughly vaccinated population in the world, as we reported on 9 February in "ISRAEL: EVERYONE 16 AND OVER TO GET VACCINATED." In that article we pointed out that, at that time, Israel had logged about 5000 COVID deaths out of a population of some 9,200,000, or about 0.05 percent. And the overwhelming proportion of those deaths were among the elderly or infirm.

TRENDPOST: Absent in the mainstream coverage of the Israeli study of the ineffectiveness of the Pfizer COVID Jab is the fact that the Centers for Disease Control and Prevention’s claim that “Based on evidence from clinical trials in people 16 years and older, the Pfizer-BioNTech vaccine was 95% effective at preventing laboratory-confirmed infection with the virus that causes COVID-19 in people who received two doses and had no evidence of being previously infected.”

TREND FORECAST: With ongoing warnings of new, more infectious COVID variants, we forecast there will be calls by the Drug Lords, Presstitutes and politicians for a yearly COVID Jab. Indeed, as we have noted on 20 April, "PFIZER CEO: THIRD TIME IS A CHARM”,  Albert Bourla, Pfizer’s CEO has been selling the line that annual vaccinations might be required, just like annual flu shots. And that was well before the phrase "Delta variant" had entered the lexicon.

And on 11 May, in "DRUG COMPANIES CASHING IN ON COVID," we also reported that Pfizer viewed production of COVID vaccines as a "durable revenue stream," and was in discussion with "basically all governments of the world" about providing booster shots through 2024!

TRENDPOST: Although it was originally hyped as being 95 percent effective against COVID-19, the vaccine from Pfizer appears to not maintain that level, according to Israel's Health Ministry.

Whether the loss in potency—falling to less than half of that 95 percent level—is a function of time or a function of how the vaccine deals with the Delta variant is as yet undetermined.

And the Israeli data may be contradicted by a U.K. study also published this week, involving 20,000 people and finding that the vaccine was 88 percent effective against symptomatic COVID-19.

Thus, the bottom line is that the “Operation Warp Speed” jab was rushed to market and lacks long term studies, and therefore its long term effectiveness and health implications are unknown. Yet, this type of analysis is forbidden and anyone doubting the official line is a conspiracy theorist and/or a believer of misinformation.