ISRAEL: BOOSTS COVID SHOTS FROM 2 TO 3 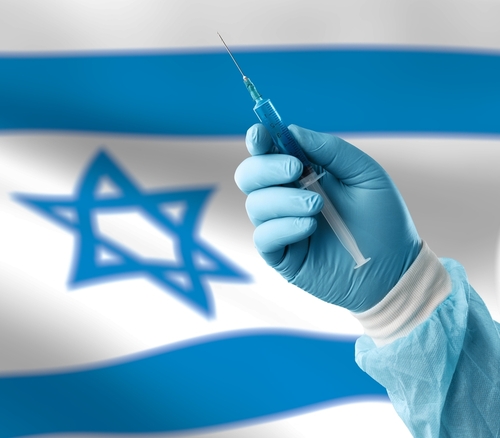 Go back to November/December 2020.

All of the media and politicians were selling the lie that after two jabs the COVID vaccination had a 96 percent efficacy rate.

Tel Aviv announced new restrictions for citizens who have not received a third vaccine booster shot.

In February, the Trends Journal published an article titled, “ISRAEL: NO VACCINE, NO GREEN PASSPORT,” that identified the passport as a key to returning to normal life. In order to obtain the passport, Israelis needed to prove that they had both shots of either the Moderna or Pfizer vaccine.

We wrote at the time that Israel has set the trend for the world: No COVID jab, no freedom.

The government now says Israelis must get a third dose within six months or lose their passport. Nitzan Horowitz, the country’s health minister said, according to Al-Monitor:

“This is simply because, in terms of its effectiveness, the vaccine is valid only for a period of five or six months. After about half a year, you have to get a third dose. Otherwise, the vaccine loses its power. The Green Pass testifies that a person is safe in a certain way. So the moment we know that the vaccine loses its effectiveness after a certain period, there's no justification for giving a Green Pass to someone who hasn't gotten another dose.”

More than 2 million residents in the country have received their third dose.

David Dowdy, an epidemiologist at Johns Hopkins University, told The Wall Street Journal that there is “no question” that a third jab would provide high levels of immunity, but questioned how long that immunity would last.

Other countries have raised concerns about the effectiveness of these vaccines essentially wearing off after some time. Yale Medicine said that data from New York “showed vaccine effectiveness dropping from 91.7 to 79.8 percent against infection.”

Albert Bourla, the head of Pfizer, told CNBC in July that the vaccine steadily declines over time, at a rate of about 6% every two months.

TRENDPOST: There is, indeed, a great future in booster shots, especially for companies like Bourla’s that make them; see our Trends Journal 3 August 2021 article "NO LETUP IN SURGE OF VAX BIZ REVENUES."

Israel, a country of 9 million, has been viewed as something of a testing ground for the effectiveness of coronavirus vaccines because of its health infrastructure and relatively small population. In July, we ran an article, “ISRAEL: COVID DRUG MUCH LESS EFFECTIVE THAN WHAT WE’VE BEEN SOLD.”