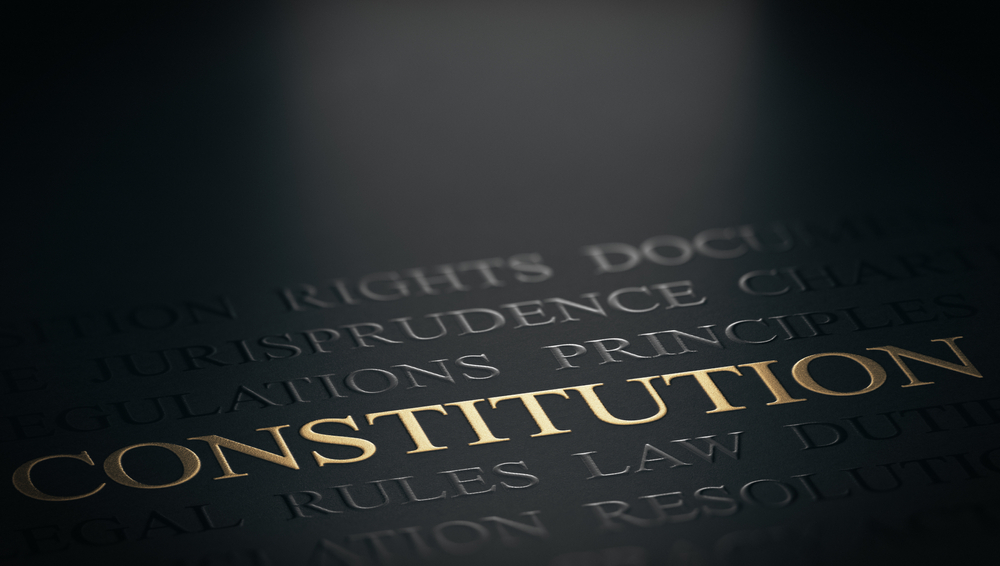 It passed under the radar of most news outlets, but two more states recently signed onto a call for a convention of states to amend the United States Constitution.

The state legislatures of Nebraska and Wisconsin approved measures for those states to participate.

Grassroots supporters involved in the Convention of States Project (COS) have been organizing to encourage states to opt to convene a convention, to propose and vote on amendments that would update the U.S. Constitution.

Though the original Constitution itself lays out a Convention Of States as a means for updating the highest law of the land, no such convention has yet occurred in the nation’s history.

Congress has proposed all 27 current amendments, which required the backing of two-thirds of both the House and Senate.

A total of 17 states have now authorized a Convention of States. But the hurdle to actually convening one is a call by two-thirds of state legislatures. That would be 34 states.

In other words, the current movement is only half-way there.

Time will play a factor in whether enough states sign on, since legislatures like Nebraska that have so far approved a Convention, have set a time limit on their approval.

If two-thirds of states have not signed on by 2027, approval of some states including Nebraska would be revoked.

Backers of a Constitutional Convention of States have different objectives. COS says it wants to "impose fiscal restraints on the federal government, limit its power and jurisdiction, and impose term limits on its officials and members of Congress."

To that end, the group has proposed three amendments for a Convention of States to consider.

The first would require the federal government to have an annual balanced budget. The second has provisions for restricting federal power. And the third calls for implementing Congressional term limits.

Many analysts believe it’s highly unlikely any blue states will sign onto calling a convention to consider a balanced budget amendment or an amendment restricting Federal powers.

But some believe an amendment limiting the tenure of politicians could have more traction.

The whole process is further complicated by the fact that some states which have signed onto a convention haven’t specifically authorized consideration of one or another of the proposed amendments.

Mississippi’s legislature, for example, authorized participation in a Convention of States in 2019. But the authorization limits the state to voting only on a balanced budget amendment and an amendment restricting federal powers.

According to The Yazoo Herald, activists are currently trying to get the state legislature to amend its participation so it could vote on a congressional term limits amendment.

Other factors and forces make the chances of a Convention of States even more uncertain.

COS admits that global elites, including George Soros and his webs of well-funded organizations, are using their considerable resources to oppose the Convention:

“George Soros, 230 statist organizations, and a few radical fringe groups are attempting to defeat the Convention of States movement with fear tactics. They are actively spreading misinformation. Don’t be duped by those who benefit from concentrated power in Washington, D.C. In these thoroughly researched articles, we address each of the concerns and myths raised.”

Soros made news in January for making the largest ever political party donation in American history, giving 125-million dollars to the Democratic National Committee.

COS believes the answer to the corrosive undermining of democracy by powerful elites and centralized authorities has its antidote in Article V of the Constitution.

Article V lays out the mechanism for a Convention of States and was put in place as an ultimate check against abuse of power:

“Article V was put in the Constitution to give the people the ability to combat an overreaching and tyrannical federal government, and an army of grassroots patriots is now using that tool to take back our freedom, and restore a system of self-governance. Article V is the last, best hope for America.”

States have the ability to organize a convention to propose constitutional modifications without the permission of Congress under Article V of the Constitution. Two-thirds of state legislatures (34) must officially endorse the convention for it to take place.

This process of amending the Constitution has never been utilized before. Congress has proposed all 27 current amendments, which need the backing of two-thirds of both the House and Senate.

Whether it will happen in the foreseeable future is something that will depend on whether more Americans become aware of the movement, spread the word, and get involved.

For more info on COS, visit conventionofstates.com.