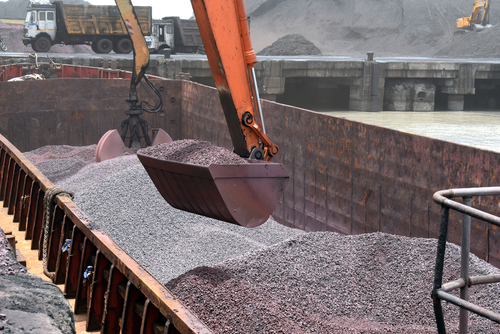 Iron ore prices have fallen by nearly half from their 20 July high above $219 per ton under pressures from China’s slowing property market, The Wall Street Journal reported.

Evergrande, China’s largest property developer, owes more than $300 billion that it has announced it might not be able to repay; the company missed an $83.5-million interest payment last week on a dollar-denominated bond.

Also, the country has seen fewer construction starts this year and the value of China’s home sales in August was 20 percent below that of a year earlier.

Together, those signals have led investors to think the market for steel might be shrinking.

China’s real estate developers use about 25 percent of China’s steel and aluminum production, as well as 20 percent of its aluminum.

A slowing property development sector in China is sparking fears of a sudden glut of those materials that the rest of the world, still recovering from the COVID-inspired economic crisis, will be unable to absorb, the WSJ noted.

TREND FORECAST: Beijing will not let Evergrande collapse outright; the wider economic damage would likely be too great.

Instead, the government will help Evergrande settle its difficulties but still find a way to punish it for its excesses as an example to others.

More broadly, China produced 53 percent of the world’s steel in 2019, according to the World Steel Association, and an estimated 57 percent in 2020.

A much sharper drop in steel prices will damage the country’s export markets and further slow its economic growth.