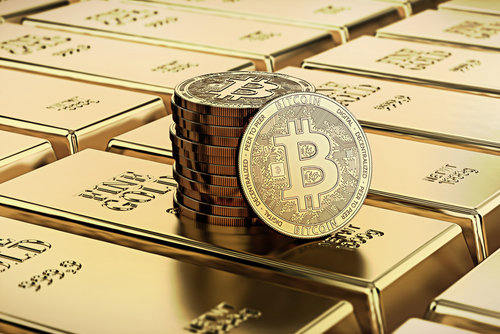 Gold prices dipped below $1,800 on 25 October as investors continued to sell gold and invest in cryptocurrencies, the Financial Times reported.

The price of gold has slipped about 6 percent so far this year, while Bitcoin’s price has more than doubled, from just under $30,000 to more than $66,000.

Investors see crypto as an inflation hedge, according to the FT, even though digital currencies have no track record as such and gold has always been viewed as the strongest protection against the ravages of inflation.

“The Bitcoin crowd sees the same things I see right now in terms of the money-printing risk of inflation,” portfolio manager John Hathaway at metals investment firm Sprott Asset Management told the FT, but “there is zero interest in our strategy right now” of using precious metals to guard value.

“There is an inclination now to look to Bitcoin as a portfolio diversifier with inflation being one of the catalysts,” Mohamed El-Erian, chief economic advisor to Allianz, said in comments quoted by the FT.

“Bitcoin has attracted money away from gold,” he acknowledged.

Bitcoin’s lack of ties to other assets and perceived use as an inflation hedge has boosted its popularity among 1,100 professional investors taking part in Fidelity’s Institutional Investor Digital Assets Study.

Eight in ten said crypto has a place in their portfolios, mainly because of concerns about inflation.

TRENDPOST: Based on Bitcoin’s newest surge in popularity and price after Proshares’ ETF began trading (“Spotlight: Bitcoin Bounces Back,” 19 Oct 2021), and now that El Salvador has accepted Bitcoin as legal tender (“El Salvador Recognizes Bitcoin as Cash,” 15 Jun 2021), investors are assuming that crypto’s long-term price trend will be rising and will average out to be a safe place to store value over the long term until inflation eases.