INFLATION HITS CHINA’S FACTORIES IN MAY HARDER THAN EXPECTED 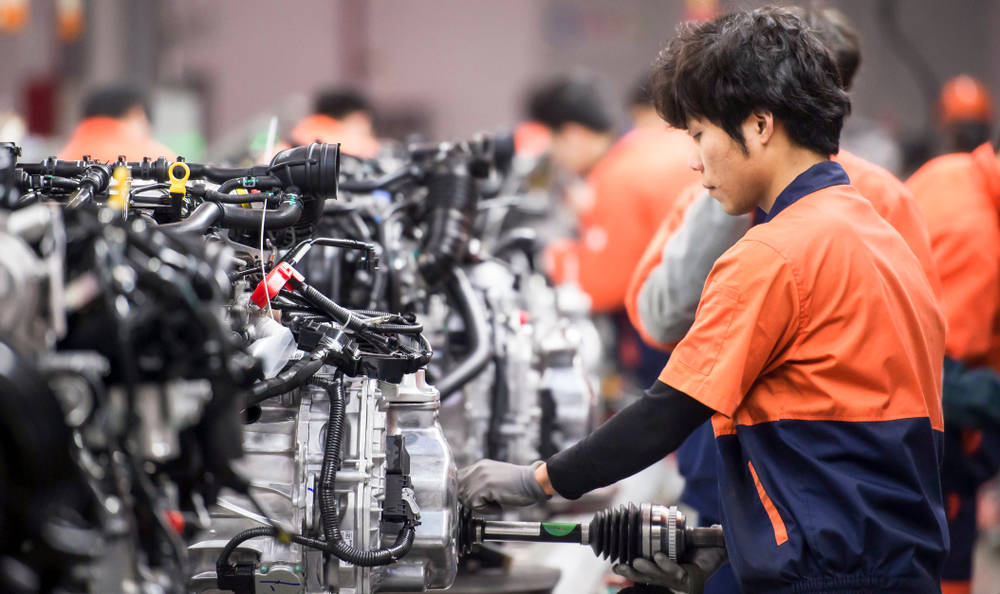 The hike was significantly greater than April’s 6.8-percent year-on-year rise and edged past the 8.6 percent predicted by economists the Wall Street Journal had surveyed.

The sharp rise was due to higher prices for crude oil, iron ore, and metals, the National Statistics Agency reported. Factories are paying 30 percent more for coal and 38 percent more for ferrous smelted metal, according to financial consulting firm NBS.

The shortage of materials and their mounting costs is straining China’s ability to produce, the WSJ said.

The new data “showed the pressure of soaring raw materials prices is pretty heavy for industrial firms and such pressure is now passed through to downstream firms in an accelerated way,” Standard Chartered economist Li Wei told the WSJ.

Downstream firms are the businesses that take steel, plastics, and other finished basics that upstream factories produce and turn them into end-user products such as toys and machine tools.

“The price of raw materials, especially chips, even plastics, has gone up a lot,” Emily Cheng, co-founder of Shenzhen Vanzone Technology, which brokers cell phone parts made in China to western manufacturers, told the WSJ.

“Some of our manufacturers have almost run out of profits,” she said.

The rising costs are shrinking margins at downstream firms because upstream factories are passing along the costs and booking profits double those of a year ago, Goldman Sachs analysts noted.

China’s consumer prices rose 1.3 percent in May, short of the 1.6 percent forecast in a Reuters survey of economists, indicating that downstream firms are absorbing the extra costs so far instead of passing them to consumers.

To help slow price gains, China’s government has limited the ability of domestic companies to sell raw materials overseas. The government also has scolded behavior such as hoarding and price speculation.

In the northern city of Tangshan, a steel-making center, steel producers had been ordered to cut production by 50 percent this year to meet the government’s emissions-reduction targets.

That limit has now been scaled back.

The government also has ignored suggestions that the value of the yuan currency should be allowed to rise to help offset inflation; instead, the government is taking steps to slow the yuan’s rise.

China’s central bank cut interest rates during last year’s crisis and has declined to raise them so far this year, but the government has tightened credit requirements in an attempt to curtail the amount of borrowed money in China’s economy.

TREND FORECAST: Because China’s economy depends on manufacturing more than western economies do, the scarcity and rising cost of commodities there are expected to hobble China’s economic growth more quickly than it will that of the U.S. or Europe.

We disagree. The temporary loss of economic invincibility will not blunt China’s expansion as a geopolitical and economic world power. Thus, western nations will not have the opportunity they are promoting that will

regain some degree of market share and political clout lost to China during the economic crisis.