INDONESIA: GET VAXED OR GET FINED 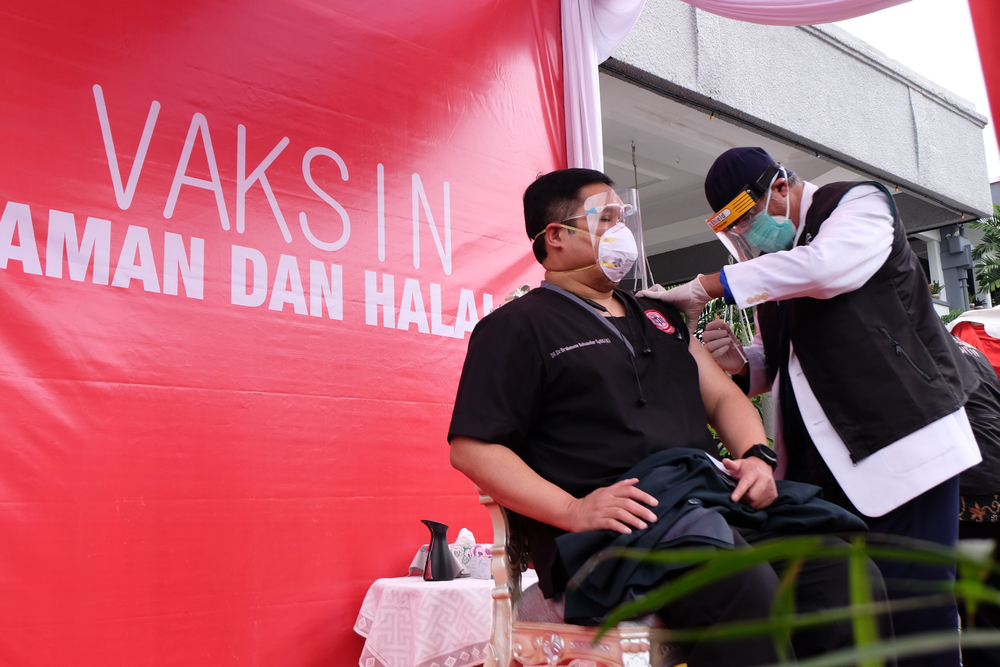 Forget the facts. Sell fear and hysteria. As the data proves, it increases views on mainstream media and enriches politicians with unchecked power.

Take Indonesia for example. A “pristine” nation where, according to UNICEF, diarrhea caused by contaminated drinking water contributed to the death of 31 percent of children between the age of one month to a year and 25 percent of children aged one- to four-years-old.

And for all those Indonesians who love to smoke, some 200,000 are killed each year by tobacco-related disease.

Now, the nation of over 275 million, where just under 40,000 died from the coronavirus, the “officials” have declared a “get vaxxed or get fined” COVID law. Despite this low number, Reuters reports that Indonesia “is fighting one of Asia’s biggest and most stubborn coronavirus epidemics.”

In Jakarta, Indonesia’s capital city with a population of over 10.5 million, residents refusing to get the COVID-19 vaccination are being threatened with fines up to the equivalent of $360.

According to Reuters, in addition to fines, anyone refusing the shot could lose social aid.

A strong reaction came from the director at Amnesty International Indonesia, Usman Hamid: “A blanket mandate on vaccination, especially one that includes criminal penalties, is a clear violation of human rights.”

Reuters reports that in a poll taken last December, only 37 percent responding said they would get the shot. 40 percent were undecided, and 17 percent were strongly opposed.