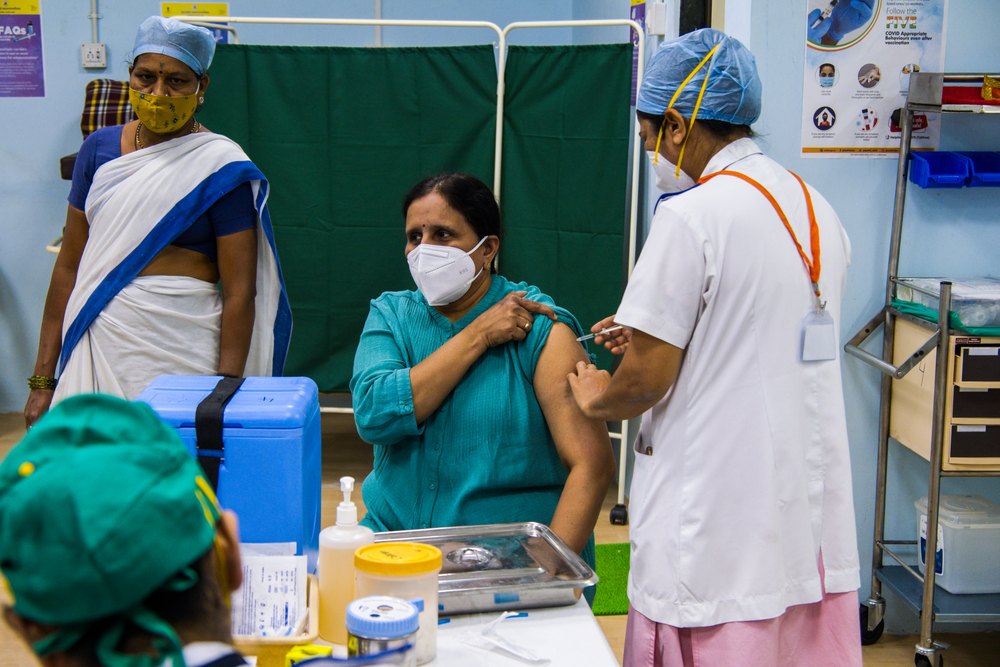 The Financial Times reports, in an article appearing on 5 August, that India is experiencing another surge in COVID-19 infections, which threatens to become the country's third wave of such infections.

The peak of India's second wave was in May, when the prevalence of the more contagious Delta variant was first becoming evident. Strict lockdown measures were imposed, and were believed to have been effective in bringing down the level of infections.

Now, with many restrictions having been lifted and business activity returning to near-normal, the number of cases is once again on the rise. The week ending 1 August produced a daily average of 40,460 cases, which the head of India's COVID-19 task force said was a "reminder" that the "pandemic" is still "raging."

While "inevitable," FT reports that many epidemiologists believe the new surge will not be as serious as the last, absent the emergence of another new, more virulent strain. A study last month found that about two-thirds of Indians over six had already been exposed to the virus and carried antibodies.

Like so much of the reporting now regarding increasing COVID case counts, the FT article makes it difficult to assess the significance of those numbers, since no mention at all is made of accompanying symptoms, hospitalizations or deaths.

TRENDPOST: Unlike the constant call for a vaccinated herd immunity, less than 10 percent of the people of India have been fully vaccinated, yet, they are doing better than the vaxxed nations in terms of cases and the rebuilding of their economy.

As reported by Voice of America, much of the country of 1.4 billion people has reopened with daily cases of the virus dropping from a peak of more than 400,000 a day in May, to about 40,000 now. And big cities “like Delhi and Mumbai, are humming—markets are open, hawkers peddle their wares and public transport is back on streets.”

They also quote Manindra Agarwal, professor at the Indian Institute of Technology, Kanpur who said as the country opens up, COVID cases will rise slowly but not significantly, assuming that the delta variant remains the dominant one and we do not see an even more infectious variant.”

“It will be more of a ripple really and certainly nothing as dramatic as the second wave.”

VOA also quoted Chandrakant Lahariya, a New Delhi-based epidemiologist who said, “The susceptible population in the country has come down. Before the second wave hit, three-quarters of people in India were susceptible.” He went on to state, “Now we know through seroprevalence surveys that nearly 68% of the population has antibodies, so any future wave will be definitely smaller.”