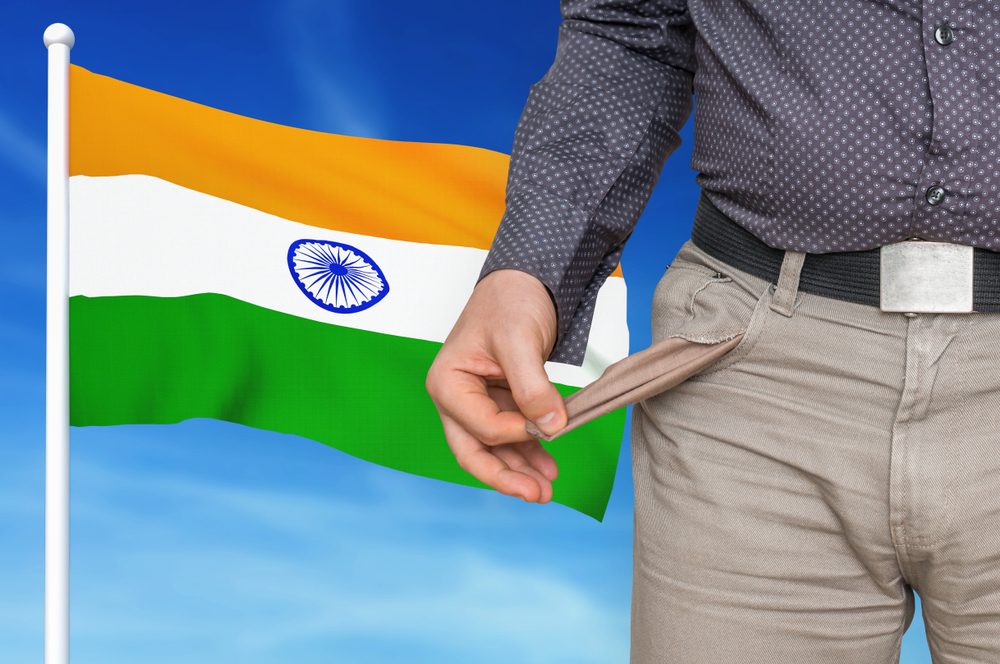 After beginning a brisk economic rebound following last year’s draconian lockdown, India’s economy has crumbled back into a second drastic shutdown after the COVID virus resurged, creating what is now the worst outbreak on the planet.

“The impact of the second wave is that recovery is going to take a big setback,” CEO Mahesh Vyas at the private Center for Monitoring Indian Economy, told the Wall Street Journal.

The nation’s economy is in a “very shaky position,” he said.

Foot traffic at retail and recreational sites has fallen 64 percent below early 2020 levels, 47 percent fewer people are visiting parks and public gardens, and traffic is off 26 percent at food stores and pharmacies, according to Google Mobility data.

Consumer spending is the most powerful driver of the world’s sixth-largest economy, in which a majority of the population has no savings to see them through a crisis.

Now the new lockdown has been imposed before small and medium-sized businesses could recover from the previous one and tens of thousands of modest enterprises could vanish, economist Vishnu Rana at S&P Global Ratings said to the WSJ.

Some epidemiological models predict the viral surge is peaking now, which would likely return the economy to growth in this year’s third quarter, economists predict, and shrink the country’s 2021 growth forecast from 11 percent to 9.8, Rana said.

If the infection rate peaks next month, this year’s GDP will expand at only 8.2 percent, he added.

ISH Markit’s purchasing managers index for India’s manufacturing sector in April edged up to 55.5 from 55.4 in March.

TREND FORECAST: Go back to 2019, before the COVID War began, economic growth in India had fallen by half that year, from 8.1 percent in the first quarter of the year to 4.5 percent in the third, as more borrowers and lenders default and the credit crisis deepens.

The nation’s 2019 GDP registered the slowest growth in five years.

The impact is hardest on poor families and small businesses, many of which never recovered from the government’s chaotic tax scheme and its 2016 decision to outlaw and replace many denominations of existing paper money.

It should also be noted that as India’s government took strong lockdown measures to save its people from the virus, according to a 2019 study by the Global Alliance on Health and Pollution (GAHP), about 2.3 million people died of air pollution-related deaths.

Yet, this does not make the news, only the COVID War does, as the media continue to hype up how the virus is massacring its population. Yet, to date, the nation of nearly 1.4 billion has registered 283,276 deaths compared to the United States with a population of 332 million people and 601,279 virus casualties... over the past 16 months.

To recap what we have been forecasting, India’s economy has long been in decline. As we have reported in the Trends Journal, in 2019, auto sales plunged and over one million workers in the auto industry were laid off. And, again, prior to the COVID War, India’s GDP had declined for seven straight quarters.

According to the Centre for Monitoring Indian Economy, India’s unemployment skyrocketed to more than 25 percent due to the lockdown.

Considering the scale of India's lockdowns and the slowly phased reopening of businesses with a vast array of restrictions, we forecast India's economy and its currency will continue to decline, sinking into depression.

As a result, civil unrest, which had been tamped down with the lockdown, will again escalate.

And since that time there have been raging protests and demonstrations.