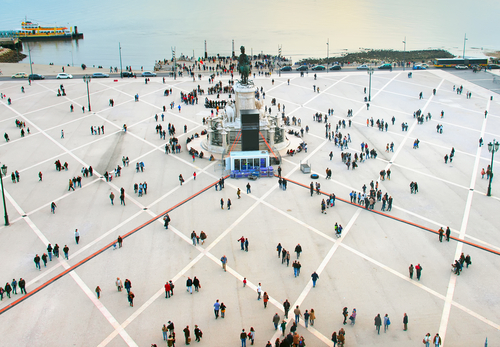 As we had reported back in 2020, politicians and the media compared fighting the coronavirus to fighting a War. And just as the masses marched off to Mussolini, Heiled Hitler and saluted Stalin, when the COVID War was declared, they obediently followed their leaders.

So, as The New York Times reported on 2 October, to get their people to line up for the COVID Jab the government of Portugal decided to treat the COVID War like an actual war, and put a military man—former submarine squadron commander Vice Admiral Henrique Gouveia e Melo—in charge. 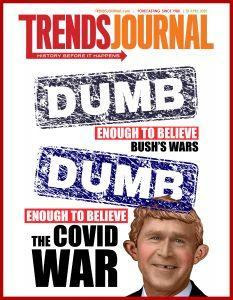 As a result, the nation boasts an 86 percent vaccination rate, with 98 percent of those eligible (essentially everyone over 12) fully vaccinated, and believes it's close to attaining herd immunity. Portugal is not among those who reject that concept; see "NO HERD IMMUNITY FOR THE HERD" (17 Aug 2021). On 1 October the country dropped almost all its COVID restrictions; new cases are down to 650 a day (in a total population of 10.3 million) and very few cases are proving fatal.

Of course, setbacks are possible, and have been seen elsewhere. Israel, the first country to vaccinate the majority of its population, has seen breakthrough cases and led to the discovery of the vaccines' diminishing effectiveness and the need for booster shots; see "ISRAEL: BOOSTS COVID SHOTS FROM 2 TO 3" (14 Dec 2021).  Portugal may soon offer booster shots to older and more vulnerable people, and expects its goals to be reached by late December.

Admiral Gouveia e Melo credits his success to having taken a military approach: "The first thing is to make this thing a war." He drew his team from the Portuguese military, employed military rhetoric and made it clear he was perceived as detached from politics. It also helped that anti-vaxxers are in the minority in Portugal and not as vocal as elsewhere.

TRENDPOST: The military understands the use of propaganda, so to spread the message of vaccine safety the technique of showing soldiers and medical personnel lining up for their shots was employed. And the admiral donned his camouflage combat uniform and strode into the midst of the "crazy" protesters, confronting them and accusing them of living in the 13th century.

There was resistance to the shots and to the militaristic attitude, but resistance ultimately fell from 40 percent to 2.2 percent, in part because the country's culture and the war rhetoric made people more disposed to obey authorities without question; as Trends Journal observed, in "COVID WAR: FEAR SELLS" (21 Jul 2020), "The louder the war drums beat, the more obediently the masses followed their leaders… as they continue to do."