IN-PERSON CLASSES ARE BACK IN SESSION: WHAT NEW CRAP WILL “EDUCATORS” IN CHARGE MAKE UP? 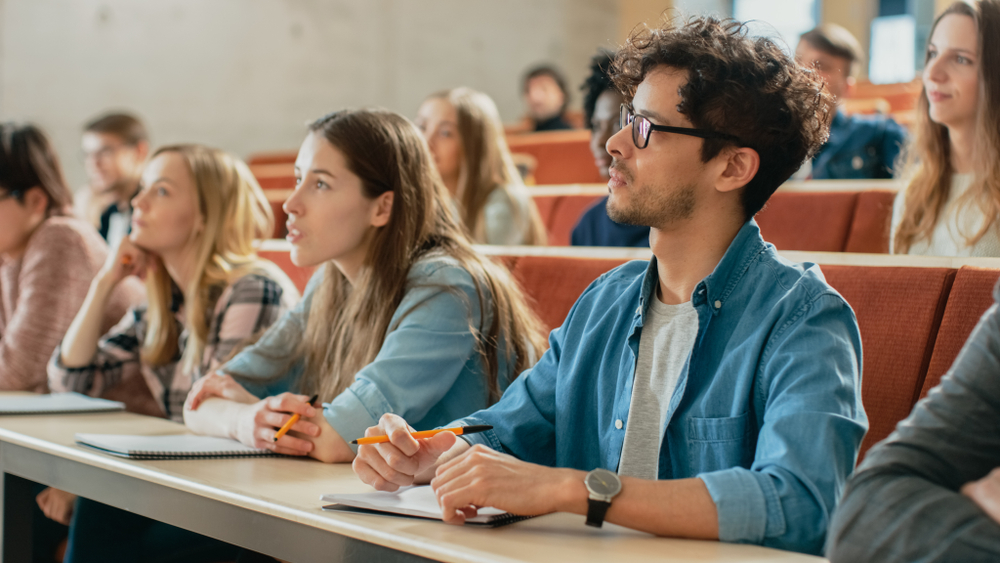 Go back to January 2020 when the Chinese, on their Lunar New Year, “The Year of the Rat,” launched the COVID War.

Just weeks later, after Italy bowed down to the Communist Chinese Way by imposing massive draconian lockdown mandates to fight the COVID War... the U.S. “education” system followed suit by closing down schools, sending kids home and making them learn by Zoom.

And when students did come back to school, the dictators running the U.S.S.A. brainwashing systems declared that students must be Operation Warp Speed jabbed, sit six feet apart and get masked up.

So called “administrators” at colleges across the U.S. are either dropping or dramatically reducing COVID-19 protocols due to the low hospitalization rate among college-age adults during the spread of the latest virus variant.

“It really comes down to a change in mind-set,” Ken Henderson, the co-chair of Northeastern University’s COVID-management operations, told The Wall Street Journal. “We’ve pivoted significantly to more living with the virus.”

The Trends Journal has long reported that the decision of lockdown schools and colleges was unnecessary because young people were not getting seriously ill from the virus.

The virus is still circulating, but the 7-day average fell slightly to 121,739 cases last week. About 496 people are dying from the virus every day, which is up slightly since the middle of July. The Centers for Disease Control and Prevention said 41.7 percent of counties in the U.S. have high COVID community levels.

The Wall Street Journal report said these college officials are removing mask mandates, mass testing, and bans on indoor gatherings. Chris Marsicano, an assistant professor of educational studies at Davidson College, told the paper that campuses are largely “moving in the direction of pretending COVID is no longer an issue. When there’s a flare-up, treat the flare up. Don’t have restrictions all the time.”

The Daddy’s Boy playing Governor of Illinois, J.B. Pritzker of the Hyatt family who had imposed among the most draconian lock down laws, did a 180 last week. With elections coming up in November, The Blob announced Wednesday that the vaccine mandate for college students and school workers will end.

But despite young people not dying or getting critically ill from the coronavirus and its variants, Pritzker’s office declared vaccine mandates will remain in place for staff at K-12 schools and daycares.

TRENDPOST: Little is mentioned about the negative impact these college closures had on students. A recent study published by Dovepress found that college-aged students have faced mental “exhaustion, strain, and psychological issues, which can be collectively described as lockdown fatigue.”

We have long reported on the mental stress that lockdowns have caused. Devora Kestel, Director of the World Health Organization (WHO), stated on 13 May 2020, “The isolation, the fear, the uncertainty, the economic turmoil—they all cause or could cause psychological distress.” She added, “The mental health and well-being of whole societies have been severely impacted by this crisis and are a priority to be addressed urgently."

A study released last week found that masked and vaccinated college students had “virtually no chance” of coming down with the virus during in-person study last fall, Bloomberg reported, citing Boston University researchers. The study focused on 33,000 students.

The study located nine sets of infections, but found no evidence that these students came down with the virus in a classroom. John Connor, a co-author of the study and a virologist at Boston University School of Medicine, said, “When we looked at the genomes and compared them to one another, they were cousins but not closer than that.”

The WSJ, citing the Centers for Disease Control and Prevention, reported that drug-overdose deaths also soared during the COVID-19 outbreak and hit a record 107,000 deaths in 2021. Fentanyl is the key drug that is driving the crisis, the report said.  (See “LONG LOCKDOWNS= MENTAL HEALTH CRISIS.”)

The report also said depression and anxiety is impacting more people around the world, with the impact affecting young children and adolescents most of all. About one-third of high-school-aged students told the CDC in a questionnaire that they had poor mental health during the outbreak.

The paper, citing the Substance Abuse and Mental Health Services Administration, reported that about 5.6 percent of adults in the U.S. had a serious mental health illness in the past year.

“When people lose everything and have nothing left to lose, they lose it”