IN EUROPE, COAL MAKES A COMEBACK 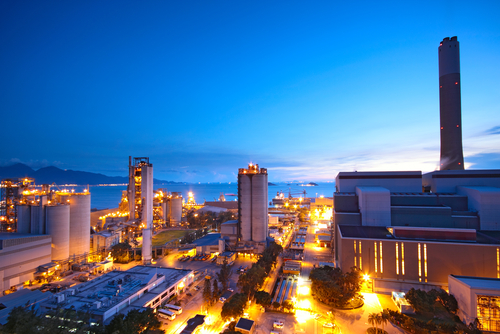 A funny thing is happening in Europe. Coal power, thought to have been rendered moribund by the push for "greener" energy, is enjoying a resurgence, and a most profitable one at that.

All actions have consequences, and Europe's shift from coal to natural gas for power-generating and heating has made it vulnerable to shortfalls in the natural gas supply. And that's what occurred after German regulators withheld approval of the Nordstream 2 pipeline, completed in September.

As reported by the Wall Street Journal on 18 November, while coal pollutes more, it's cheaper, especially lately. Since the price of electric power in Europe is keyed to the price of natural gas, coal plants are getting top dollar—as much as four times more than previously—for energy that's cheaper for them to produce, and the situation is predicted to continue until 2023.

The amount of power produced in Western Europe from coal has risen, in September and October, by 20 percent over the previous year. Coal plants in Spain and the U.K. have fired up again, and even Poland, still dependent on coal for most of its electricity needs, is now exporting electricity to other central and Eastern European countries.

Under environmental policies set at the UN Climate Change Conference in Glasgow, the prices paid for emissions have been raised and coal should be more expensive to use, but natural gas prices have gone so high that coal is still a cheaper alternative. This essentially puts Europe in the same boat, energy-wise, as much of the developing world; see "POOR NATIONS: TOO POOR FOR CLEAN ENERGY" (15 Jun 2021).

TRENDPOST: Trends Journal predicted the rise in natural gas prices, but in terms of oil as its cheaper alternative; see "BETTING ON OIL" (22 Jun 2021).

As Gerald Celente has said, When the lights go out, environmentalism, no matter how high-minded, takes a back seat to economics. Transitioning to renewable power will remain a slow and bumpy road. The bottom line is money, and if coal is the cheapest way to generate energy, coal is what will be used.