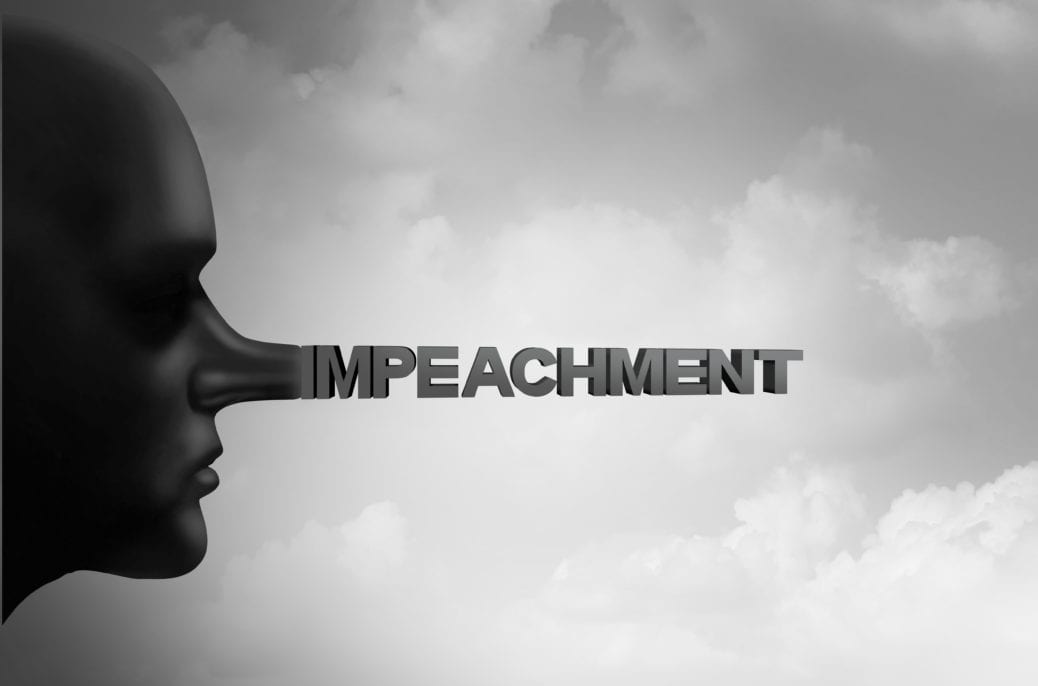 On 24 September 2019, when it was announced House Speaker Nancy Pelosi initiated the impeachment process against President Donald Trump, Gerald Celente was asked by Daniela Cambone, Editor-in-Chief of Kitco News, how it would unfold.

Celente said impeachment “could possibly happen, but it won’t mean anything because if they impeach Trump then it has to go to the Senate for conviction. It needs a two-thirds Senate vote, and the Senate is controlled by the Republicans, so it’s not going to happen. It’s going to be more of a waste of time, and it’s more of ‘Russiagate’.”

And that’s precisely what happened.

Throughout the tax-payer costly, time-wasted impeachment process, the Democrats kept pumping the propaganda that the Russians were responsible for Hillary Clinton losing the race to the White House because of the Russians and Donald Trump’s ties to Russian President Putin... and because Russia hacked into the Democratic National Committee computers.

Celente called it propaganda because not one shred of evidence was provided to support the Democrats accusations.

Most Americans buy the “hate Russia” propaganda, just as Washington has been brainwashing the public to hate the Iranians.

As for how it will affect the 2020 race for the White House?

The Democrats lost, Trump won, so it increases Trumps odds of winning in November.

And as for cooperation between the two political parties running Congress, it will be more of the same but worse.

The Republicans and Democrats are two gangs: murderers and thieves. They start wars that cost trillions to kill millions based on lies (Saddam Hussein has weapons of mass destruction)… and steal the people’s money in the name of “too big to fail” bailouts, tax-breaks, and dirty deals with individuals, corporations, and industries that pay politicians to pass laws and do deals that will enrich them.

Adults call it “bribes” and “payoffs.”

The battle lines have been drawn. Rob, steal, cheat, lie, launch murderous wars... the political parties will do whatever they can to gain power.

The definition of politician: “a person who acts in a manipulative and devious way, typically to gain advancement within an organization.”

TRENDPOST: As Gerald Celente has warned from the very beginning of the impeachment process Side Show, “If you tune in and read, watch, and listen to the impeachment charade, you are wasting precious time, since the outcome is etched in stone: the Republican-controlled Senate will not convict Trump.”

Therefore, we minimized the impeachment “news” in the Trends Journal and instead provided subscribers with important current events forming further trends that affect their lives and futures.