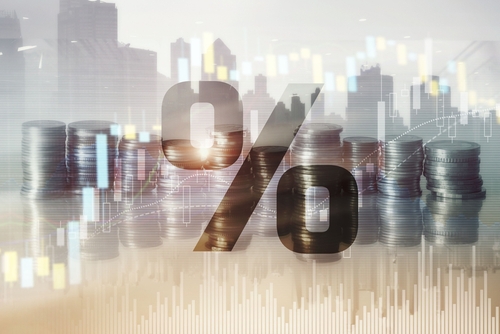 In its 12 October World Economic Outlook report, the International Monetary Fund (IMF) lopped a full percentage point off its forecast for U.S. economic growth this year, reducing it to 6.0 percent in the biggest single downgrade of any G7 country.

The cut was prompted by soft third-quarter consumer spending, due in part to a combination of supply-chain clogs and people bunkering against the Delta virus, the IMF said.

For similar reasons, the IMF cut its global forecast for this year’s growth from 6.0 percent to 5.9, but did not alter its predictions for 2022.

"Rapid spread of Delta and the threat of new variants have increased uncertainty about how quickly the pandemic can be overcome," the IMF’s report said.

The IMF also pared its 2021 expectations for Germany, where materials shortages are hampering manufacturing, and Japan, due to its stringent anti-virus measures.

Germany’s factories produced 4 percent less in August than in July, due largely to shortages in the vehicle industry, the country’s statistics agency said (see related story in this issue).

In Japan, August orders for machinery fell 2 percent; analysts had expected an increase. In the same month, Sweden’s economy contracted 3.8 percent back to pre-COVID size as manufacturing output sank 4.5 percent due to shortages and shipping troubles, The Wall Street Journal reported.

The agency also slightly reduced its expectations for China’s performance this year to 8.0 percent, bringing the IMF’s view into line with our long-term prediction for the same degree of growth this year in China’s GDP.

China’s GDP will be dented by a reduction in public spending; the IMF also warned of “large scale, disorderly corporate debt defaults," including in China's real estate development sector, that could "reverberate widely" throughout financial markets (see related stories in this issue).

Overall, the global economic outlook is “tilted to the downside," the IMF warned, due to uncontrolled inflation, shortages of workers and materials, and supply chain messes, as well as the continuing Delta virus infestation.

While inflation’s rate should ease to a pre-COVID pace next year, shortages of key materials will continue, keeping prices higher and forcing central banks to raise interest rates sooner, higher, or both, than expected, the IMF said.

Also, if the U.S. refuses to raise its debt ceiling, there will be "serious implications for financial markets," it added.

Emerging nations face a much worse future, the report emphasized.

"The outlook for the low-income developing country group has darkened considerably due to worsening pandemic dynamics," IMF president Crystalina Georgieva said in a statement accompanying the report.

Only 4 percent of people in low-income countries are vaccinated, according to the IMF.

As a result, economic output in those economies will remain 5.5 percent below its pre-COVID levels in 2024, it said, retarding improvements in living standards and confining more people in poverty longer.

TREND FORECAST: The stricter the vaccine mandates, the steeper economies will decline

Therefore, until such mandates are lifted, and until politicians call an end to the COVID War and the mainstream media halts it’s daily messages of COVID Fear and Hysteria, the global economy will not return to its pre-COVID performance for the foreseeable future.