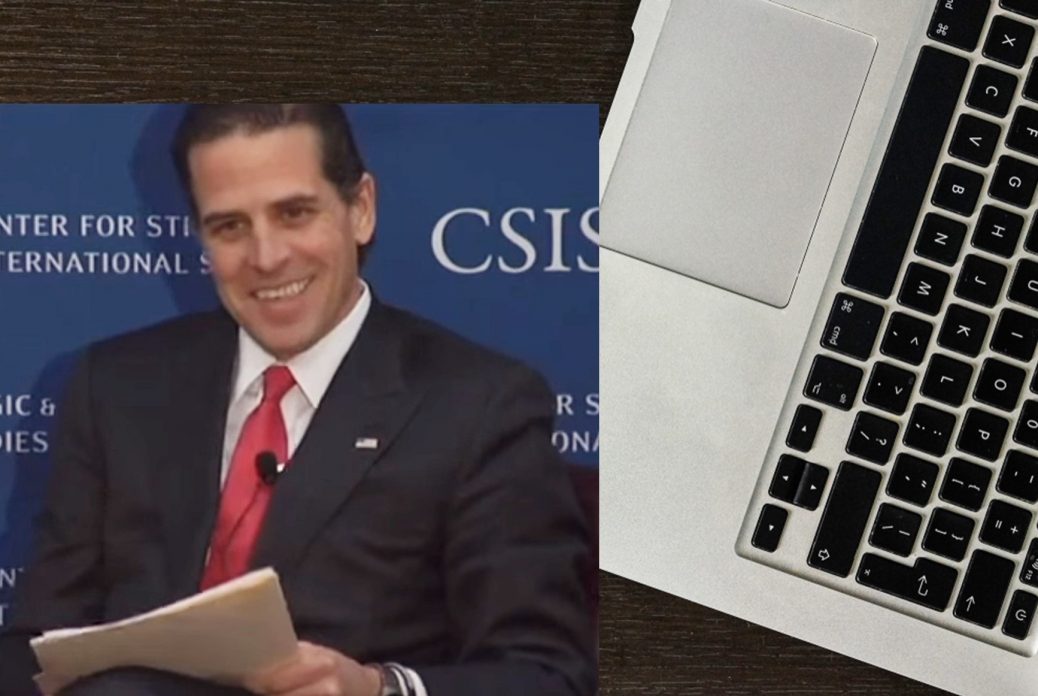 Try as he might, and with a compliant mob of Presstitutes who obey their Washington whore masters, President Joe Biden cannot shake off his son Hunter Biden’s laptop.

A report in the U.K.’s Daily Mail published Friday said Hunter Biden’s computer contained emails that suggested that he helped in the financing of Metabiota, a Pentagon contractor that the paper said specializes in the study of “pandemic-causing pathogens that could be used as bioweapons.”

Russia used Hunter Biden’s laptop as further proof that the U.S. was involved in these bioweapons labs across Ukraine, citing information seized by Russian troops during the invasion of Ukraine.

Igor Kirillov, the head of Russia's Radiation, Chemical and Biological Defense Troops, accused Rosemont Seneca, Hunter Biden’s firm, of financing some of the biological programs in Ukraine, according to Sputnik.

The US Agency for International Development (USAID), the George Soros Foundation, and the Centers for Disease Control and Prevention also provide financial support to the Pentagon program, the Russian Defense Ministry claimed, RT reported.

Jack Maxey, the former co-host of Steve Bannon’s “War Room” podcast, posted one of the purported emails between an official at Metabiota and Hunter Biden from April 2014.

The email claimed to show that the relationship between Hunter Biden and the contractor ranged wider than just funding.

The official wrote that Metabiota hopes to “potentially leverage our team, networks, and concepts to assert Ukraine's cultural and economic independence from Russia and continued integration into Western society.”

Maxey said in a later interview that he is 100 percent certain—citing Hunter Biden’s laptop—that Metabiota is in Ukraine working in these labs and Mykola Zlochevsky, the “crooked, criminal” chairman of Burisma, is actually “one of the largest shareholders of Metabiota.”

“And now, America and the world can understand why [then Vice President] Joe Biden had to go over there [Ukraine], and make sure that Zlochevsky was never prosecuted,” he said.

TRENDPOST: The Western media is still refusing to report on Hunter Biden’s ties to Ukraine despite the fact that the U.S. is on the brink of going to war against Russia to defend Kyiv.

As we had long reported, Burisma paid Hunter some $1 million a year while his father was vice president—or about $83,333 per month. The holding company cut his pay in half when his father exited office, it was later reported.

We have reported extensively on the Biden deals with Ukraine. Back in 2013, Hunter Biden and Devon Archer, a partner in Rosemont Capital, a private-equity firm he co-founded with Christopher Heinz, Secretary of State John Kerry’s stepson, were both appointed to the board of directors of Burisma Holding, Ukraine’s top private gas company.

How did Hunter Biden and Devon Archer, two members of the White Show Boy Gang, who live over 5,000 miles away and know dick about shit about Ukraine energy, get an allegedly $50,000 a month each to sit on Burisma’s board?

Archer was convicted in 2018 in a securities fraud scheme that involved $60 million worth of bonds and the Oglala Sioux Indian tribe.

TRENDPOST:  During his presidency, back in 2019, Donald Trump wanted the Hunter Biden case reopened that had been headed by Viktor Shokin, former General Prosecutor of Ukraine.

Shokin had told the Washington Post he was ousted in March 2016 because he was investigating Burisma, and said if had been allowed to remain as prosecutor, he would have questioned Hunter Biden’s qualification to be a board member.

He added that Hunter “had no work experience in Ukraine or in the energy sector.”

Doubling down on the fraudulent political mob in control of Washington, Joe Biden bragged at a White Shoe Boys meeting at the Council for Foreign Relations about how he bribed the Ukrainian government with a billion dollars to stop the criminal investigation of the Biden/Kerry clan dirty deal:

“And I’d gotten a commitment from (Poroshenko and Yatsenyuk) that they would take action against the state prosecutor and they didn’t.  So… they’re walking out to a press conference and I said, I’m …we’re not gonna give you the billion dollars.

“They said you have no authority, you’re not the president … I said ‘call him.’