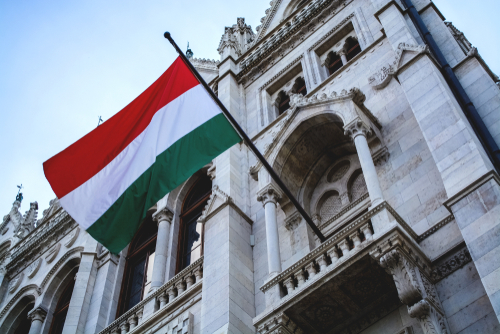 A top EU official said in an interview last week that the bloc is determined to get Hungary to sign on to an all out Russian oil ban, a debate that has shown fissures in the bloc.

“We are very much determined to work with Hungary and the rest of the EU member states to have European unity…We definitely prefer the 27 going forward together,” Maroš Sefčovič, The European Commission vice-president, told the Financial Times.

TRENDPOST: The Trends Journal has reported extensively on Hungary's more lenient position towards Russia than much of the EU. (See “ORBAN WINS EASILY DESPITE ZELENSKY’S PUBLIC CONDEMNATION,” “RUSSIA ENDS GAS EXPORTS TO POLAND, BULGARIA. GERMANY AND ITALY ARE NEXT” and “EU MULLS BAN ON RUSSIAN OIL. WILL IT MATTER?”

Viktor Orban, Hungary’s prime minister, has so far opposed any bans on Russian fuels. The European Commission has proposed banning all imports of Russian oil by the end of this year, the Financial Times reported. To be enacted, the measure would require all 27 member countries to agree.

Orban has been hesitant to adopt the EU's pressure campaign against Russia and has said in the past that cutting Russian oil from Hungary would be the equivalent of dropping a “nuclear bomb” on its economy.

Five packages of sanctions have already been passed against Russia but this one has dragged on due to Hungary’s concern as a landlocked country, the FT reported.

European countries and the U.S. believe that one of the quickest ways to devastate Russia is by banning its energy exports that make up the largest chunk of the Russian economy.

Hungary is dependent on Russia and Péter Szijjártó, its Foreign Minister, said Hungary could not get behind the proposal until the EU presents a viable “solution” for Budapest's energy needs.

Szijjártó told El Pais, the Spanish newspaper, that not all European countries have the same need for Russian oil, Politico reported. He said the country's infrastructure was specifically designed to receive Russian oil and gas.

He told the newspaper that the proposal creates an enormous problem for Hungary and in order to change its oil capacity it would need to invest between €500 and €550 million and that process would take, at the minimum, four years.

“To replace the oil pipeline from Russia, we would have to expand the capacity of the Adriatic Sea pipeline, which would mean €200 million, and we don’t know how much time that would take. The price of gas in Hungary would increase by 55 percent," he said.

According to Politico, EU officials are considering offering financial compensation to Hungary in an attempt to persuade Prime Minister Viktor Orbán to sign up to the bloc's proposed sanctions on Russian oil.

TRENDPOST: Orban seems to understand that Ukraine is outmatched by Russia and is only alive today thanks to the billions in lethal weapons delivered to Ukraine by the U.S. and NATO.

Orban, who has been friendly with Russia, told reporters last week that Hungary will not get into a war with Russia nor will it provide the Ukrainian fighters weapons to fight Russians.

Orbán said in a Facebook video that sending troops or military equipment to Ukraine was “out of the question,” according to Hungary Today. He said the country will, “of course, provide humanitarian aid.”

“Together with our European Union and NATO allies, we condemn Russia’s military attack,” Orban said.

Despite the West’s crackdown on Russian oil and gas, Moscow’s oil revenues are up 50 percent this year, Bloomberg reported, citing the International Energy Agency.

TREND FORECAST: Russia will face diminishing oil sales in Europe and an inability to fully make up all of the lost revenue from other customers such as China and India.

However, despite the downturn of Russia’s economy, as with the United States ongoing wars, there will be little public pushback and for the most part there will be continuing support for the Ukraine invasion.

Gazprom, Russia’s energy giant, told some European clients that it will cut the flow of gas through the Yamal pipeline that runs from Russia to Germany due to sanctions that Russia imposed on European gas companies, The Financial Times reported.

The state-owned company said in a statement that a ban has been put in place on “transactions and payments to entities under sanctions” by the Kremlin.

“For Gazprom, this means a ban on the use of a gas pipeline owned by Europol Gaz to transport Russian gas through Poland,” the statement read.