HOW THE CCP WENT VIRAL ON THE WINGS OF COVID 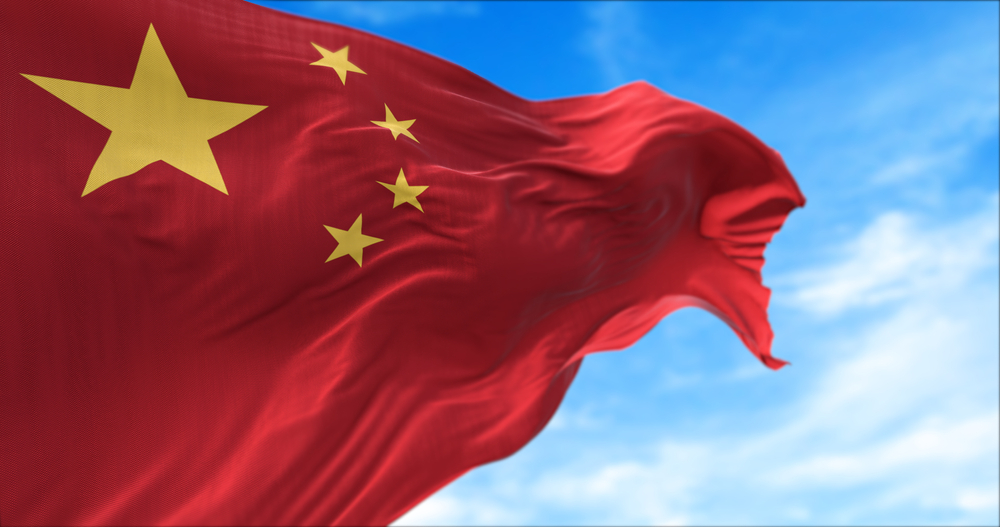 Recent events have shown that China is having serious problems marrying authoritarian control with the tech innovation it needs to develop, in order to compete with the West.

Evergrande, the crackdown on crypto technologies, computer gaming and “girlie man” culture, and the reigning in of whole sectors of its economy for doctrinal deviations, are all recent signs of its problems.

China certainly knew in late 2019 that its plan to become the world’s hi-tech and leading economic power by 2025 wasn't really on track.

Its economy relied on exports of products that either could be made pretty easily elsewhere, or were the innovations of foreign companies like Apple.

Increasingly, China was having to compete with other manufacturing hotspots. Meanwhile, its most prominent tech successes weren’t the result of communist planning boards, but of entrepreneurs like Jack Ma who was becoming a thorn in the side of the CCP.

And it was as dependent as ever on stealing IP from the U.S. and other advanced—and freer—economies (see “CHINA BUSINESS ESPIONAGE NETS $500 BILLION A YEAR,” 29 June 2021).

In retrospect, the COVID War might be viewed as a timely world crisis indeed, that changed a dynamic that was not in China’s favor.

A new article in Tablet magazine takes a deep dive into the way COVID baited the West into following Chinese style repression to combat a feared and unknown new virus.

World leaders variously bamboozled or enamored by China’s supposed success in combating COVID, continue to cripple their own countries.

Some institutions and actors appear to have even darker motives for covering up China’s lies, and promulgating malicious policies that are keeping Western nations in paralysis.

In recounting the course of the pandemic, which first surfaced in Wuhan China in late 2019, the Tablet article observed:

“The world has been fighting a virus from China with a public health policy from China that transforms the world into China. But if the national security community has noticed this bizarre development, they haven’t said so.”

British scientist Neil Ferguson, whose inaccurate virus and projected lethality models influenced lockdown measures around the world in 2020, admitted he was inspired by China’s example:

“I think people’s sense of what is possible in terms of control changed quite dramatically between January and March … It’s a communist one-party state, we said. We couldn’t get away with it in Europe, we thought … And then Italy did it. And we realised we could … If China had not done it, the year would have been very different.”

In America, the willingness to proscribe China-style authoritarian proscriptions including suspensions of Constitutional freedoms has been a hallmark of COVID Czar Dr. Anthony Fauci.

He could hardly be more effective in damaging the country if he were a paid Chinese operative.  There’s no evidence of that.  But there’s plenty of evidence that Fauci:

Despite all the revelations regarding China’s deceptions, Fauci in May 2021 defended Wuhan Chinese researchers and the WHO as trustworthy in Senate testimony.

How compromising are Fauci’s relations with the Chinese? A story just out from The National Pulse details yet another sorry angle. Fauci supported and relied on a Columbia University researcher with deep ties and biases to the Chinese regime, in making an early determination that COVID-19 didn’t originate from the Wuhan lab.

Dr. Walter Lipkin received multiple awards, including being honored by Xi Jinping, for his work in conjunction with China. Emails show Fauci congratulated his colleague on the achievement.

In 2020, when COVID broke, Lipkin became a sought after talking head in the news, defending China against Trump administration officials who were questioning the role of the Wuhan lab in the virus outbreak.

According to the Pulse:

“Lipkin was quoted by outlets including CBS and USA Today as a means by which to ‘debunk’ Dr. Redfield’s explosive claim linking the virus to a Chinese lab.

“‘We should be moving away from finger-pointing,’ Lipkin told CBS after adding there is ‘no evidence to suggest that it was created in a lab.’”

Lipkin and a small group of scientists produced a paper in the spring of 2020 that dismissed the idea that COVID might have originated from the Wuhan lab.

The role of Western media in influencing the adoption of the Chinese way to combat the virus, can hardly be overstated.

The Tablet expose recounts instance after instance of influential outlets like the Washington Post, The New York Times, and network and cable news outlets extolling China’s early response to COVID as wildly successful, while hammering the U.S..

“‘The U.S. has absolutely no control over the coronavirus. China is on top of the tiniest risks,’ The Washington Post gushed. ‘The verdict is in,’ Politico ruled, ‘China has outperformed, while the once-respected American system has disastrously faltered.’”

Why was Western media so invested in portraying China’s efforts as successful, even as cracks in that narrative emerged, regarding everything China was saying concerning COVID?

The answer may have something to do with who is invested in most major U.S. media outlets: China.

As the Tablet article points out:

“The Chinese government has financial stakes in almost every top media outlet and friends in corporations, universities, and governments. Preexisting financial relationships with China led institutions to trust information from China, endorse the CCP’s narrative, and ultimately advocate for the global adoption of the CCP’s policies.”

The COVID War succeeded in accelerating the abandonment of Western bulwarks that have protected Americans from tyranny for two centuries. As freedoms of speech and assembly have been stripped, counter narratives to the absurdities of COVID proscriptions have been thoroughly suppressed.

As a result, China escaped having to confront the limits of its economic and social model, by duping and influencing the West into going full Orwell.

The Trends Journal had stood out from the very beginning, pointing out and even predicting the catastrophic transformations precipitated by China’s COVID gambit.

Thanks to our subscribers, for allowing our work to continue.

Just a few of many touchstone TJ articles include: