HOW BIG TECH MAINTAINS ITS MONOPOLY 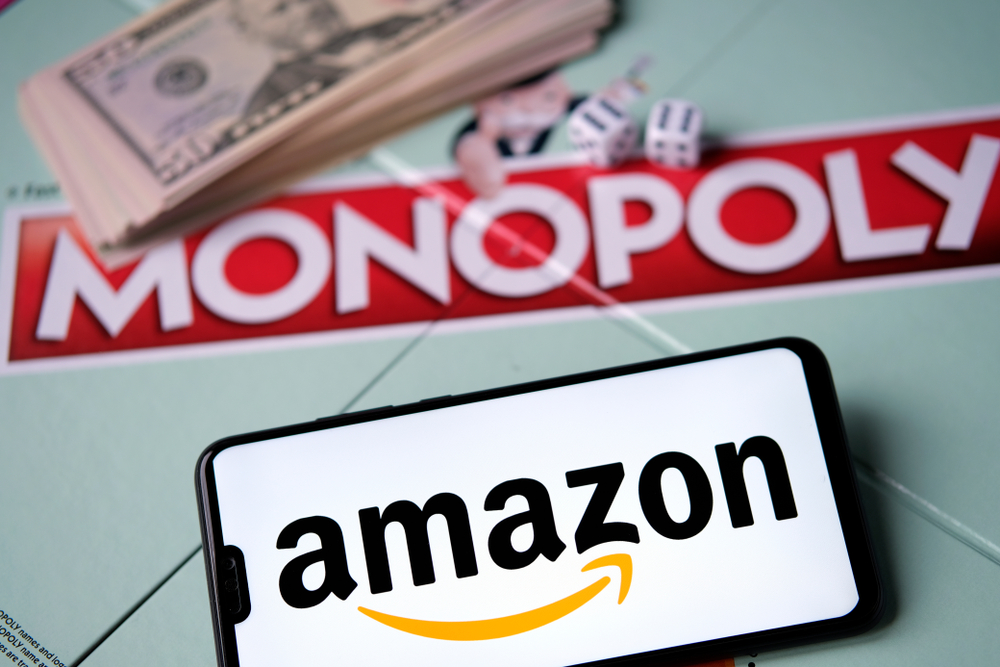 They make more the GDP of many countries, escape fair taxation (ie. levels average citizens in many places pay), and manipulate policy debates. They have intimidated and banned opposition, including rival start-up companies, media organizations, and elected representatives such as Senator Rand Paul and former sitting President Donald Trump.

How have these companies maintained their monopolistic abuses of power? One way has been to neutralize competition, by either buying it out or crushing and banning it. Another way has been to inject huge amounts of cash into the campaigns of politicians who protect their interests.

Acquire Or Crush: The Big Tech Response to Competition

Like any oligarchic handful of powers, big tech companies share power among themselves with some competitive jockeying. But they close the club to new players, by either absorbing them before they become economic threats, or crushing them, if their founders refuse the game.

An April 2021 Washington Post (owned by Amazon founder Jeff Bezos) story detailed how the largest tech companies have systematically acquired hundreds of companies that might otherwise have upended their lucrative monopolies.

The Post referenced a House Judiciary Committee report that called out the dominance and acquisition strategies of some of four major tech companies.

Some of the acquisitions were on public record, but some were not public, or deemed too small to be reported. In other words, Big Tech is constantly buying out innovative emerging companies, and absorbing their innovations long before they can even become threats.

Google purchased small tech companies and their engineers on the way to establishing their Google Apps suite, including Google Docs.  Apple made similar small company acquisitions to establish iTunes.

Not all acquisitions have resulted in development. Many are bought out, then left to wither, and are quietly shuttered.

Plenty of acquisitions have involved entities big enough to have made news. For example, the Post noted that Zappos, IMDb, Twitch and Goodreads were all independent companies that Amazon saw as useful or competitive to their media and software empire. They were all snatched up.

Amazon become the “everything store” via billion dollar level buyouts in the good and grocery sphere (eg. Whole Foods), and acquisitions in the electronics and automotive sectors, among others.

Google’s acquisition of Motorola Mobility covered its designs on the cellphone space. As far as its lucrative dominating video platform, many people don’t even realize that YouTube was once an independent company.

Google Maps in another area where Google dominates, with 80 percent of the market, but not solely via its own in-house wizardry. It notably bought out Waze in 2013, a competitor at the time with a loyal user base.

Apple’s control of music was bolstered by buying out Beats Electronics, which has allowed it to evolve its iTunes music service to compete with Spotify.

Snapchat’s story is an interesting case. It began as an app called Picabo in 2011. Its founders, who went to Stanford University, counter-programed against Facebook’s idea that people wanted to memorialize their lives in photos forever. The evolving Snapchat app offered photo communications that self-destructed, which appealed to young users unconcerned with leaving something to be remembered by.

Facebook tried to buy out Snapchat in 2013 for three billion dollars, but was rebuffed. So they acquired a rival start-up instead, Instagram, and did everything in their power to promote it to the younger audience. A 2017 MSNBC headline noted: “Mark Zuckerberg couldn’t buy Snapchat years ago, and now he’s close to destroying the company.”

That’s how the game works. Snapchat has managed to stay independent into 2021, partly thanks to intentional structuring. The company’s voting power is distributed between two founders, Evan Spiegel and Bobby Murphy. Despite being publicly traded, the structure means other entities can’t acquire enough voting power for a hostile takeover.

But Facebook has also made other successful acquisitions to capture a younger demographic, including the popular messaging service Whatsapp.

Twitter’s Jack Dorsey chose to branch out in a novel area, leveraging the success of his micro-blogging platform that has become a defacto standard the world over. He co-founded Square, now a small business payments processing giant centered on mobile phones.

Just as the largest tech companies have used buy or crush methods to increase and consolidate their dominance of lucrative economic sectors, they have used the same methods to deal with political regulation.

Political forces deemed harmful or unfriendly to their power have not only been suppressed and banned on their platforms and services by the thousands. Tech companies including Google and Facebook have funded efforts to institute mail-in ballot voting changes, secure state house acquiescence, and to control debates over things like net neutrality.

Bill Gates, lacking any medical training or expertise, used his billions to reform his 1990’s nadir public image as a predatory capitalist, to become the world’s dubious vaccine proselytizer.

Recently Twitter’s Jack Dorsey insinuated himself into the crypto provision debate of the Senate trillion dollar infrastructure bill (to be fair, his suggestion was better than what ended up in the bill).

The point is that big tech has increasingly nakedly exercised their power, subverting electoral democracy and Constitutional rights of citizens along the way.

They have amassed armies of lobbyists. Indeed the revolving door between tech companies and U.S. administrations has become a politicially incestuous hotbed all its own (see “TECH GIANTS AND NATION STATES: WHO CONTROLS WHO?”, 2 Feb 2021).

With all that said, one of the oldest and surest ways to influence politics has also been plied: donating to political campaigns.  A recent story by The National Pulse website detailed some of the details. April-June 2021 FEC filings showed Senate Majority leader Chuck Schumer (D-NY) leading the way in funding from big tech:

“Over two dozen executives from Microsoft gave over $116,000 combined to the Schumer campaign in June. Among these executives, 13 gave the maximum legally allowed donation, $5,800. Two of the max-out donors were Microsoft President Brad Smith and also Fred Humphries, who leads Microsoft’s Washington lobbying team.”

The Pulse noted that Senator Patty Murray (D-Wash.), the third ranking member of the Senate, was given $67,000 from the Amazon PAC and Amazon employees, and $48,000 from Microsoft.

Meanwhile the most aggressive anti-trust legislation introduced in Congress has been opposed by many of the same politicians receiving lucrative donations.

According to the Pulse, California’s Silicon Valley has been protected by votes against antitrust measures, cast by Eric Swalwell, Zoe Lofgren, and Lou Correa.  All those politicians received donations from big tech companies in the run up to votes on the legislation. The National Pulse story can be read here.

The Trends Journal has both predicted and chronicled the disturbing evolving reality of Big Tech monopolistic and political power in many previous articles, including: