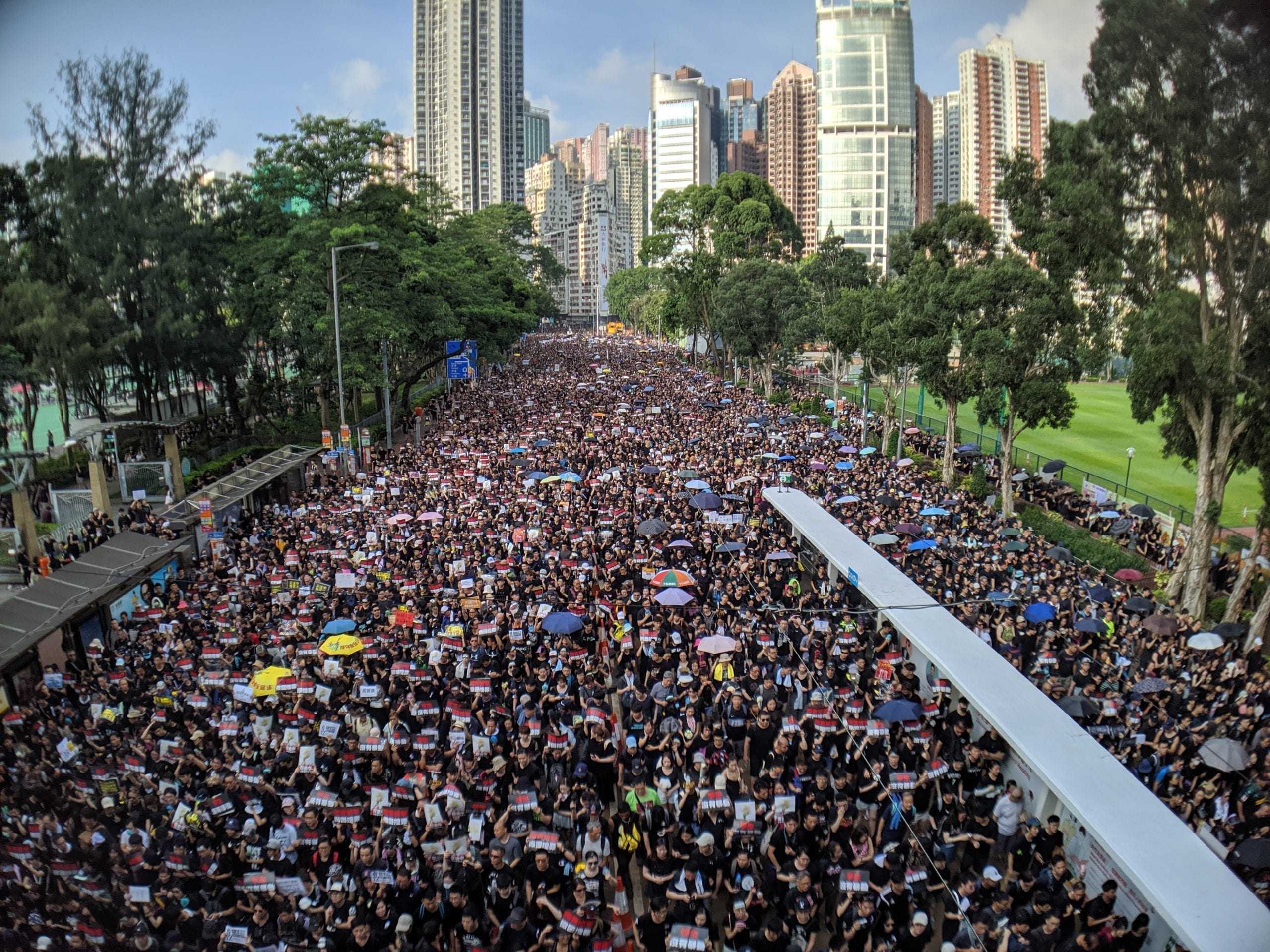 The citywide street demonstrations, now in their seventh consecutive month, show no signs of diminishing.

Hong Kong citizens, from social workers and business people to angry college students, continue to press demands for an independent review of police brutality and the expansion of more freedoms from its semi-autonomous rule by Beijing.

The latest demonstrations came just ahead of a meeting in Beijing between Hong Kong’s Chief Executive Carrie Lam and China’s leader Xi Jinping.

Praising Ms. Lam for her efforts, President Xi said Hong Kong is facing its “grimmest and most complex year.”

Among the concerns of Beijing, and why they have not sent in Chinese troops to end the protests, is the fear of jeopardizing Hong Kong’s status as the banking hub of Asia.
Indeed, The Bank of England reports investors have pulled approximately $5 billion from the city since April.