HOME PRICES IN CHINA NOT RECOVERING 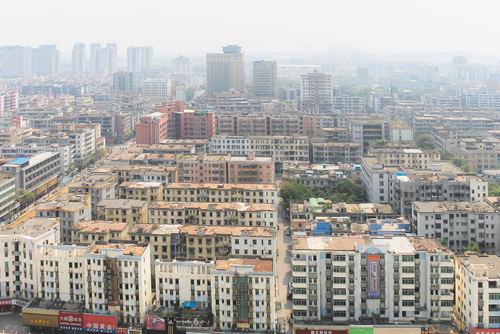 Home prices in 70 major cities across China continued to slide in May, dropping by an average of 0.79 percent from a year previous, despite banks’ and local governments’ efforts to revive demand as the country’s real estate industry continues to work its way out of financial near-collapse.

Prices ticked down 0.17 percent from the end of April.

Demand for newly built homes has plunged 34.5 percent during the first five months of this year, compared to the same stretch in 2021, according to government figures reported by the Financial Times.

In May, sales by the country’s 100 largest developers were down 59.4 percent, year on year, the 11th consecutive month of decline, the China Real Estate Information Corp. said.

To bring buyers back into the market, more than 100 municipalities have lifted restrictions on purchases, lowered down-payment requirements, and offered subsidies, especially to first-time buyers.

TRENDPOST: China’s dual-circulation economic policy, which seeks a balance of revenue between its domestic consumer economy and manufacturing for export, may not have failed but it clearly has not succeeded yet.

Consumer spending has been a consistently weak link.

During the COVID era, Chinese consumers hoarded their cash against hard times.

After the initial wave of infection passed, different levels of government imposed spot shutdowns whenever a new case was detected. The most dramatic example was the now-ending, two-month lockdown of 325 million people in 46 metro areas.

We reported this latest draconian mandate in “Shanghai Blues: Millions Get Locked Down to Fight COVID War” (5 Apr 2022) and subsequent articles.

With the global economy slowing and recession looming, the manufacturing economy is likely to weaken.

As a result, China will dangle even more goodies in front of consumers to persuade them to part with their yuan.

However, China’s consumers have seen enough economic hard times lately to be easily persuaded to spend. And with the nation’s zero COVID policy which has locked down major portions of major cities and imposed strict travel regulations, a bad economic situation will be made worse.

Faced with slowing growth in its export sector and weak spending among consumers, China’s prospects of avoiding recession are no better than the rest of the world’s.