HILLARY CLINTON COMES OUT AGAINST CRYPTOS 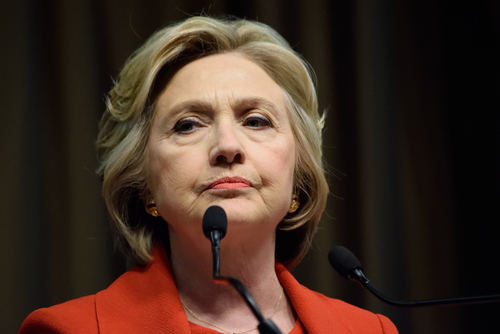 Cryptocurrencies, artificial intelligence, and the disinformation industry are among the “asymmetric power centers” that could destabilize governments, former U.S. Secretary of State Hillary Clinton said at the Bloomberg New Economy Forum on 19 November.

“The rise of cryptocurrency…has the potential to undermine currencies, undermine the dollar as the [world’s] reserve currency, for destabilizing nations, starting with small ones but going much larger,” she said.

Alex McShane, a commentator with Bitcoin magazine, criticized Clinton’s views, writing that “when Clinton casually throws crypto in with her laundry list of threats…she is categorically wrong,” he said.

McShane separates Bitcoin from other cryptos, saying that “the other thousands of cryptocurrencies are centralized and largely unregulated assets whose protocol can be changed at any time; thus, in crypto, the threat of property confiscation persists.”

“Cryptocurrencies cannot undermine fiat currencies or nation states outright because what they offer is fundamentally the same as fiat, which is an asset that can [be] and is debased by governance,” he said.

“Bitcoin assures anyone with Internet access a decentralized, permissionless right to property than cannot be confiscated or censored by any government,” McShane noted.

“No one on the Bitcoin network is forced to choose between updating their software or risk losing their wealth.

TREND FORECAST: While Hillary Clinton's power and presence is of a time gone by, we note this article to again illustrate how creatures of the entrenched establishment will do what they can to denounce, devalue and do away with crypto currencies.