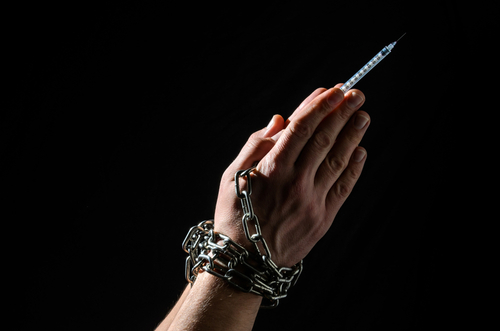 Thousands of health care workers in New York lost their jobs last week after the state’s COVID-19 vaccination mandate took effect, but a federal judge is still considering whether or not a religious exemption should be considered in some of these cases.

The Wall Street Journal reported that the Empire State’s mandate is clear. Employees who work in hospitals do not have the option to take weekly tests and while there were some medical exemptions under the state’s law, there were no religious ones, despite the fact that fetal tissue from aborted fetuses was used in medical research for the vaccines.

The paper pointed to a statement from the state’s Roman Catholic bishops that said it is morally acceptable to take the jab. Pope Francis, the head of the Catholic church, not only gave the vaccine his blessing, he said that he believes that “morally everyone must take the vaccine.”

The WSJ reported that thousands of health care employees in the state lost their jobs because they refused the shots. Some filed lawsuits earlier to challenge the mandate. Last month, a federal judge in Utica, N.Y., issued a restraining order to prevent the government from penalizing a health facility that approved religious exemptions.

The Trends Journal has pointed out in previous issues that “religious exemptions” are in a hazy area of law. (See “HERE COMES THE JUDGE: UNIVERSITY VACCINES REQUIRED.”)

Erwin Chemerinsky, the dean of the U.C. Berkeley School of Law, wrote in The Los Angeles Times against using any religion-based exemptions when it comes to the coronavirus.

“Religious exemptions, like in the University of California policy, are for those with “sincerely held religious beliefs.” But how can this possibly be determined? The Supreme Court has said that religious beliefs are personal and it does not matter whether they are in accord with the teachings and dictates of a particular faith. Under this broad principle, any person could get a vaccination exemption merely by stating that he or she has a religious objection against it. Such an easy opt-out could make the mandate illusory.”

Teachers in NYC are allowed to apply for religious exemptions but are mandated to submit a letter from a clergy member to explain the request.

Unlike Catholicism, where the pope is the central figure, religions like Judaism are a little more complicated because disagreements are common among rabbis.

The Times of Israel reported that many Orthodox rabbis have been opposed to vaccinations.

New York Governor Kathy Hochul said that the state purposely omitted the religious exemption and pointed to the fact that many religious leaders endorsed the vaccine.

“Everybody from the Pope on down is encouraging people to get vaccinated,” she said.

TREND FORECAST: Depending on the nations, states and businesses, there will be both acceptance and denial of religious exemptions.

As we finalize the Universal Church of Freedom, Peace and Justice, we will be offering religious exemptions.

Indeed, these vaccine mandates imposed upon human beings have been issued despite lingering questions about the safety of the vaccine in young people, who have very little chance of serious illness if infected with COVID-19 as reported in our December 2020 article, "COVID VACCINE: SCIENTISTS WARN 'CAUTION'," or our 19 January 2021 article, "COVID-19 VACCINES: TRACKING ADVERSE HEALTH EFFECTS."