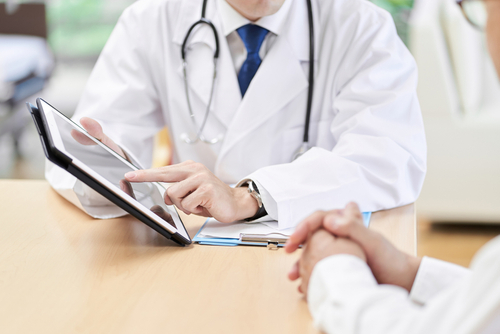 About half of the Americans polled in a recent survey said they are not taking care of their health and many said they don’t know where to start.

OnePoll conducted the survey that was commissioned by Fullscript for World Health Day and found that of the 2,000 polled, 53 percent did not consider their lifestyle “healthy,” and 39 percent said they do not know the first steps in getting a grip on their health.

“We believe that a person's well being is best guided by a practitioner who can understand their goals and offer the most such evil starting point for their health journey—therefore, we weren't surprised to say that half of the respondents would like their doctor to play a larger role in their health,” Jeff Gladd, M.D., chief medical officer at Fullscript, said. “Through regular care, this relationship will help guide sustainable progress, as well as support any disruptions to momentum.”

TRENDPOST: Though consulting a medical professional seems like a smart decision, there seems to be a lack of motivation among these individuals who are unable to begin their “health journeys” on their own.

There has never been an easier time in human history to have access to valuable information to put you on the right track to get healthier. There are countless free apps, YouTube videos, and other online content.

But, of course, no doctor can make someone opt for a salad instead of a Big Mac. That is up to the individual. It is also worth noting that many schools don’t teach the subject to children.

The survey found that most said they will begin taking a healthier approach to life at 36. About 78 percent of those asked said they wanted to focus on their physical health followed by 73 percent who wanted to improve their diets.

Plus-Sized People Not Feeling the Love

There is a push from plus-sized shoppers who feel clothing companies that produce activewear are not doing enough to meet their needs.

“We’ve talked for years about how painfully ironic it is that it is somehow more profitable in capitalism to exclude fat bodies than it is to take our money,” Marianne Kirby, an author, who wants “bigger-bodied” people to reclaim the term “fat.” She told The Wall Street Journal that overweight individuals tend to avoid new activities due to the lack of properly fitting attire and gear.

The Trends Journal has reported extensively on the obesity epidemic in the country. (See “THE BOTTOM LINE: DAIRY QUEEN FINDS NEW WAYS TO MAKE AMERICANS FATTER, DUMBER, AND SICKER.”)

The World Health Organization said the number of those around the world considered obese in 2030 will be more than double the amount in 2010.

The problem attracted new attention during to COVID-19 outbreak because those who are obese are far more likely to suffer complications compared to the healthier population.

The WSJ reported that some brands once avoided overweight individuals because they wanted to protect the bad publicity of being worn by someone overweight. The paper pointed to Mike Jeffries, the former CEO of Abercrombie & Fitch, who said in 2006, “A lot of people don’t belong [in our clothes].”

The report said companies like Adidas, Nike, and Under Armour have added larger sizes for its customers to meet the demand, but the paper pointed out that even in these cases, most times the sizes top out at 3X.

There are new brands that will meet the demand of the country’s extending waistline. The Yitty shapewear line from Fabletics will come in sizes up to 6X.

TRENDPOST: The fallout from the COVID-19 outbreak and subsequent lockdowns has still not been realized. We reported in our 3 August 2021 issue that fast-food sales across the U.S. surged in 2020. (See “FATTENING UP: FAST FOOD SALES SURGE.”)

In 2018, 73 percent of U.S. adults were overweight and almost 43 percent were obese, as measured by body mass index, according to the U.S. Centers for Disease Control and Prevention; 31 percent of children age 6 and older are overweight and about 20 percent are obese, the Kaiser Family Foundation has estimated.

Politicians crashed the economy to ostensibly protect us from the coronavirus ... which largely attacks the obese and Type 2 diabetics that, as the data proves, became less healthy with the lockdowns.

And, as we have noted, while the media and politicians sell the COVID vax as the only way to avoid getting the virus, absent is how to get healthy and build ones’ immune system to defeat it.

They have done nothing to defend against a true pandemic of declining health rooted in what is now called the “Standard American Diet” of refined flour, refined sugar, and processed foods that are more noxious than nutritious.

As we have reported in the Trends Journal, not only is the obesity and overweight trend deadly, it’s costly.

The report, “America's Obesity Crisis: The Health and Economic Impact of Excess Weight,” produced by the Milken Institute, includes data showing that the impact of obesity and being overweight on the U.S. economy is more than $1.7 trillion, which equals 9.3 percent of Gross Domestic Product.