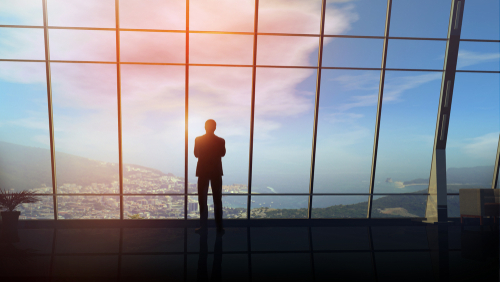 If nothing else, the Russia - Ukraine conflict has thrown new scrutiny onto a self-serving “green energy agenda” that favors the investments of billionaire interests including Bill Gates, BlackRock and others.

Several shoes dropped this past week regarding the growing awareness that there’s a “climate cartel” at work trying to kneecap the traditional energy sector to favor dubious green technologies.

As reported by Breitbart, there was Sen. Tom Cotton (R-AR) on CNBC’s “Squawk Box,” promising an investigation of the climate cartel:

“[W]hat Larry Fink and BlackRock have done, in part through collusion with this Climate Action Partnership, is essentially create a climate cartel. They are trying to suppress investment in the fossil fuel industry in America. And I know you have a lot of CEOs and investors who watch. I would just say this, if you’re thinking about joining this climate cartel, you better think again, and you better lawyer up. There’s a reason why America’s top law firms are already advising their clients to be wary here, because this is contributing to $5 a gallon gas and when Republicans take charge in November, I’m going to make sure that the Congress is investigating these matters.”

Cotton called the calculated strategies undermining the traditional energy sector to benefit with rival technologies a violation of antitrust laws, and a possible criminal violation.

The Trends Journal alerted readers to the climate cartel angle of the supposedly disinterested green energy agenda, in “ENERGY INFLATION AND GREEN ENERGY TYCOONS,” 17 May 2022.

Cotton pointed out that supposed “green” electric vehicles are no more green than gasoline powered cars. Many electric plants rely on coal to generate their power, the Senator noted.

The impact of mining the materials to produce lithium batteries and other components and infrastructure for electric vehicles also represents huge environmental costs.

A June 2022 CNET article is one of the latest to point out that the carbon superiority of EVs is a muddier issue than many presume.  There are factors that really can’t be very accurately quantified with EVs, including the impacts of battery production, and even the weather conditions that markedly affect EV efficiency.

Yes the article does end up concluding that EVs are more carbon friendly than gas vehicles. But does 260 grams of carbon emissions per mile vs. 150 grams (with caveats about accuracy) sound like a reason for a rush phase-out of fossil fuels?

Oh, and another huge hole in the calculations: after as little as ten years, that EV lithium battery may need to be replaced. Factor that in, and the carbon benefit of electric vehicles shrinks further.

Disposal time? Components of an EV including that battery require extra resources to dispose of or reclaim, and contain hazardous materials. They pose an environmental negative for EVs, as a Wired article detailed in 2021.

Other impracticalities and immaturity of green technologies means quite simply that average human beings—not elites—stand to lose big-time in terms of standard of living, should the green agenda be imposed.

Europe is getting a taste of it right now with the energy crisis, exacerbated by decisions to decommission nuclear power plants, and other green initiatives.

Green technology is in no position to power homes, businesses, or replace needed farm fertilizers, for that matter. There’s a reason why Europe is revolting, and the “Climate Cartel” is as much a factor as the Russia - Ukraine conflict, which have only brought the illusions and NGO and green energy tycoon eco-graft manipulations home to roost.

Meanwhile, Democrats hoping for a slice of “green new deal” to sell as a voting accomplishment before November elections, may be running on empty.

According to Fox News, Senator Joe Manchin (D-WV) has said he won’t support a budget bill that contains any “green” provisions on energy and climate change.

Democrats planned to approve a comprehensive bill that included funding for supposed “clean energy incentives,” to promote during the midterm elections.

"Political headlines are of no value to the millions of Americans struggling to afford groceries and gas as inflation soars to 9.1 percent," a Manchin spokesperson said in a statement to Fox News.

Pursuit of Money vs Saving Earth: The Climate Cartel

It’s no secret green activists are thrilled at the exorbitant gas prices. Fox News this past week featured a headline about the current Biden Transportation Secretary: “Amid high gas prices, Pete Buttigieg slammed for telling Americans to switch to electric cars.”

The fact is, much green technology can’t compete with fossil fuel and combustion technology, in terms of price, efficiency and relative simplicity, on anything approaching a level playing field.

Thus green energy advocates point so stridently to carbon footprints and “saving the earth.” The world, they argue, must ban fossil fuels (and natural foods and fertilizers, and so on), not because the alternatives are superior by traditional metrics.

The oceans will rise and the world will broil, goes the argument.

But there are few “cost free” decisions in the real world, as eminent economist and political philosopher Thomas Sowell has long pointed out.

The reality is the inevitable energy squeeze resulting from “green energy” policies is hurting world economies, and increasing hardships among the world’s poorest, who can least afford it.

If the interests rigging the energy game were divested and financially uninterested parties, their “saving earth” motives at least might seem sincere.

Unfortunately, that’s not the case. Senator Cotton’s recent remarks at least show that some policy makers might be ready to pay closer attention to following the Climate Cartel money.