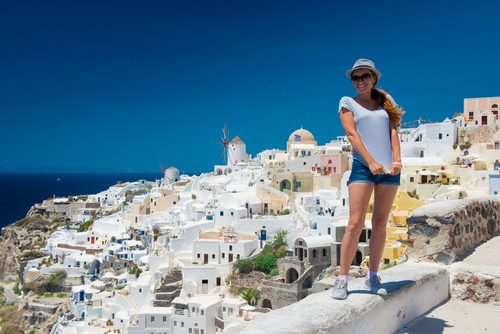 Greece announced last week that it will no longer enforce its strict COVID-19 restrictions for visitors, just before the summer travel season.

Thanos Plevris, Athens’ health minister, said Wednesday that he does not believe it would be wise to try to emulate China and seek a “zero-COVID” strategy. He said the country will instead try to live with the virus.

About 11 million people live in the country. Since the start of the outbreak, 28,701 people have died from COVID-related complications. There have been 3,252,248 confirmed cases. Last Tuesday, the country recorded 15,000 new infections and 64 deaths. About 72 percent are fully vaccinated.

Plevris announced that beginning 2 May, there will be no entry rules for any travelers, which means they will not have to present any kind of vaccination card or certificate proving that they have recovered from the virus. He said conditions in the country have stabilized.

The Financial Times reported that guidelines about access to bars and restaurants will also be dropped in the country. Athens’ mask mandate for indoor venues will also remain in place until 1 June.

TREND FORECAST: As we have forecast the first week of this year, countries around the world can no longer afford to stay locked down and the COVID War would begin to wind down by late March/mid-April. Greece joins Ireland, Poland, Sweden, Iceland, and others that have lifted a number of restrictions for travelers.

These mandates destroyed hundreds of millions of lives and livelihoods around the world. (See “TOP U.S. HOTELS ARE IN DEPRESSION OR RECESSION,” “GLOBAL TRAVEL INDUSTRY REELING” and “LOCKDOWNS COST U.S. $1.1 TRILLION IN LOST TRAVEL INCOME.”)

Tourism is, of course, a major driver for the Greek economy that has already been impacted by earlier lockdowns and now the Ukraine War. IOBE, the think tank, told Reuters that Greece’s economy is expected to grow only 2.5 percent to 3.0 percent this year, which is down from the earlier 4.5 percent to 5.0 percent estimate. The GDP rebounded strongly last year by growing 8.3 percent.

Like many other countries, Greece is also dealing with soaring inflation. Greece's annual consumer inflation accelerated to 7.2 percent in February, Reuters reported, which is its highest in 25 years.

“If the crisis in Ukraine continues and sanctions…are extended for many months, then Europe will be led to a recession and our economy will not escape,” he said when asked about the IOBE‘s projections for 2023.