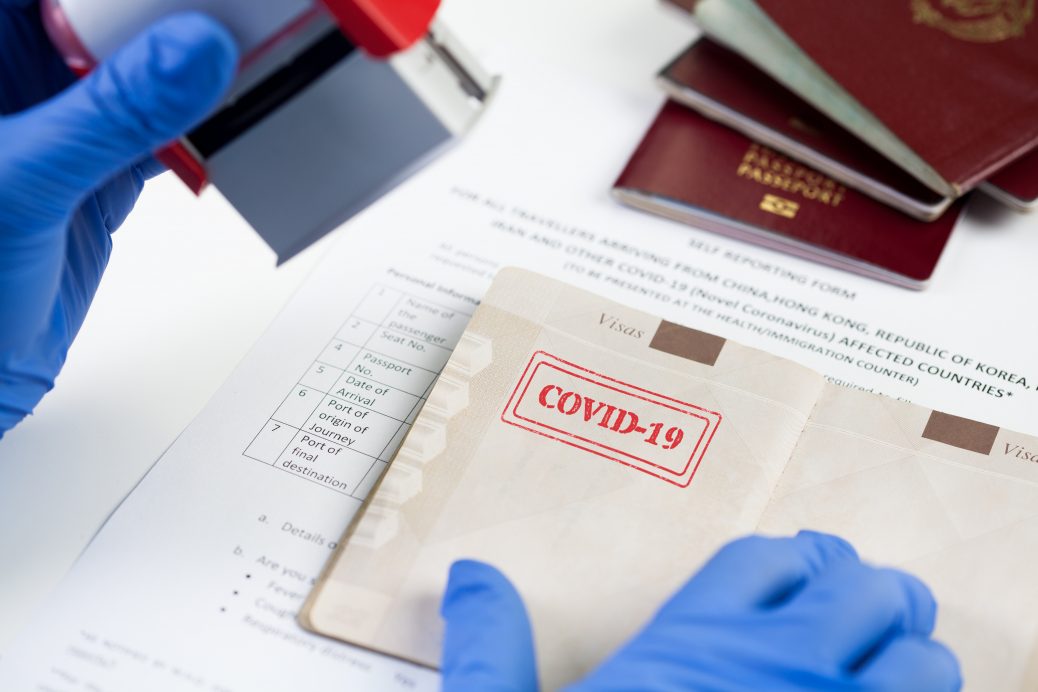 The governor announced last Tuesday that those refusing will risk being fined up to $2,000 and be forced to appear in court and face quarantine restrictions.

The governor specifically mentioned the policy was due to rising death rates from the virus in those states.

TRENDPOST: Checking the actual records from the New York Times database, 17 states have seen an increase in death rates from the coronavirus (not 22 as stated by Governor Cuomo).

But, in fact, when adding the total number of deaths vs. total population in the 17 states that saw a death rate increase since 1 June, it comes to the grand total of 47 deaths per million or 0.0047 percent.

New York’s tracing and quarantine policy also has been adopted by New Jersey and Connecticut.

Governor Cuomo stated, “None of this is pleasant, but we’ve gone through this before. We can’t be in a situation where we have people coming from other states… bringing the virus again. It’s that simple.”

The governor’s statement came after only ten deaths from the virus were reported in the state the previous Sunday and less than 800 residents required hospitalization. This marked the lowest level since the middle of March.

Governor Cuomo also announced last week that New York State will not be reopening schools because “We’re not going to use our children as guinea pigs.”

According to the 9 July report published in the New England Journal of Medicine, “Children younger than 18 years of age who had Covid-19 composed only 1% of the total number of patients.” Only 11 percent of that small number required hospitalization.

The Journal of the American Medical Association (JAMA) published results of a study of children and the coronavirus taking place between March and April.

The New York Times reporter writing about it concluded, “The study both reinforces the evidence that only a small percentage of children will be severely affected by the virus.” The article also confirmed that the two children who had died had significant pre-existing health issues.

It’s ironic Governor Cuomo should state, “We’re not going to use our children as guinea pigs” since, as reported in the Trends Journal, previously, he ordered elderly COVID-19 patients to be removed from hospitals and put into nursing homes, leading to spike in deaths in those facilities.

Those people were not only guinea pigs but sacrificial lambs.

TRENDPOST: This past weekend, a major breaking news headline story in the U.S. was “Claremont 13-Year-Old Dies After Experiencing COVID-19 Symptoms.”

With society hooked on sound bites, a Pressitute on CBS TV opened his broadcast saying, “The shocking death of a 13-year-old boy has his family fearing tonight that he might have died from COVID-19.”

In actuality, the young California boy had been tested for the virus on 9 July –his test came back negative.

This type of reporting not only fails to be criticized as irresponsible journalism, it also has become the new ABnormal… in the U.S. and across the globe.

And, one suspected COVID-19 death of a young person in a state of 40 million is big news, spreading more fear and being used as a reason for states to not reopen schools this year.

TREND FORECAST: With schools locked down and students learning online, there will be movements across America for lowering school taxes, since less teachers will be required to teach online and costs to run and maintain brick and mortar schools will be eliminated.

TRENDPOST: King Cuomo is exalted as Governor Hero by the mainstream media and his fans for his handling of the COVID crisis in New York State.

It should be noted there have been 32,500 deaths in New York, a state with a population of 19.5 million.

And now, major parts of Spain again are being locked down again because of a rise in virus cases.

Yet, there have been no new deaths recorded in Spain over the weekend, and since the COVID War began in March, some 28,000 people of a population of 46.7 million have died of the virus.

In simple math, the death rate of Spain is 0.06 percent compared to 0.15 percent in New York State.

This “Fear and Hysteria” trend is global.

Facts and numbers don’t count… political decisions are all that matters.

Australia, as we noted last week in the Trends Journal, has closed bordering cites and locked down Melbourne, a city of five million, because of virus cases increasing. There were 428 last Friday.

As we continually note, case counts that are being blasted across the media do not equal deaths.

In Australia, a country of 25.5 million people, there have been the grand total of 122 virus deaths or 0.00048 percent of the population.

And now, with businesses that had reopened being forced to shut back down, economic and personal hardships will continue to escalate.

It should be noted that at least 5,000 Australians died of air pollution last year according to Environmental Justice Australia… a number 40 times higher than the 122 who died of the virus!

Of course, absent in the coverage are the trillions of tons of chemicals and pesticides pumped into the earth, water, air, and crops causing diseases that kill tens of millions across the planet each year.