GOVERNMENT: FREE SPEECH IS BAD FOR YOUR HEALTH 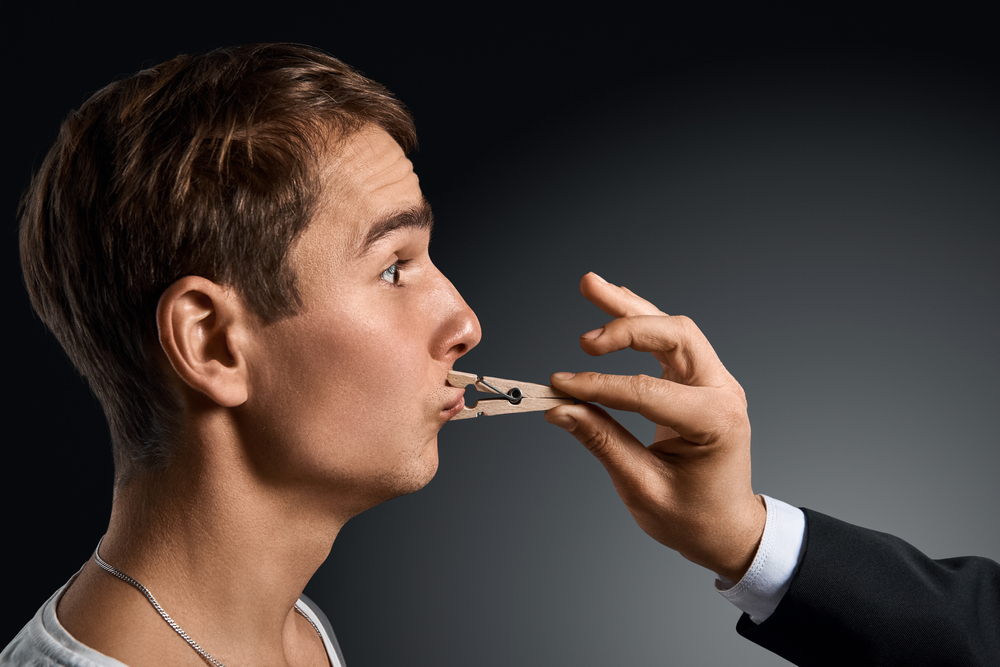 The summit produced four “top takeaways.” But number one on the list targeted free speech rights, via a declaration “Self-Regulation Isn’t Going To Cut It”:

“Facebook and Google have doubled down on efforts to remove misinformation, and more. But, according to lawmakers and advocates, no amount of defensive efforts by the tech industry is going to save companies from impending government intervention.”

Sen. Amy Klobuchar (D-Minn.), one of the attendees of the virtual summit, complained that social networks like Facebook weren’t doing enough to promote vaccines. She pointed to a study which she said showed that people who said Facebook was their primary source of news were less likely to be vaccinated.

This past July, the Senator introduced The Health Misinformation Act. The bill would create an exemption in the oft-cited Section 230 protections that protect social media companies from liabilities for users posts, since the socials are not considered “publishers.”

Klobucher’s bill would give the the Department of Health and Human Services (DHHS) new powers over would be considered “health misinformation.”

Companies which didn’t actively censor user posts and information flagged as health misinformation by the DHHS would be open to liability. In promoting her bill, Klobucher has said:

“These are some of the biggest, richest companies in the world and they must do more to prevent the spread of deadly vaccine misinformation. The coronavirus pandemic has shown us how lethal misinformation can be and it is our responsibility to take action.”

“Health Misinformation” is the term of the moment that social media censors and their allies and overseers in Congress are using to assault free speech protections of American citizens and news companies with dissident views.

The cry has been progressively twisted to censor almost any information and political debate authorities desire to control.

For instance, President Joe Biden and Centers for Disease Control (CDC) Director Rochelle Walensky have both recently framed gun ownership as a threat to health rights.

In April 2021, Biden proclaimed the country was in the midst of "a gun violence public health epidemic.”

Walensky followed up in August, announcing new CDC efforts to fund research and proscriptions making the case for gun control, though she denied that was the object.

“Climate Change” is another battleground that has been characterized as an urgent public health crisis.

The World Health Organization (WHO) has an extensive list of the health emergencies posed by Climate Change. The CDC, meanwhile, says Climate Change constitutes a significant health threat to the nation and world.

The New England Journal of Medicine has a section of its website devoted to “Climate Crisis and Health.” A September 2021 editorial simultaneously published in hundreds of medical journals on the eve of a UN Biodiversity Summit, called for immediate action to reduce global warming, to avoid a health catastrophe.

Migration (supposedly driven by climate change as opposed to corrupt and ineffective government) has been predicated as a health crisis, in studies posted by the National Institute of Health (NIH).

The CDC has called “Racism” in America a “serious threat to the public’s health.”

CDC Director Rochelle Walensky has opined on the CDC’s role in combating that crisis: “Confronting the impact of racism will not be easy…I know that we can do this if we work together. I certainly hope you will lean in and join me.”

Income Inequality has been called a “healthcare crisis.” To give just one recent example,  a May 2021 whitepaper by government tied “Project New Dawn,” referenced the crisis in outlining the case for establishing a U.S. Central Bank Digital Currency:

“Income inequality and associated social divide is causing an irreparable health crisis. Importantly, empirical evidence suggests that the top stressors included money, work, and the economy, with 61% of Americans reporting money as a stressor. Moreover, Americans with lower incomes reported a disproportionately higher amount of stress and higher inability to manage stress (Layte, 2011, Segram and Sequeira, 2020). The extant empirical research supports the notion that lack of financial security leads to both physical and mental ailments.”

The overall point is not whether firearms, poverty, racism or the weather have health impacts.

The takeaway is that establishing a precedent for Federal authorities to censor “health misinformation,” effectively provides power to censor virtually any consequential subject. Anything can be framed as a health issue.

What’s more, even the most innocuous, formerly uncontroversial information can suddenly become verboten.

The latest?  On Friday, there were reports that Instagram (owned by Facebook), a social media platform favored by a younger demographic, had banned the hashtag #naturalimmunity.

Lackey media outlets spun the news not by disputing the ban, but by saying it risked “fueling conspiracy theorists.”

The suppression of different perspectives and relevant facts not only has expanded the power and wealth of a self-serving technocratic class that has repeatedly flouted their own dictates, it has prevented Americans from accessing information and formulating policies that might better their economic and social conditions and their health.

The dynamic has played out with horrendous consequences over the course of the COVID War.

Information on the origins of the virus, U.S. funding of controversial virus experiments, lack of efficacy of lockdowns, masks, social distancing, lack of accuracy of testing and reporting on serious illness and death rates, and efficacy of cheap therapeutics being used with success in other countries, have all been subject to manipulation and censorship serving corporate and governmental agendas.

The Trends Journal has been among the leading news sources in the world pointing out those abuses, and compiling a counter-narrative.

At the end of the day, Congress has no constitutional authority to enact legislation of the kind Klobucher advocated at Politico’s Tech Summit, which would effectively bar any speech deemed “health misformation.”

The First Amendment to The Constitution expressly forbids Congress from restricting free speech:

“Congress shall make no law respecting an establishment of religion, or prohibiting the free exercise thereof; or abridging the freedom of speech, or of the press; or the right of the people peaceably to assemble, and to petition the Government for a redress of grievances.”

But the current crop of pols in Congress and state governments aren’t proscribing Constitutional rights as a way back to health for the country. They’re power-mongers masquerading as medical experts now, pontificating about COVID, vaccines, mask efficacy, the dangers of formerly uncontroversial cheap medicines, and the “health risks” of free speech.