GOING DOWN, GOING BUST, GOING OUT 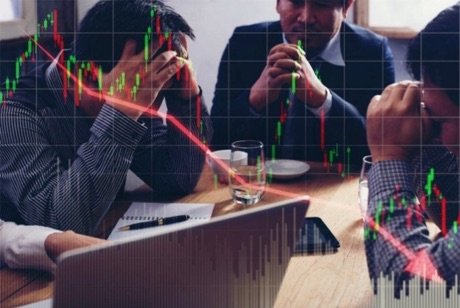 CARNIVAL STOCK PRICE DOWN 60 PERCENT. Share prices of the world’s largest cruise line fell 2.5 percent last week after the company announced it would suspend all U.S. cruises through April and Australian departures until at least mid-May.

Carnival also canceled planned outings in Europe for its Carnival Legend ship, which were scheduled from May through October, and bumped back to 29 May the launch of its Mardi Gras vessel from Port Canaveral in Florida.

Operators had hoped the appearance of COVID vaccines would encourage travelers to book new voyages but the virus’s persistence has dashed those hopes, the Financial Times reported.

“The pandemic has had a devastating effect on the industry, with many large outbreaks taking place on ships in the early stages of the crisis,” the Times noted. “Demand for cruise holidays has since collapsed.”

With no revenue, Carnival is shelling out $650 million a month to maintain its ships, operate the company, and pay interest, including on $10 billion in new funding raised since the pandemic began and money gleaned from U.S. and European junk-bond markets in November.

The company also sold several of its older ships for scrap last year.

FRANCESCA’S HOLDINGS CORP. TO BE SOLD. The retailer of women’s clothing will sell itself out of bankruptcy to a pair of buyers who will close at least 275 of the chain’s 551 stores, the company said in a statement announcing court approval of the plan.

About 140 stores were closed before Francesca’s filed for bankruptcy in December.

The new owners are private equity firm TerraMar Capital and Tiger Capital Group, an appraisal and liquidation firm that also is among Francesca’s creditors.

The sale is for $18 million in cash and a promissory note for $1.25 million. The new owners also are taking on about $7.75 million in the company’s debts.

GODIVA SHUTS ITS NORTH AMERICAN BRICK-AND-MORTAR LOCATIONS. After announcing in 2019 that it would open 2,000 cafés worldwide by 2025, the Turkish-owned chocolatier will depart all 128 of its brick-and-mortar stores in North America by April.

The company opened the first such café in Manhattan in April 2019 and operates shops in Belgium, China, Japan, and the Middle East. Stores in other regions will remain open, Godiva CEO Nurtac Afridi said in a statement announcing the closures.

In North America, Godiva chocolates will still be available through department, drug, and grocery stores as well as online, Afridi said.

The jobs are being lost because many grocers now use their employees to fill orders but still use Instacart's technology.

Also, the company is reducing in-store order-pickers as it moves to have the same person both pick out a customer’s groceries and deliver them instead of splitting the tasks between two people.

TREND FORECAST: As the vaccine recedes, and fears of public contact with it, grocery-shopping services will see their customer bases shrink but not disappear. People able to afford it have gotten used to the convenience of having others do that task for them.