GO TO WORK. NO VAX REQUIRED 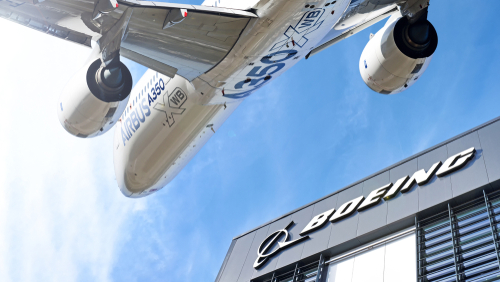 Boeing, the aerospace giant, announced that it will no longer keep in place its vaccine mandate after a court’s decision to prohibit the enforcement of President Biden’s federal contractor executive order.

Boeing’s move came after the U.S. District Court for the Southern District of Georgia agreed with the Associated Builders and Contractors, a trade group that represents construction workers, that Biden’s order likely exceeded his authority under the Procurement Act.

The New York Times reported that Amtrak, General Electric, Union Pacific, and other companies jettisoned their mandates after the ruling. The reports said that these companies have been finding it challenging to hire new employees under the new guidelines.

Boeing has said about 92 percent of its more than 110,000 U.S. employees have been vaccinated. The company has urged employees to get vaccinated.

The Trends Journal has reported on the Biden mandate and likely legal challenge. (See: “WANT TO KEEP YOUR JOB? GET THE JAB!” “NEW YORK UNIONS FIGHTING VAX JAB DEMANDS,” and “UCLA DOCTOR: NO JAB NO JOB, CALL THE POLICE.”)

TRENDPOST: As noted in the following Trends Journal articles, we have long forecast that governments would enforce unprecedented measures to get as many people jabbed with the Operation Warp Speed gene therapy shot as possible:

Biden had announced an unprecedented new order that would force any employer with over 100 workers to either mandate vaccines or offer weekly testing.

TREND FORECAST: Last Friday, in a 2-1 decision, the 6th U.S. Circuit Court of Appeals in Cincinnati reversed a decision by a federal judge in a separate court that had paused the mandate nationwide. Thus as we had noted when this occurred, considering the Federal court’s pro and con must get vaxxed rulings, we forecast the case will go to the Supreme Court.

TRENDPOST: Before President Biden imposed his latest round of his “Get vaxxed or get lost” COVID mandates, he was being chastised in the media, across the nation, and around the world for his disastrous Afghan War withdrawal.

But now that he has imposed his Imperial Powers upon the citizens of Slavelandia to get vaxxed and do what they are told, the mainstream media, as we have continued to detail, and the mass majority, are supporting his mandates.

However, we maintain our forecast for a new anti-vax, anti-establishment, anti-tax, anti-immigration political movement in the coming years in the United States and abroad.