GM CRACKDOWN: GET VAXXED OR GET OUT 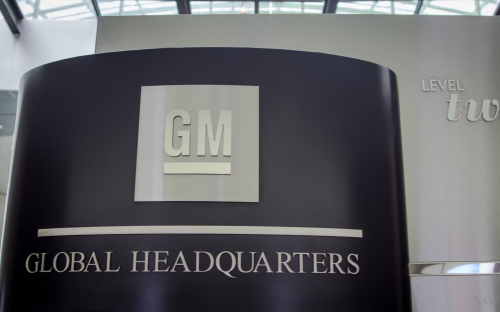 The Trends Journal has long reported:  "NO JAB, NO JOB?”

General Motors, the American car giant, informed employees last week who have not reported their vaccination status that they could receive a safety violation letter in their personal file unless they comply, according to a report in The Wall Street Journal.

“We are pleased that virtually every GM salaried employee has reported their vaccine status via our confidential reporting tool,” the company said, according to the report. “We continue to work with a very small number of employees to reach 100 percent completion.”

The Journal reported that the move by GM is “significant” because they are one of the first large companies to show a "willingness to exact penalties, such as withholding a part of a yearly performance bonus, in order to enhance access to data that can help ensure a better response to the virus.”

The directive was sent to its white-collar workforce. The company last month asked its 48,000 U.S. white-collar workers to disclose their vaccine status to determine “when GM may need to increase or be able to relax or rescind certain COVID-19 safety protocols.”

The company has not forced employees to be vaccinated. Ray Curry, the UAW president, who represents 400,000 workers, said at a business roundtable last month that the organization does not plan to mandate vaccines for its members. He said the union encourages members to be vaccinated but “our ultimate” is that we would “respect the wishes of our membership.”

The Detroit Three automakers have been working with the UAW on workplace safety and vaccinations, The Detroit Free Press reported.

"You look at those two things together because we've got to protect peoples' lives and protect their livelihood," Reuss said. "We're trying to be respectful of many different people who may have health issues or for some reason can't do it."

TREND FORECAST:  As noted in the following Trends Journal articles, we have long forecast that governments and corporations would enforce unprecedented measures to get as many people jabbed with the Operation Warp Speed gene therapy shot as possible. Among them are these articles:

And, regardless of the nation, state or city, we maintain our forecast that those mandating “No Jab, No Freedom” will face growing pressure among anti-vax, anti-establishment Freedom Fighter movements.