GLOBAL HUNGER FROM COVID WAR WILL MILLIONS MORE THAN THE VIRUS 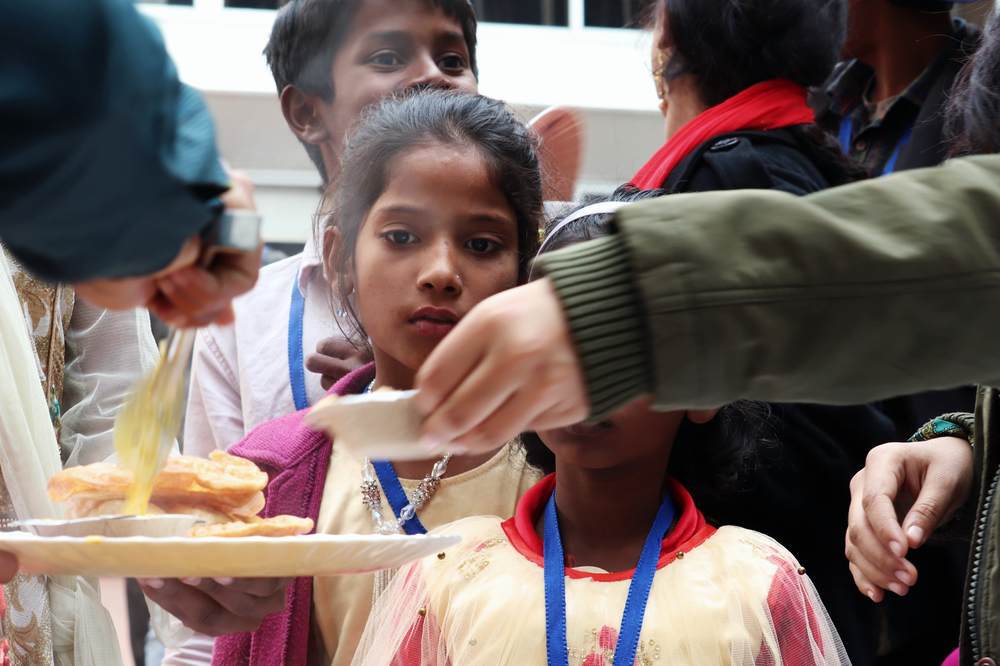 Since the COVID War was launched by the Chinese in celebration of their Chinese Lunar New Year in 2020, an estimated 4.13 million people allegedly died from the coronavirus.

However, scores of millions more will die not from the virus, but as a result of the COVID War that has destroyed their lives and livelihoods.

The World Food Program, the anti-hunger agency of the United Nations, said Friday that about 120 million more people across the globe are expected to face “potentially life-threatening food shortages” in 2021 than in 2020.

“I have never seen it as bad globally as it is right now. Usually you have two, three, four crises—like conflicts, famine—at one time. But now we're talking about quite a number of significant crises happening simultaneously across the globe,” Amer Daoudi, a senior director from the agency, said, according to The New York Times.

The Times, citing a joint report by the World Food Program and the U.N.’s Food and Agriculture Organization, said countries in Africa, Central America, Afghanistan, and North Korea all face the “economic repercussions of COVID-19 and the climate crisis,” which is expected to “drive higher levels of acute food insecurity in 23 hunger hot spots” in the next four months.

The report also pointed to the humanitarian crisis in Ethiopia that has been ravaged by war. The Trends Journal has reported extensively on the conflict and its fallout. (See “ANOTHER ETHNIC MASSACRE IN ETHIOPIA,” and “MORE WAR CRIMES IN TIGRAY.”)

Last week, UNICEF warned that more than 100,000 children in Ethiopia could face extreme starvation in the next 12 months due to the fighting in the Tigray region. CBS News reported that food convoys have been blocked from entering the region and it has been months since one was able to make its way to the people.

Samantha Power, an administrator for USAID, was preparing to visit the region on Saturday. Simon Adams, the executive director of the Global Center for the Responsibility to Protect, told the network that Power’s visit “sends a very powerful signal that these atrocities…can no longer be ignored.”

The Times reported that countries in Africa that have a history of being food secure have seen new cases of hunger emerge. The paper pointed to lockdowns that closed down food vendors that forced “some of the country’s poorest residents to travel farther to buy groceries and shop at more expensive supermarkets.”

South Africa’s unemployment rate is at 32.6 percent after about three million in the country lost their jobs, the report said. The paper reported that by the end of last year, 40 percent of those in the country have been impacted by hunger.

TREND FORECAST: As we have forecast when the COVID War was launched in 2020, the move to shut down the global economy in order to deal with the virus would create a global famine on a scale never seen before.

David Beasley, head of the World Food Program, in addressing the United Nations Security Council in April 2020, stated the economic shutdown “could soon double hunger, causing famines of ‘biblical proportions’ around the world by the end of the year.” He added, “Millions of civilians living in conflict-scarred nations face being pushed to the brink of starvation.”

Nothing points to the incompetent and immoral actions of political leaders and their health “experts” more than this issue of mass starvation, a direct result of the unprecedented global shutdown.

While billions of dollars are easily raised to finance the rush to a vaccine, which may never be effective, and while drones fly around searching for citizens not social distancing and police threaten fines and jail time for those not wearing masks, the UN World Food Program has to beg for money to keep hundreds of millions of people from starving.

And, again, virtually nothing about this global tragedy is mentioned in the mainstream news.