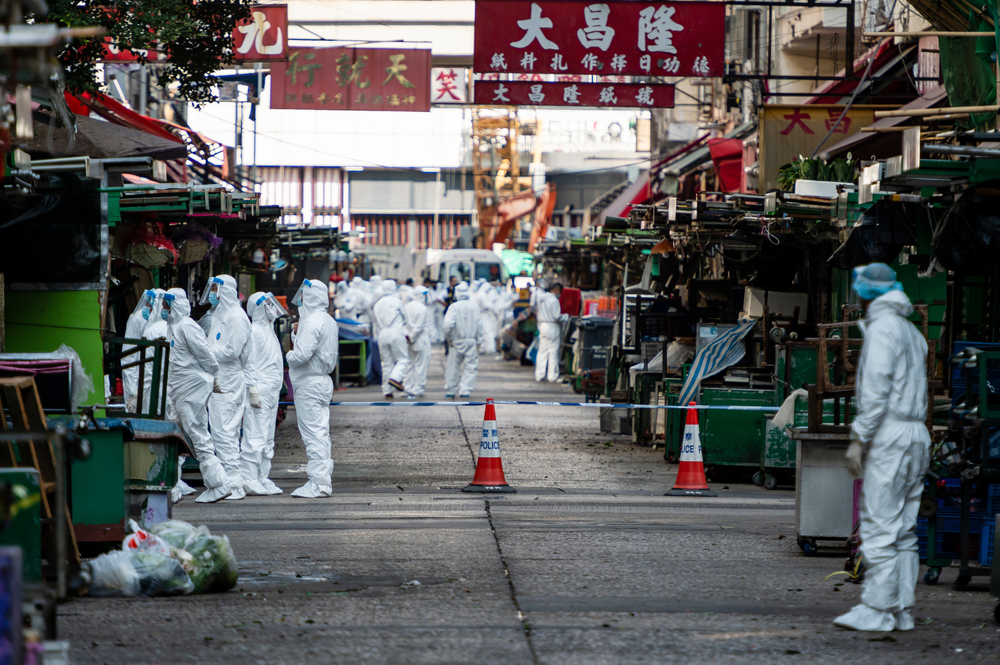 China’s “Zero-COVID” policy continues to impact the global economy, which economists say is a double whammy due to the war in Ukraine.

The Journal, citing the International Monetary Fund, said China accounted for 18.1 percent of global GDP in 2021, which is just behind the U.S., which made up 23.9 percent of the GDP.

The paper said China's economy grew slightly in the first few months of the year, but has slowed to a crawl due to COVID-19 lockdowns in its major cities like Shanghai and Beijing.

The Trends Journal has reported extensively on China's “Zero COVID” policy in its effort to prevent a massive outbreak in the country of 1.2 billion people. (See “HERE WE GO AGAIN: CHINA RAMPS UP COVID WAR AS KEY CITIES SHUT DOWN,” and “CHINA RAMPS UP ZERO-COVID POLICY: STAY HOME, DON’T TRAVEL.”)

China led the way in 2020 when it came to extreme COVID-19 lockdowns and mandates. Chinese President Xi Jinping has been one of the world's last remaining holdouts to enforce a "zero COVID" policy, which means any small outbreak results in an immediate lockdown until any risk of further contamination is snuffed out.

CNBC, citing a recent European Union Chamber of Commerce in China survey, reported that nearly 60 percent of European businesses in China announced that they are cutting 2022 revenue projections due to these lockdowns. Areas in Beijing announced on Sunday that they will enforce a lockdown to limit a small outbreak.

Reports out of China indicate that restaurants will be closed In these neighborhoods except for delivery. Pharmacies, indoor entertainment venues, gyms, and shopping malls have been closed, NDTV.com reported.

The Journal pointed out that car sales in mainland China have plummeted and top carmakers have seen output reduced by 98 percent from factory floors.

Apple, the computer giant, also announced that COVID lockdowns in China could cost the company up to $8 billion in lost sales due to supply chain issues.

Apple is reportedly looking to India and Vietnam as viable options to ramp up production while Beijing deals with its COVID-19 crisis.

The Journal, citing analysts, reported that more than 90 percent of the Cupertino, Calif., company’s products are manufactured in China.

TREND FORECAST: The lockdown in Shanghai has been a case study in how authoritarian governments can control and intimidate its population.

While the city of 26 million was locked down there were food shortages and reports that some could not access medical care. Videos emerged online that showed residents yelling from high-rise windows in rebellion against lockdowns.

As we have pointed out in several earlier issues, China led the way during the first round of COVID-19 infections in 2020, and there is little reason to believe that the West will not impose its own lockdowns if another variant begins to spread.

Europe and the U.S., which have already crushed small businesses and the human spirit during previous outbreaks, have shown a willingness to let Beijing set the bar.

China’s state-owned Global Times praised Beijing for keeping “people first and life first,” compared to the “cruel social Darwinism” of Western countries. As of May 12, 2022, nearly 87 percent of the Chinese have taken the COVID JAB.