GET VAXXED, GET THE VIRUS, GET SICK 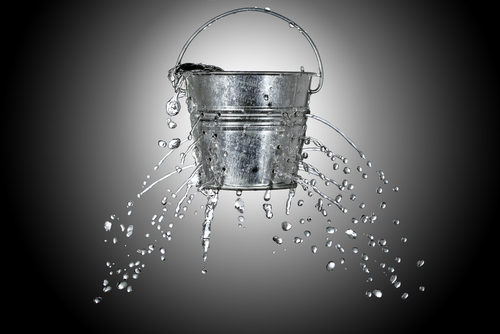 Remember the bullshit spewed by politicians, Presstitutes and “health officials” nearly two years ago that if everybody obeyed their orders, shut down their businesses, stopped going to work, stayed home, kept kids from going to playgrounds, stayed off the beaches, socially distanced, wore masks, stopped having sex... they would win the COVID WAR?

And how about the crap sold in November 2020 by drug dealers (that morons and imbeciles call Big Pharma) that the Operation Warp Speed COVID Jab would have a 96 percent efficacy rate?

The COVID-19 outbreak, which has now gone on for over two years, continues to spread at a rapid pace, and individuals who’ve said they’ve taken every possible precaution, from face coverings, social distancing, and fully vaxxed are continuing to come down with infections.

TRENDPOST: Why are companies forcing vaccinations when the efficacy rate of the COVID Jab stopping the Omicron variant is only one third effective?

This calculation is not what the mainstream media would call a “conspiracy theory” since we quote CNBC’s “Health and Science” article in our 21 December Trends Journal that original two-dose vaccination series... offers only 33% protection against infection…,” according to real-world data from South Africa.

With the mainstream media dumbed to comic levels, the big news over the past few weeks is all about “celebrities” (actors who pretend to be someone else), mainstream media Pressitutes and comedians who tell stupid jokes who either died or got the virus despite being fully jabbed.

There have been recent high-profile cases among clowns like Jimmy Fallon, James Corden, and Bob Saget. Saget was found dead in his hotel room on Sunday. His friends said he had recovered from the virus.

Back on 13 December Saget said he got the COVID booster shot: “I went to the pharmacy the other day and got a booster shot. I should have gotten it in my arm, but I got it in my butt.”

Lloyd Austin, the fully vaccinated U.S. Defense Secretary who pushed for all troops to be vaccinated or resign, contracted the coronavirus.

Also making the news is the Democrat media star, Congresswoman Alexandria Ocasio-Cortez who is also fully jabbed and boosted who got the virus as did Rep. Michael McCaul who also received the booster shot and came down with the infection.

Why Get the Shot?

Fareha Ahmed, a mom who lives in Washington, D.C., said in an interview that she had been careful to avoid the virus and ate out only a few times since the outbreak began.

She was fully vaccinated and boosted and met with a work colleague at an outdoor venue prior to the Christmas holiday, The Washington Post reported.

She told the paper that she felt like her stomach was in her throat after she learned about the diagnosis and the fact that she exposed her family to the virus right before the holiday.

“I just ruined everybody’s Christmas, including my own family’s,” she told the paper.

Dr. Rochelle Walensky, the head of the CDC, was criticized on Sunday during an interview on Fox News for appearing to hold back information on the actual number of COVID-19-related deaths in the U.S. that were directly tied to the virus.

She was asked how many of the 836,000 deaths in the U.S. were directly tied to the virus. In particular, those without comorbidities.

"Yes of course with Omicron we're following that very carefully," Walensky responded. "Our death registry of course takes a few weeks…to collect. And of course, omicron has just been with us for a few weeks. But those data will be forthcoming."

Walensky told ABC News on Sunday that over 75 percent of COVID-19-related deaths occurred in people who had four comorbidities.

"So really, these are people who were unwell to begin with. And yes, really encouraging news in the context of omicron. This means not only just to get your primary series but to get your booster series, and yes, we're really encouraged by these results," she said.

TRENDPOST: The Trends Journal has reported extensively on the COVID-19 outbreak and the inability of governments to understand how to stop the virus’ spread. Instead, countries have failed at slowing the spread, and only destroyed economies. (See “VAX WAR: THE SHOT HEARD AROUND THE WORLD,” “NEW STUDY: LOCKDOWN LUNACY” and “AUSTRALIA: FOLKS FIGHTING AGAINST COVID WAR.”)

TRENDPOST: The number of COVID-19 infections among those who are fully vaccinated raised legal questions about the Biden administration’s effort to mandate these jabs. Luc Montagnier, the winner of the 2008 Nobel Prize in Physiology or Medicine for discovering the human immunodeficiency virus, and Jed Rubenfled, a constitutional scholar, wrote an op-ed in The Wall Street Journal questioning the merits of a mandate for a vaccine that does not seem to be effective.

“It would be irrational, legally indefensible and contrary to the public interest for the government to mandate vaccines absent any evidence that the vaccines are effective in stopping the spread of the pathogen they target. Yet that's exactly what's happening here,” they wrote.

TREND FORECAST: These massive demonstrations that are barely reported by the mainstream media, are just the beginning of a major march to Freedom... a shot that will be heard around the world. And, as we had forecast, new anti-vax, anti-establishment movements are now rapidly accelerating.

One of the main issues plaguing the government response throughout the outbreak has been inconsistent and inaccurate messaging. The Centers for Disease Control and Prevention was forced to admit last month that it overestimated the percentage of new COVID-19 cases caused by the omicron variant.

The CDC claimed that the highly transmissible variant accounted for 73 percent of new cases during the week ending 18 December. That number was revised to just 22.5 percent of all cases, which also raises questions about claims that vaccines are less effective against Omicron.

TRENDPOST: Again, while We the People are banned from the mainstream and social media to question the safety and efficacy of the “Operation Warp Speed” vaccine that has not been officially approved by the FDA, only the establishment “experts” are permitted to be heard... and followed.