GET VAXXED AND DIE 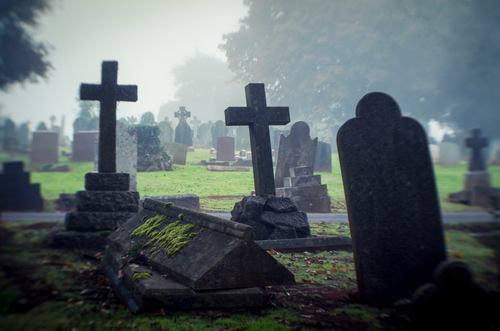 Health officials in the U.S. are seeing more vaccinated individuals dying from COVID-19 due to faster-spreading strains and vaccines that lose effectiveness at a faster rate than earlier, The Washington Post reported last week.

The paper, citing data provided by the Centers for Disease Control and Prevention, reported that vaccinated individuals accounted for 42% of the fatalities in January and February. The paper pointed out that those vaccinated accounted for 23 percent of the deaths as recently as September.

Elderly continue to face the most severe outcomes when infected.

About two-thirds of those who died during the recent Omicron surge were older than 75, the Post reported. The paper said this category made up one-third of the deaths during the Delta wave. Most who died have not received their booster jabs.

The Trends Journal has long noted that COVID-19 is dangerous for individuals with co-morbidities and the elderly. (See “VAX EFFECTIVENESS WANES EQUALLY FOR OLD AND YOUNG: FOURTH JAB COMING,” “AMERICA’S #1 COVID JAB SALESMAN GETS JABBED AND GETS THE VIRUS…LIKE OTHER BIG NAME JAB LOVERS” and “PFIZER DRUG LORD PUSHING YEARLY COVID JABS. CALLS THOSE WHO WON’T SWALLOW BULLSHIT, ‘CRIMINALS.’”)

Dr. Sara Y. Tartof, a research scientist and infectious disease epidemiologist at the Department of Research & Evaluation for Kaiser Permanente Southern California, said in a statement that Pfizer BioNTech COVID-19 booster doses significantly improve protection against Omicron, although that protection seems to wane after 3 months against emergency room visits, and even for hospitalization.

These researchers found that the Pfizer booster provided up to 90 percent protection against severe outcomes caused by the variants immediately after it was given.

TRENDPOST: It has been widely reported that vaccines are becoming less effective and for a shorter period of time when preventing infection from variants like Omicron, and the now-dominant Omicron sub variant called BA.2.

"By this fall, we may be on to a new variant. It could be sigma. It may be tau. There may be something new that may be circulating that we'll have to deal with," Peter Marks, director of the Food and Drug Administration’s Center for Biologics Evaluation and Research, told NPR in an interview. "We're going to have to make a good guess at what may be most effective.”

Nature magazine pointed out that researchers have been aware that the BA.1 subvariant “evades much of the protection that mRNA vaccines offer against mild-to-moderate disease.”

One researcher said BA.2 could be even more challenging for scientists with its ability to evade the vaccines.

The Post, citing health experts, made sure to tell its readers that the increase in deaths “serve as a reminder that vaccines are not foolproof and that those in high-risk groups should consider getting boosted and taking extra precautions during surges.”

Erica Pan, a California State epidemiologist, told the paper that vaccines are one of the most “important tools we have to protect ourselves” and these jabs have proven to be about 85 percent effective in preventing death.

“Unfortunately, that does leave another 15,” she said.