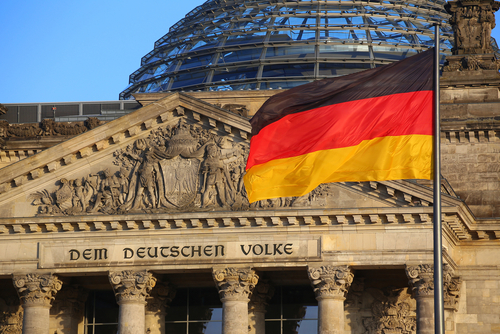 Olaf Scholz, the German chancellor, watched his dreams of forcing a segment of the German population to take a COVID-19 jab go up in smoke in the Bundestag last week.

The draft bill that would have mandated the vaccine for those over the age of 60, was killed easily, with only 296 members out of 683 voting in favor.

The vote was highly contentious and Scholz was apparently under the wrong impression that it would be close. He went as far as to recall Annalena Baerbock, the foreign minister who was taking part in a NATO meeting in Brussels about Ukraine, to participate in the vote.

As the votes trickled in, members of the AfD party, which is considered “far right,” cheered on the results. Scholz looked visibly dejected, reports said.

Scholz told reporters after the vote that he will not make a similar push again.

"I find the Bundestag's decision very clear," Scholz said. "We will do everything we can to convince more citizens of this country to get vaccinated.”

The Trends Journal reported on Austria’s attempt earlier this year to force its citizens to take a jab or face fines. But Vienna’s effort was met by severe protests and was never implemented due to the decline in cases and deaths. (See “AUSTRIA ENDING LOCKDOWN MANDATES, RESTRICTION AND FINES FOR UNVAXXED.”)

TRENDPOST: There are several reasons why so many are hesitant to get the COVID Jab. One is that this is the first mRNA jab ever injected into the human body that was rushed along under the “Operation Warp Speed” mandate.

Very few countries have implemented such a general mandate, and those include Turkmenistan, Tajikistan, Indonesia, and Ecuador.

German Health Minister Karl Lauterbach didn’t waste any time threatening the German population after the mandate’s defeat. He warned that Berlin may need to reintroduce requirements, such as mask-wearing, in the fall when infections are expected to rise, DW.com reported.

Germany's vaccination campaign is considered to be underperforming when compared to the rest of Europe, with only 76.6 percent of its population receiving a jab. Reuters reported that countries like Italy and Spain have populations with over 80 percent vaccinated.

The number of daily cases is also on a downward trend, with 201,729 new cases last Thursday. The country of 83.24 million had a total of 132,311 deaths since the start of the outbreak.

Sahra Wagenknecht of the far-left Die Linke party, told reporters that it was short-sighted of the government to force these jabs since it is unclear how effective these vaccines will be against future mutations, according to The Guardian.

“Stop trying to patronize people,” she said. “The coronavirus vaccine must remain a personal decision.”

TREND FORECAST: As we had forecast at the beginning of the year, for most of the world, the COVID War would wind down by late March/mid-April. It has.

Will it return? To some extent yes, but a large segment of the population and the business community is tired of fighting the COVID War and will resist draconian mandates to fight another round.